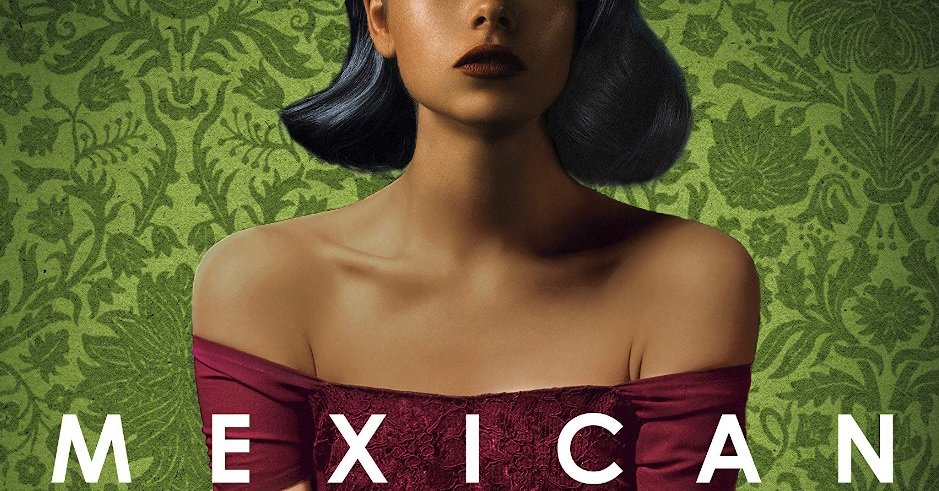 After receiving a frantic letter from her newly-wed cousin begging for someone to save her from a mysterious doom, Noemí Taboada heads to High Place, a distant house in the Mexican countryside. She’s not sure what she will find—her cousin’s husband, a handsome Englishman, is a stranger, and Noemí knows little about the region.

Noemí is also an unlikely rescuer: She’s a glamorous debutante, and her chic gowns and perfect red lipstick are more suited for cocktail parties than amateur sleuthing. But she’s also tough and smart, with an indomitable will, and she is not afraid: Not of her cousin’s new husband, who is both menacing and alluring; not of his father, the ancient patriarch who seems to be fascinated by Noemí; and not even of the house itself, which begins to invade Noemí’s dreams with visions of blood and doom.

Her only ally in this inhospitable abode is the family’s youngest son. Shy and gentle, he seems to want to help Noemí, but might also be hiding dark knowledge of his family’s past. For there are many secrets behind the walls of High Place. The family’s once colossal wealth and faded mining empire kept them from prying eyes, but as Noemí digs deeper she unearths stories of violence and madness.

And Noemí, mesmerized by the terrifying yet seductive world of High Place, may soon find it impossible to ever leave this enigmatic house behind.

Noemí Taboada is a young, sly socialite. Though she appears flighty, she has a solid backbone and is cleverer than people often take her for. Her family receives a frantic letter from her cousin, who has recently married a man named Virgil Doyle. Noemí goes to the Doyle family manor, High Place, where her cousin is living.

As with any haunted house story, High Place has its secrets. The Doyle family had come to Mexico from the UK generations prior, and started up a silver mine. Worker conditions were abysmal and the Doyles ruled the town. But when the revolution came and the silver dried up, they found themselves isolated and far more desperate.

Mexican Gothic takes a long time to get to anything overtly supernatural, preferring more subtle hints. Moreno-Garcia does an excellent job with all of the characters, who feel like they have a solid family dynamic even as it’s clearly fractured, and still fracturing.

Howard Doyle is the family patriarch, elderly and suffering from an old injury but still terrifying to the younger members of the family. Virgil, her cousin’s new husband, is handsome and charming and acts concerned about his sick wife, while also flirting with her attractive and less bedridden cousin. Francis is clearly the kindest member of the family, more awkward and scholarly and focused very intently on studies of mushrooms. The servants never speak, even amongst each other, the clearest sign of any that something is terribly wrong.

The town near High Place has a very strong sense of place as well, hinting at the kind of town that would have had those glory days but is now dwindling and diminishing. Noemí searches there for a doctor who can check on her cousin who isn’t intrinsically tied to the Doyles, and picks up medication as well.

“El Triunfo is small, it’s needy. Most people are goat farmers. Back when the Spaniards controlled the mine, they could support themselves making tallow for the miners. Not now. There’s a church and a very nice priest here, and he collects alms for the poor.”

As with much of my preferred kind of horror, there are moments in Mexican Gothic where we cannot quite tell what’s real. There are references to the classic Charlotte Perkins Gilman story “The Yellow Wallpaper.” Numerous dream sequences occur, but they are integral to the plot and not merely strange symbolism or opaque prophecy. As they become more elaborate, the book becomes much stranger and more compelling.

At the two-third mark, the book finally lays out its secrets, and the last third is a mad rush of a book, tense and thrilling.

Mexican Gothic suffers in two ways. The first is that Catalina, the cousin Noemí has gone to rescue, is weak or incapacitated for most of the book. She is the character we understand least, even as she’s the catalyst for the plot.

When Catalina spoke, Noemí didn’t mind, because her words never sounded like her parents’ reproaches. Catalina was a creature of sighs and phrases as delicate as lace. Catalina was a dreamer and therefore believed in Noemí’s dreams.

The other issue is that while there are a lot of important elements brought out earlier in the book, there aren’t many truly tense scenes prior to that final third. The entire end sequence is excellent, however, as everything is laid bare and all the incongruities finally make sense.

Mexican Gothic is an excellent haunted house story with some dark undertones of broken families, colonialism, and romance.