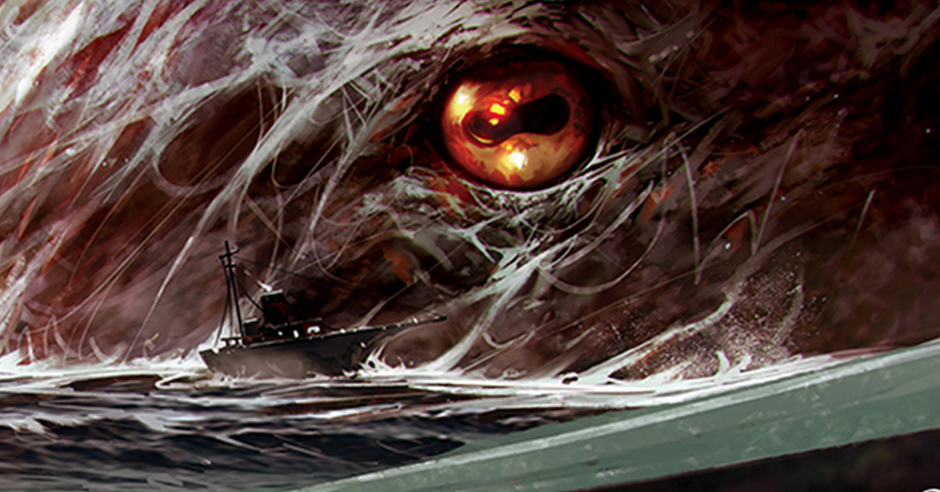 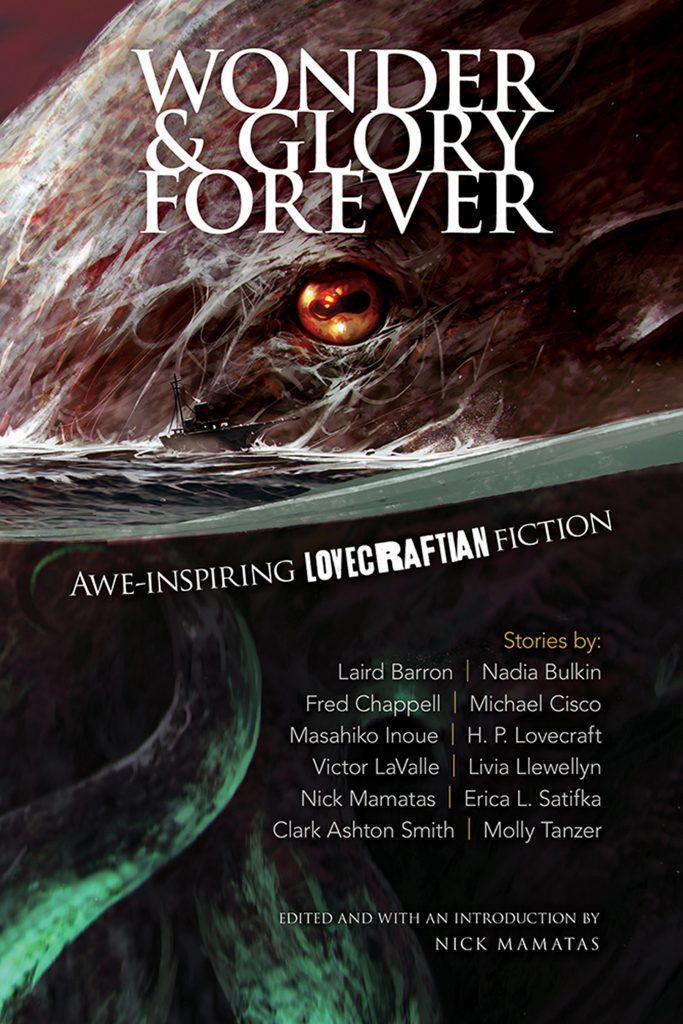 Even though he passed over 80 years ago, H. P. Lovecraft maintains a visceral influence over a host of contemporary writers. Inspired by the Master of the Macabre’s more optimistic writings, this unique collection spotlights the weird works of nine current horror and fantasy authors, including the award-winning Michael Cisco and Livia Llewellyn plus Victor LaValle, Molly Tanzer, and Masahiko Inoue. Also includes Clark Ashton Smith’s 1931 “The City of the Singing Flame” and Lovecraft’s own “The Shadow Over Innsmouth” as well as an extensive Introduction by leading Lovecraftian scholar Nick Mamatas.

Lovecraftian anthologies are extremely common, ranging from pulp action to comedy to horror. Wonder & Glory Forever, edited by Nick Mamatas, does something differently. In Mamatas’s words, “I…saw a thematic gap; most Lovecraftian fiction either cultivates dread or attempts some kind of goofy humour, but the stories I tend to prefer instead mine the undercurrent of awe and the sublime in Lovecraft’s own stories. There’s a strong trend in horror fiction and cinema to identify with the monstrous as opposed to the human element.” (from an interview with me which can be seen, here.

Wonder & Glory Forever, therefore, focuses its stories on the concept of vastation: the malice of the made or revealed cosmos. The idea isn’t to scare, though many stories have eerie elements. It’s aiming for that elastic moment when the mind reaches for and cannot quite hit what is being described.

The first story comes from H.P. Lovecraft himself, the novella that Wonder & Glory Forever takes its name from: The Shadow over Innsmouth. While it seems likely that many people reading the book will have read this popular story of his already, Mamatas points out in the epigraph that people will come to Lovecraft from all sorts of angles, and this might well be their first time actually reading his work directly, rather than seeing it second-hand through pop culture.

After Lovecraft, our first modern story in Wonder & Glory Forever is Nadia Bulkin’s Seven Minutes in Heaven, the kind of story that starts off reading like completely realistic fiction and just shifts ever-so-slightly several times throughout, until the solid ground you thought you were standing on has vanished.

Laird Barron’s Vastation takes a wildly different approach, getting us into the point of view of a superhuman with the ability to manipulate time and space. It is incredibly clever and well-written, with a fantastic point of view and narration. It feels rushed in the best sense of the term, that these images just keep flooding and cannot be stopped, and there is no slowing it.

Michael Cisco’s Translation is a stand-out short story, focusing on an attempt to translate an ancient tablet in a language that uses its tenses very differently than we do—and that strange tense usage infects the entire story. It shares DNA with Ted Chiang’s Time of Your Life (the story adapted into Villeneuve’s film Arrival) but is very much its own thing, and retains a more horror-tinged air.

Wonder & Glory Forever finishes with Clark Ashton Smith’s The City of Singing Flame. Smith was a contemporary and correspondent with both Lovecraft and Robert E. Howard, the author of Conan, Bran Mak Morn, and plenty more. The three of them often plucked concepts and terms from each other and used them in their own stories.

Wonder & Glory Forever has some utterly brilliant short fiction in it. In a subgenre of a subgenre, Lovecraftian fiction can become simple pastiche. But in the hands of authors like these, it excels and shows us vastation.