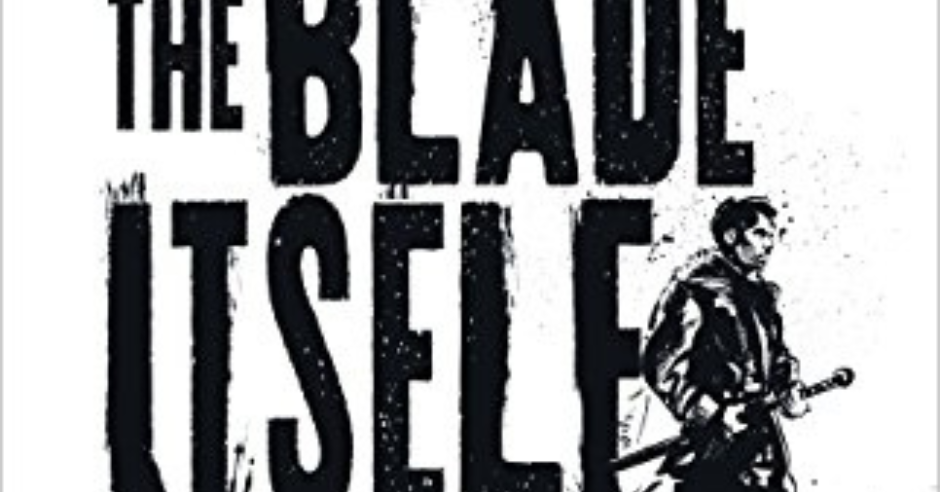 Overall, the book was simply incredible.

Logen Ninefingers, infamous barbarian, has finally run out of luck. Caught in one feud too many, he’s on the verge of becoming a dead barbarian — leaving nothing behind him but bad songs, dead friends, and a lot of happy enemies.

Nobleman, dashing officer, and paragon of selfishness, Captain Jezal dan Luthar has nothing more dangerous in mind than fleecing his friends at cards and dreaming of glory in the fencing circle. But war is brewing, and on the battlefields of the frozen North they fight by altogether bloodier rules.

Inquisitor Glokta, cripple turned torturer, would like nothing better than to see Jezal come home in a box. But then Glokta hates everyone: cutting treason out of the Union one confession at a time leaves little room for friendship. His latest trail of corpses may lead him right to the rotten heart of government, if he can stay alive long enough to follow it.

Enter the wizard, Bayaz. A bald old man with a terrible temper and a pathetic assistant, he could be the First of the Magi, he could be a spectacular fraud, but whatever he is, he’s about to make the lives of Logen, Jezal, and Glokta a whole lot more difficult.

Murderous conspiracies rise to the surface, old scores are ready to be settled, and the line between hero and villain is sharp enough to draw blood.

Unpredictable, compelling, wickedly funny, and packed with unforgettable characters, The Blade Itself is noir fantasy with a real cutting edge.

Very few authors I have read can pull off making the astoundingly three-dimensional fictional characters so compelling that one actually longs that one could sit down and have an adult beverage with these made-up rogues in a tavern and listen to them for hours talking about their life stories.

For me, Glotka is one of the best protagonists (of several in the story) in modern fantasy fiction. Somehow, although the author, Abercrombie, has been heralded by many pundits as the anointed king of “grimdark” fantasy, despite his extremely bloody and realistic fight scenes, images of vicious torture and maiming, even rape, the dichotomy was that I found “The Blade Itself” uplifting and in many ways positive and even tender in terms of its overall tone.

Overall, the book was simply incredible. I love character driven fiction and Abercrombie does not disappoint. I’ve heard criticisms that the entire “The First Law” series is somewhat devoid of good world building but I did not find that to be the case. What I did find was that, while the world created in the novel and the series were excellent, but the characters were SO good that the world building aspect became very secondary, unlike some other works were the magical system, geography, history, etc can sometimes overwhelm and outshine the characters and even the plot.

Abercrombie has become one of my favourite writers and all his accolades at being near the top of the contemporary fantasy writer pecking order is well deserved.

Read The Blade Itself

Review -; The Hand that Cast the Bone by H.L. Tinsley