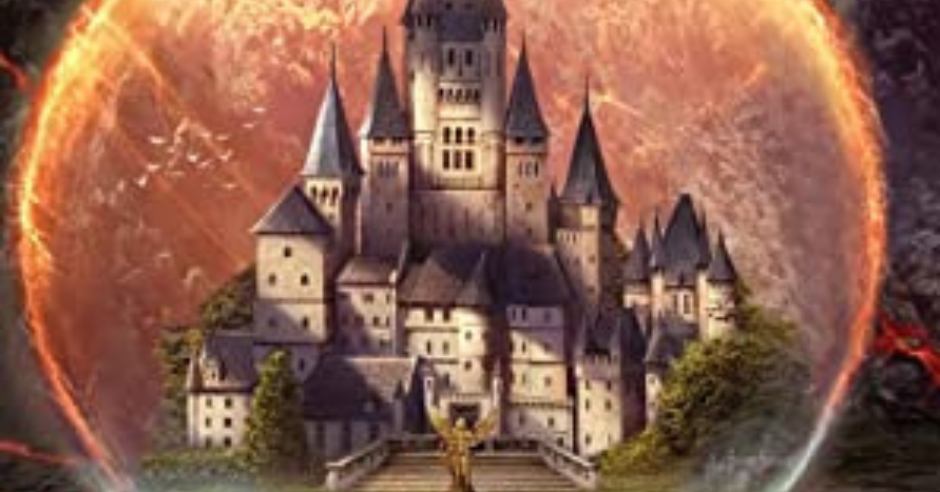 Palladino’s novel, The Trials of Ashmount is a promising start to his fantasy series, and a deliciously brutal, grimdark world.

Cedain lies on the brink of war and destruction. In a brutal, unforgiving world, where betrayal, violence, and self-serving politics are an everyday occurrence, five individuals must overcome their own tragedies and weaknesses to survive. And at the centre of all this is Ashmount, the University of Arcanical Arts, which is dedicated to the teaching of the five branches of magic.

John Palladino has created a vast and varied world for our characters to inhabit. One of my favourite aspects of the fantasy genre is world-building and Palladino has that in spades. Each of the five main characters each inhabits a different part of Cedain, and the landscapes, peoples, and cultures are wonderfully realised. The idea of the university positioned under an active volcano, surrounded by a powerful magical shield is fantastic, the front cover illustrates this brilliantly. Another aspect of world-building Palladino did very well, were the magic systems. They were well thought out and integrated into the story organically.

What is also apparent after reading through the first few chapters, each chapter a character POV, is that Palladino inhabits the grimdark sub-genre and this is evident as we are introduced to our five main protagonists, Edelbrock, Villic, Sera, Kelden, and Demri. The two standout characters for me were Villic, a nomad warrior who discovers that a magical being lives within him, and Kelden, a young man who travels to Ashmount to see if he has the Trace, the ability to use magic. Both characters had the most engaging story, and their chapters had good pacing and dialogue. Edelbrock’s story, on the other hand, a noble fallen from grace who loses everything he owns and is thrown into a form of gladiator games, felt a little cliché. It’s a trope I have seen done once too often and therefore I didn’t engage with Edelbrock’s storyline as much.

Palladino’s prose, for the most part, is fluid, making for an easy read. On occasion I found his writing a little herky-jerky and found myself having to go over lines again. But where John excels at is dialogue. His sardonic humour, and by extension, his character’s humour, makes for some thoroughly entertaining dialogue. One particularly moustache-twirling character, Scayde Haklon, was an absolute devilish delight to read with some scene stealing moments.

Palladino’s debut novel is a promising start to his fantasy series, and he has created a deliciously brutal, grimdark world, filled with a whole horde of colourful characters. If you are a fan of grimdark fantasy, you will lap this up like a cat to milk. When you read the glossary at the beginning of the book, and it’s titled ‘People Who May Die’ you know you are in for a ride.

Whilst this was an enjoyable, fun read for me, there were a few things I didn’t connect to, so unfortunately this is a cut.

Read The Trials Of Ashmount