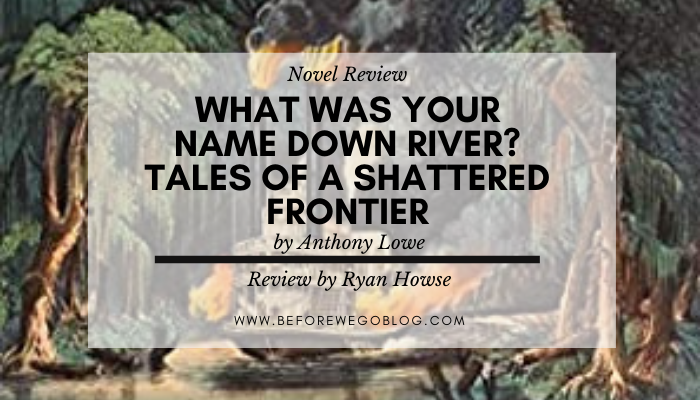 Review – What Was Your Name Down River? Tales of a Shattered Frontier by Anthony Lowe

Home » All Reviews » Review – What Was Your Name Down River? Tales of a Shattered Frontier by Anthony Lowe

What Was Your Name Down River is”…a fast-paced weird western with a great sense of setting and voice.” 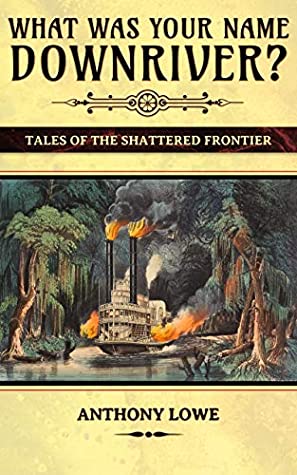 What Was Your Name Downriver? Takes of Shattered Frontier

TALES OF SIX-GUNS AND SORCERY!

Evaline Cartwright, an apathetic bounty hunter, and runaway Trivan Esterhazy are newly-met on a riverboat heading north out of the violence of the gold fields and back towards civilization, but a rogue mage and mutinous passengers have ensured their rather hasty alliance.

Beset by foul magicks, the women will have to navigate hostile country together, using their wits and weaponry both, to have any chance of reaching their destination alive.

What Was Your Name Downriver? is an introduction to The Shattered Frontier, a Tolkien-esque fantasy world that has advanced into an age of steam, gunslingers and gold rushes. Follow Evaline and Trivan in their adventures across one of the most hostile counties in the land, replete with scoundrels of all shapes, sizes, and magickal ability.

What Was Your Name Downriver?, a novella

“The Horse Thieves of Ariasun County,” a short story

“Gunfight at the Thornmount Colossus,” a short story ***Runner-Up for the 2016 Baen Books Fantasy-Adventure Award***

What Was Your Name Downriver by Anthony Lowe is a fast-paced weird western with a great sense of setting and voice. It starts with two people—Evaline Cartwright and Trivan Esterhazy—who meet on a riverboat on a frontier. The early scenes on the riverboat do a lot of scene-setting and character-setting which pays off as the book ramps up.

Cartwright is a bounty hunter who’s been around a bit and knows the score. Trivan’s a runaway from home, a half-rath forced to run after the death of her father. Both characters develop a solid rapport quite quickly as they try to protect each other.

One aspect I feel helps a weird western feel like its own subgenre is the voice. Lowe has a great grasp on this. It’s more than just the phrases, like iron in lieu of pistol, or lawkeeper, but those help. It’s the idiosyncratic uses of language that give a weird western a particular feel.

“Tell you what I heard,” said one of the men, waiting his turn. “Feller gets stopped by a lawkeeper near Little Horn. Middle of the night. He gets stopped on account of the five or maybe six, ‘rathlings tied up in his cart. Lawkeeper shines a light, sees the tears in the young’uns eyes and their little knifey ears. ‘What is the meaning of this?’ asks the lawkeeper. He’s reachin’ for his gun at this point, I think.

The man with the cart, he just can’t stop smiling. He just looks at the lawkeeper and says, ‘A kindness, mister. A kindness. These children is without their parents. Orphans,’ this man keeps saying. ‘Orphans, believe you me.’ The lawkeeper ain’t buying it. He asks the man, ‘How do you know them ‘raths is orphans? How do you know?’

And the man with the cart replies, and he’s still smiling when he says, ‘I know they’s orphans ‘cause I killed their parents myself.”

The dice tumbled off the deck and plucked the surface of the water as they disappeared forever.

“Damnation,” another man said. “That’s why you aim for the wall, girl.” He slapped the outside of the pilothouse. “The wall.”

The magic in this setting is wild, chaotic, and intense. Spellcasting will wipe out all the wildlife in an area. Certain iron enchantments can deflect some level of magic, but up against those who can ignore the laws of reality, there aren’t a lot of defenses.

The spells used don’t seem to quite work as the mage hopes. Some of the tensest scenes included an attempt to communicate with the mage who had burned out the brains of everyone who lived in a village by getting the mage’s thralls to do specific things.

Surely it was a clear sign of insanity to be able to look upon a mass of walking corpses with their eye burned out and improvised weapons in their hands and to be able to say with absolute certainty, “Well, this is familiar.”

The book is short and lean, with no space for digressions, but as a novella it packs quite a punch. This book has an excellent concept of its setting and characters, and uses them to its fullest. Its voice is strong and Lowe knows what he wants out of the book. I enjoyed it a lot.