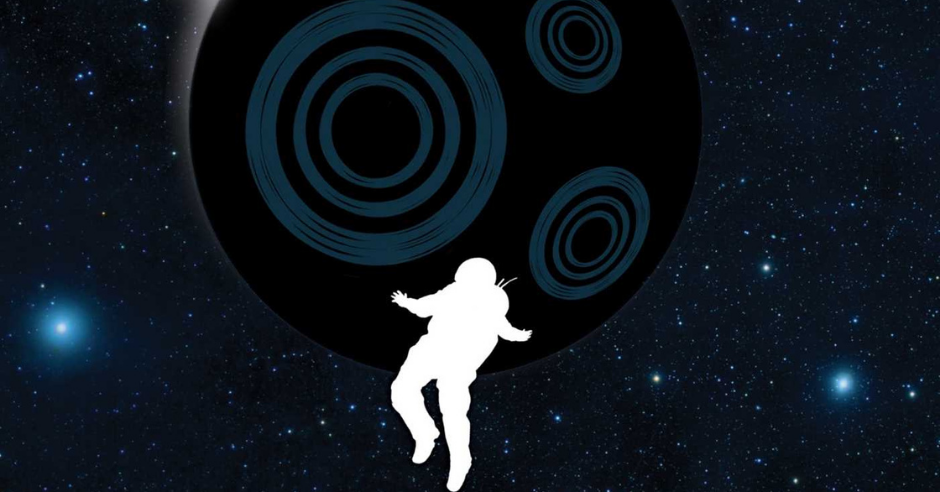 “Captain Kirk would have thought of something by now, I’m sure, but I have no red-shirted confederates to feed to it.”―

I got lucky; when a probe sent out to explore the Oort Cloud found a strange alien rock and an international team of scientists was put together to go and look at it, I made the draw.

I got even luckier. When disaster hit and our team was split up, scattered through the endless cold tunnels, I somehow survived.

Now I’m lost, and alone, and scared, and there’s something horrible in here.

Walking to Aldebaran, Adrian Tchaikovsky’s deeply disturbing novella that hearkens back to Phillip K. Dick’s mind-bending science fiction, Lovecraftian cosmic horror with the comedy of Andy Weir’s The Martian. While each of these genre types: psychological horror/science fiction, cosmic horror, or comedic horror/science fiction, would work in the setting of this story, a space artifact of massive proportions named the Frog God after its amphibians features, the combination of all three types allows the story to hit all the buttons.

As a reader, you are mesmerized and transported by the intense attention to detail Tchaikovsky displays in his worldbuilding. You are made to laugh at Gary Randall, possibly the only survivor of his crew, as he quips and makes jokes about the aliens he meets, about Star Trek, and having to eat the random creatures he finds amongst the tombs. This humor lulls the reader into a false sense of normalcy, all is right in Gary’s head, or so we think.

Finally, Tchaikovsky brings out the existential Lovecraft-type terror of Cthulu monsters of unknowable cosmic origins hunting and being hunted by Gary. This combination of pacing and types makes Walking to Aldebaran both hilarious, unsettling, and horrifying in equal measures.

“Captain Kirk would have thought of something by now, I’m sure, but I have no red-shirted confederates to feed to it.”

The premiss is thus, Gary, an astronaut in combination with many national space agencies, put together a crew to investigate an object that was found in deep space. This is a decade’s long voyage to the thing deemed The Frog God, as Rocky McRockface had already been taken. It has a large orifice, about the size of the moon sitting in its “face.” It also had smaller orifices, some conveniently man-sized. All very enticing for a world desperate to see something alien.

Gary and his crew set off on the long journey, sleeping in shifts. Gary, one of four pilots. All hail government redundancy. Three pilots will rest while one of the other pilots looks around nervously and touches nothing.

“I was also one of the pilots, although space piloting is one of those situations where they should really equip you with a dog, so your job is to feed the dog and the dog’s job is to bite you if you touch any of the expensive equipment.”

Finally, after much space flight and years, the crew arrives at the frog god. After sending in most of the probes and had them immediately disappear or stop working entirely, it is decided a human team is necessary. They drive a vehicle aptly named Quixote through one of the many odd-shaped orifices. Once the team drives Quixote into the oddly human-sized shaped hole, they discover and are either delighted or suspicious tinged with terror.

This particular hole has an excellent combination of blended oxygen, a nitrogen atmosphere with a comfortable .91G, and slightly under one pressure atmosphere. Almost as if it had been designed for them. That is a chilling thought; if there is a human-shaped hole, what goes in all these other holes?

“We weren’t prepared,” Gary extols. They had no idea what was ahead of them once they went into the oddly shaped human-sized hole. “We labored off into the dark, the beams of our lamps seeming more and more inadequate as the shadows gathered in front of us.” The team found in those first few long moments of discovery in the crypts’ bowels were pain and destruction.

A pseudopod, a creature of such inhuman characteristics, clung to the ceiling and rained tentacles with sharp hooks and points down on the unsuspecting crew. Astronaut Gary Randall, the creme of the top of human ingenuity and education, did the only thing he could do. He ran like his ass was on fire.

He ran and eventually got lost.

The crypts were that while we can use our very human understanding of physics and nature, those will be understood through a human lens. We humans, and Gary specifically, cannot fathom the purpose of what he was exposed to inside the crypt. Rooms with different pressure and atmosphere, and rooms that had no gravity. Pits, traps, creatures made of glass, ones made of intestines, all who want to kill Gary.

No light, mostly no sound. Just Gary alone in the most foreign lands, in the blackest dark, with no hope, mentally dealing with things no human should or probably can. Also, Gary’s body was physically changing. Why and how he has no idea. As the story progresses, Gary’s proverbial cheese slowly slides off its cracker. He knows he is losing it. He doesn’t care; he is embracing the crazy. He is internalizing it and using it as a weapon. If he is crazy, maybe nothing crazy will upset him anymore. Gary finally cracks.

The chapters that swing back and forth between the beginning and middle of the story show the changes in Gary’s mental state. His altered state is funny, he cracks jokes constantly, and it is calming. You might think that his situation is funny. Until you remember the context of what he is living through. I liked how Tchaikovsky handled this. Instead of powering through the story from beginning to end, offsetting the chapters adds to the narrative’s wobbliness. Gary is off his damn rocker, and so is the way the story is being told.

The ending of the story is terrifying and reminds me of Event Horizon. It is in line with how Gary progresses mentally, but the way that Tchaikovsky wrote it made it all the scarier.

This book is a fine example of Adrian Tchaikovsky and why he is becoming such a force in Science Fiction/Horror/Fantasy writing. It is examples like this and how he can pack so much terror into such a short story that shows his skill—the story clocks in around 130 pages. Also, might I recommend listening to this on audio. I had the fortune of listening to this and reading it simultaneously, and Tchaikovsky does the voice for it and well.

I recommend it, and I know many readers looking for a little horror flavored science fiction would enjoy it.