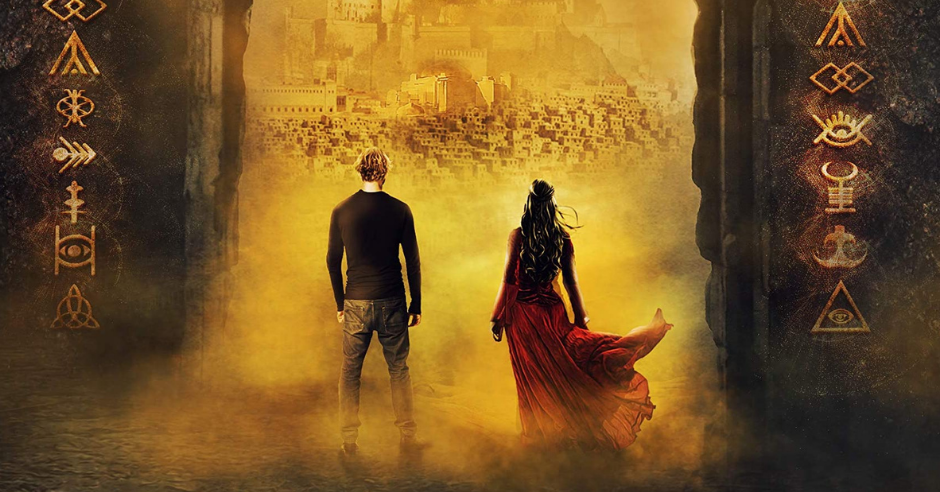 #SPFBO Review and Cut – The Dividing by Devin Downing

By Steve CaldwellAugust 21, 2021No Comments

“To secure her crown, Rose must acquire the power and prestige associated with the guard. Only guardsmen have access to the amulets—powerful weapons that grant dominion over the elements.”

Adamic is the language of the Gods. When spoken, it has the power to create worlds, to raise the dead, to make man as God.

Fortunately, no one has spoken it in thousands of years. The only remnants are the written spells.

The people of Cavernum depend on these spells. They’re etched into the city walls, fending off the feeders—deadly creatures with a thirst for human blood.

They kill and consume any caught beyond the walls. Yet for the lower class, Cavernum isn’t much safer. Children starve, and illness runs rampant. I

n an effort to maintain order, all children turning 18 are subject to The Dividing—a city-wide competition for the highest paying guilds. Those who aren’t accepted are sent to the fields, condemned to a life of slave-labor.

Princess Roselyn Malik has trained her entire life for The Dividing. She’s guaranteed a spot in the royal orchestra, but equalist rebels threaten her throne.

To secure her crown, Rose must acquire the power and prestige associated with the guard. Only guardsmen have access to the amulets—powerful weapons that grant dominion over the elements.

Meanwhile, in Colorado, Matt will do anything to help his terminally-ill adoptive mother. For now, that means poaching to pay the bills. Until one day, Matt is attacked by a feeder and plunged into the world of Cavernum.

There too, Matt is drawn to the guard, in search of a magic strong enough to save his mother.

But danger lurks beyond the walls, and Cavernum won’t be safe for long.

I got The Dividing in my grouping of review books for SPFBO7, so had no idea what the book was about aside from being fantasy in some way. It turns out this is in the Portal fantasy category, which is one of my favorite sub-genres, so that wasn’t a bad thing at all. And now, the review.

The story starts with a prologue, which I always enjoy, with a city being attacked by a magical force that somehow overcomes the defenses. A woman with a baby is on the run from some sort of creatures, and her husband lays down his life using powerful magic to let her escape. I have to say, this is definitely a solid opening for a story. Magic, family on the run, cities falling to monsters. It’s a solid foundation.

With a solid foundation, I expected the story to take off. I was surprised at the pacing, though. It’s pretty slow going for a while. We are introduced to the two main characters early on, Matt in the mundane world and Princess Roselyn in Cavernum, which is a city hidden on the other side of one of the portals.

Matt has a mysterious past, having been a foundling on a doorstep, and raised by the people he’s left with. Kind of an old trope, but it can be effective. Roselyn, on the other hand, is a princess, and the heir to the throne, who’s path is guaranteed, but of course, she doesn’t want it.

She wants to join the guard, who have access to the magical amulets that let certain people control elements. Of course, she is the best at everything she does, and is overconfident in every decision, leading to some truly heinous problems as the social order breaks down. I just found her to be the typical YA kind of character, better than everyone else.

Why? Don’t know, she just is. Matt just kind of blunders along into the portal. Why? Because the story needed him to just wander into a potentially dangerous area to advance the plot, that’s why. I won’t spoiler it, but Matt’s decision making is typical of a lot of YA books, and just left me kind of cold. A lot of the character’s decision making was like that. Just done to move the plot, whether it made sense or not.

While the story does have promise, this contest is about showcasing the best of indie fantasy and though this book has appeal and should appeal to fans of YA, it’s a middle-of-the-road story with some head-scratching moments for me. While not bad, it’s merely solid, not the kind of special that I would move on to the next round, so its journey in SPFBO7 will not continue past this round.

I have literally been a fan of fantasy/magic my whole life, with some of the earliest memories I have being my mother stories of brujas and spirits in the town in Puerto Rico where she was born.

What really flipped the fantasy switch on full, though, was discovering a battered copy of the Sword of Shannara that cost me 25 cents at the local used book store when I was 11.