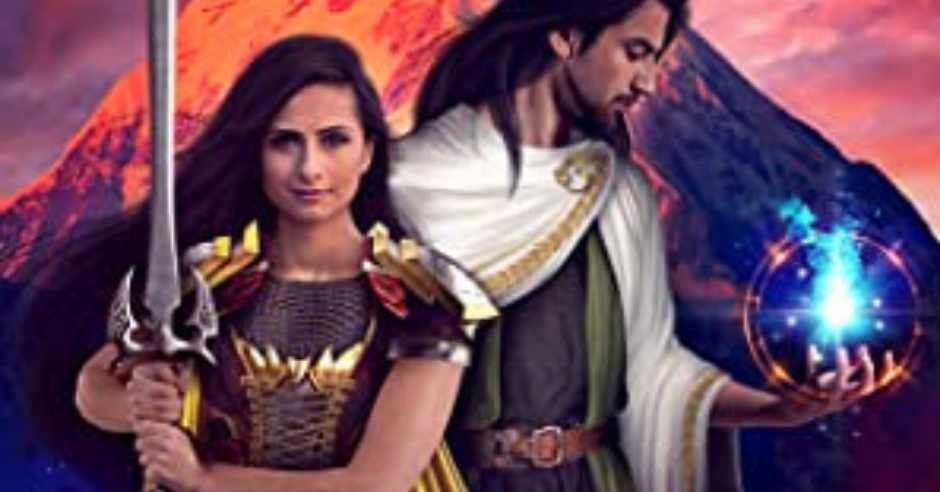 “Complex political machinations across the continent, a society of magical Elementals, and the two immortals – the titular ‘deathless ones’ – who could be the death of them all, factor into a far reaching story that is clearly heading to an interesting climax. “

In the world of Terrin, the Elementals are worshipped, but in the war torn continent of Atoth, in the ruins of an old Empire, the warlord Semil plots to imprison them. All that is missing for success is two people who cannot die.

Madh and Sadjah have hidden themselves for as long as they can remember. Their inability to die makes those with power hungry gazes want them. When Madh is discovered by the Elementals, everything changes. Truths have to be faced, and they cannot remain aloof from the world any longer.

Trapped in a besieged city with Semil’s armies at the gates, and the tentative alliance between the other three warlords the only thing protecting them, Madh and Sadjah realise that even the Elementals have their own agendas. Their only way out is an impossible choice, one that would change the world of Terrin for good and leave it more vulnerable than ever.

Sometimes, even a choice is a sacrifice.

Niranjan K’s The Deathless Ones is a sprawling work in the style of Game of Thrones-esque fantasy. Focusing on feuding warlords, political intrigue, and a set of powerful magical beings, this one does have it all, wrapped in strong, flowing prose that could certainly appeal to fans of GRRM.

However, the opening proceedings of the books felt quite dry to me, especially as I didn’t feel like I really connected with any of the characters on more than a base level. This is unfortunately compounded by the fact that there are quite a bit of them to keep track of, especially in the first few chapters. While this could easily be my own fault, I did find myself backtracking to keep them straight, as their voices tend to blend together, as well as their appearances (almost everyone is described as having grey eyes).

That does do the story a disservice, as there are quite a bit of moving parts to the narrative. Complex political machinations across the continent, a society of magical Elementals, and the two immortals – the titular ‘deathless ones’ – who could be the death of them all, factor into a far reaching story that is clearly heading to an interesting climax. But the cloudy characterizations as well as intermittent pauses to describe the settings and appearances – while well-written – slow down the pace of the story and prevented me from fully comprehending exactly how things were going.

I’m sure The Deathless Ones would appeal to most who lean toward complex, faction-based, magical fantasy war fiction (did I just make up a genre?), it just didn’t hit the mark for me. So if that sounds like your thing, please go out and grab a copy.

But while I think this has the makings of a great book, it falls a little short to my personal taste, so I’m afraid I’ll have to cut it from the running.

G.M. Nair lives in New York City and in a constant state of delusion