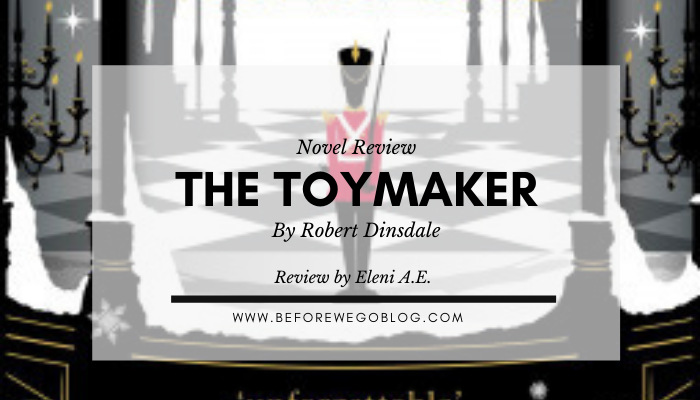 Review – The Toymakers by Robert Dinsdale

Home » All Reviews » Review – The Toymakers by Robert Dinsdale

Would you join me in talking about my latest obsession ? 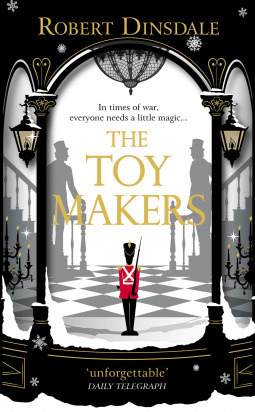 Do you remember when you believed in magic?

The Emporium opens with the first frost of winter. It is the same every year. Across the city, when children wake to see ferns of white stretched across their windows, or walk to school to hear ice crackling underfoot, the whispers begin: the Emporium is open!

It is 1917, and London has spent years in the shadow of the First World War. In the heart of Mayfair, though, there is a place of hope. A place where children’s dreams can come true, where the impossible becomes possible – that place is Papa Jack’s Toy Emporium.

For years Papa Jack has created and sold his famous magical toys: hobby horses, patchwork dogs and bears that seem alive, toy boxes bigger on the inside than out, ‘instant trees’ that sprout from boxes, tin soldiers that can fight battles on their own. Now his sons, Kaspar and Emil, are just old enough to join the family trade. Into this family comes a young Cathy Wray – homeless and vulnerable. The Emporium takes her in, makes her one of its own. But Cathy is about to discover that while all toy shops are places of wonder, only one is truly magical…

Papa Jack’s Toy Emporium opens with the first frost of winter. It is the same every year. Across the city, when children wake to see ferns of white stretched across their windows, or walk to school to hear ice crackling underfoot, the whispers begin: the Emporium is open! The Emporium sells toys that capture the imagination of children and adults alike: patchwork dogs that seem alive, toy boxes that are bigger on the inside, soldiers that can fight battles of their own. Into this family business comes young Cathy Wray, running away from her past. The Emporium takes her in and makes her one of its own.

This is the general plot that caught my eye one day a couple weeks ago while mindlessly browsing for books to add onto my Amazon list. Or rather, this plot made up my mind to click that delightful ‘Buy Now’ button in the corner of my screen after I’d been drawn in by a little faceless toy soldier staring at me.

Around that time I had posted on Instagram about not intending to ever give away my favorite toy, and the little fun coincidence of happening upon a book about a toy emporium tickled me significantly.

Furthermore, I am a sucker for late Victorian or early 20th century settings, and seeing in a review that the story itself spans from 1906 to sometime after the second World War, I was oh so intrigued. Several shipping days later, and right in the middle of writing a soul withering Continental Philo essay for uni, I started reading this wonderfully magic, or magically wonderful , work. These two words specifically will be very much used here FYI, for magic and wonder are perhaps two of its most defining elements throughout!

Written partly in second and partly in third narration, the narrator quite literally takes you by the hand to tell you a story about magic, love, envy, family, hardship, truth, war and life.

I’ve seen some comments classify it as a fairy tale for adults and I guess that would be quite fitting given the themes touched upon, such as teen pregnancy, prejudice, unjust imprisonment, and workcamps, or the realities of combat and it’s after effects. And all of this without any of the explicitness or gore and other usual triggers expected in books for readers above a certain age. As such, it would be a disservice to the author to say this is a book only for adults. In fact, the tastefulness and sometimes downright simplicity with which each topic is worked through, gives this book a great many dimensions which make it a great and impactful read for many ages. Each able to draw from it what they need, and take away different levels of understanding, which I personally think is one hell of an achievement in writing.

It should be mentioned though that the wonder and magic and general wholesomeness of the first half does get weighted down some in the second half, once the fancy veil of childish wonder is torn and we start noticing a starker reality seeping through. By no means a bad thing.

There is a growth in the characters – especially main boi Kaspar, my child, the world doesn’t deserve you-  which the reader experiences as well. I was truly so taken by those tipping point chapters that I had to remind myself to actually breathe while reading them! And that was also because of how invested in the characters I got.  Each protagonist had such complexity and depth, I would almost forget I was reading about characters on a page and not actual human beings.

People go through things, sometimes major events in their lives, and they inevitably change. It seems simple as a concept, but it can be very hard to understand and not just by others, but by the person having to accept that change as well. That is perhaps where Dinsdale shines the most. The way this tale is woven, the small details that flesh out each act of the book, and each character’s actions and mannerisms, paired with the historic truth of the setting, presents the reader with nothing held back for the sake of fiction read.

I felt all the feelings, and when I say all,

Mostly rage at some point, but that’s beside the point.

What is important in the end, as Papa Jack says, is to remember that all of us where once children who played with toys. I think I learned some things with this book, or rather I was reminded of them and learned to view certain feelings in a different light. And all this from a standalone fantasy novel which drew me in with the promise of a magic toy emporium, and didn’t let me go till the very end with a lingering bittersweetness that has been with me for days.

I will surely be reading it again, (actually fighting the urge to buy the hardback copy as well – the cover is slightly different – since both editions are beauties!! ) and have been suggesting it to friends left and right, some I might’ve given no choice to but they know it’s for their own good, and I *need* people to talk about it with, without worrying about spoilers.

You can follow Robert Dinsdale on twitter and his website http://www.robertdinsdale.com/  and all of his books are available on Amazon with a new one, Paris By Starlight, on the way!

P.S: a few hours after I finished reading the book ( at 4am cause who needs sleep anyway) my music on shuffle turned to Trevor Horn’s cover of Everybody Wants to Rule the World featuring Robbie Williams, and instantly I had a theme song for the book!! If you happen to want to give it a try I’d suggest listening to it while reading Cathy’s first visit to the Emporium. But it clicks quite well throughout for the characters.  It felt so beautifully fitting both for the music composition reminiscent of Christmas, and the lyrics it was almost magic 😉

Review Originally Appeared on Eleni’s Own Site. Check it out Here. 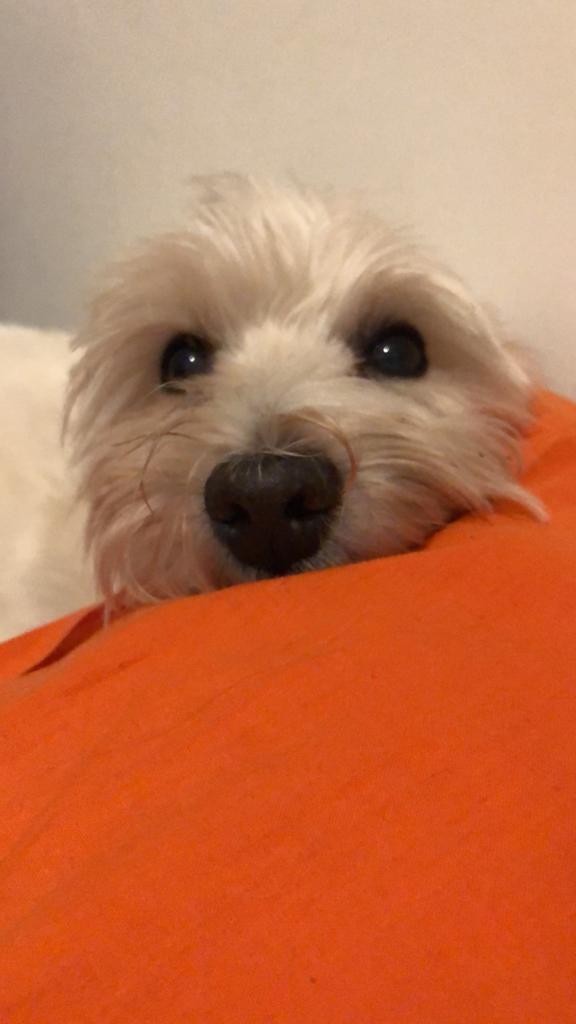