Home » All Reviews » Review – The Chosen Twelve by James Breakwell

This is a highly imaginative novel

The Chosen Twelve by James Breakwell touts itself as a Lord of the Flies and Phillip K. Dick type story. For the most part, it does hit those marks without straying too far into either one to be uncomfortable for readers. Which I think is this story’s most significant flaw. The subject matter should be uncomfortable. However, even with me wishing that Breakfield took a much bigger leap to the dark side, this is a great novel that I thoroughly enjoyed. 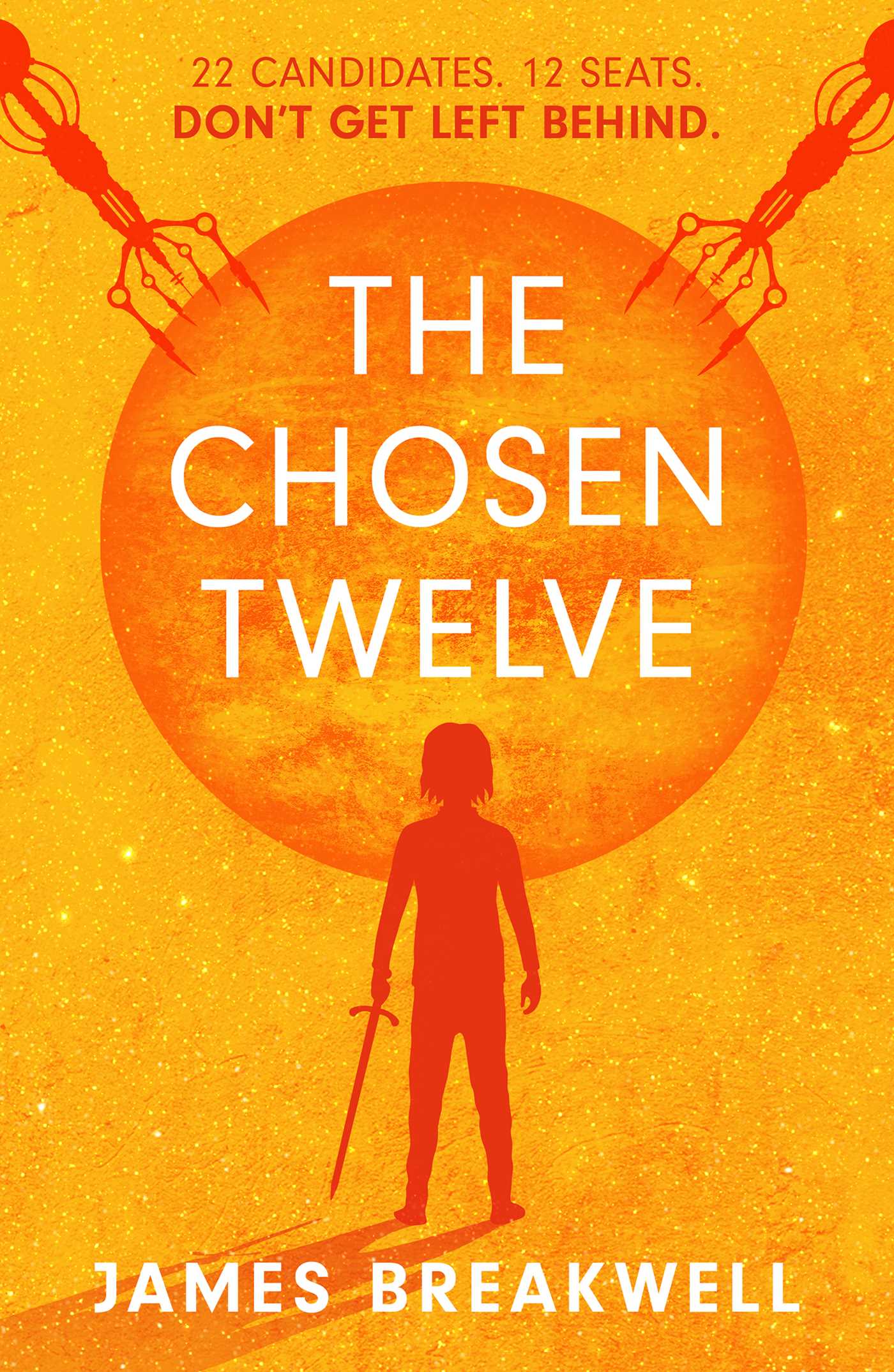 The Chosen Twelve starts with, “God lived in the coffee maker on deck four. Only Gamma Knew.” Gamma, one of humankind’s last organic beings, is standing before a door that may or may not be trying to kill him. On the other side of this door might be God. If only he could make it through this door.

You see, in Gamma’s world, most of the machines are trying to kill the organics. Their programming has fizzled and popped and, in many cases, gained sentience. The machines have learned that humans should die. If Gamma steps through this door, he could be crushed to death. But on the other side, there might be answers. Gamma’s life has been long, and he has been kept in the proverbial dark by the machines that control his survival. But like a man searching for water in the desert, Gamma believes that he can get answers if he can just make it through this door.

Gamma runs through the door, but the door is too quick and catches his arm and almost severs it. He begins to scream, but the ship is so big and full of so many things trying to kill him; the odds are that he will die with his arm trapped like a bear caught in a bear trap.

The “children” of the story, all 22 of them, are the last humans in the universe. The artificial intelligence that controls their ship grew them from embryonic form with the help of another machine designated, Edubot. The 22 fledgling humans were raised and educated according to the machine’s ultimate goals. The humans would survive and help repopulate a planet and serve the machines. Thus helping create new computers from the raw materials on the colonized planet, they found. The children also live exceptionally long lives, with the help of technology, but are kept at the physical maturation age of 12.

They are 12 years old, but not really.

The machines waited until the right moment to send the children to the planet and begin reconstruction, and that time is now.
Conflicts arise with the AI that controls the humans and with each other. We get our Lord of the Flies moments with that many different personalities and skill levels and only 12 seats to go to the planet. Humans can be real bastards to each other when there are scarce resources.

I enjoyed the characters of Gamma and Delta quite a bit. They stood in stark contrast to some of their classmates—especially Delta, who raised herself above her classmates in both skill and desire for a better world. The cast of characters is very long, named for the Greek alphabet, and they drop like flies. You care a great deal about some characters, while others pass by like a ship in the night.

Even with the level of deceit and violence the characters display, it doesn’t venture near enough into the darkness of the human psyche for me to honestly believe in the predicament they face. These aren’t children; their bodies belie the minds encased within, and I would expect them to act as such. Delta comes close, though. She starts to understand the necessity of some of her choices and feels the moral burden they entail.

There are certainly some very dark moments and bloodshed in The Chosen Twelve. The fight scenes are frenetic and well-written. It was hard for me to imagine swords in space like this, but Breakwell makes it work.

This is a highly imaginative novel. The predicaments the characters face are just shy of excessive and ridiculous, but if anything is possible, the highly imaginative and crazy can become plausible. Almost cherry-flavored food rations that you have to beg machines for, check. A robot that thinks of itself as a king, check. A metallurgist making swords that can cut through anything, check. Breakwell makes the scenarios work. And while I couldn’t entirely shed disbelief, I was highly entertained by the dark comedy, fight scenes, and narrative.

I think The Chosen Twelve story will engage readers who like their science fiction and fantasy on the darker side, but not so dark that it is pitch black. Breakwell makes this highly imaginative story work and it is worth reading.

Check Out The Chosen Twelve