A unique blend of romance, Pagan mysticism, and fabulism with gorgeous prose and complex relationships. 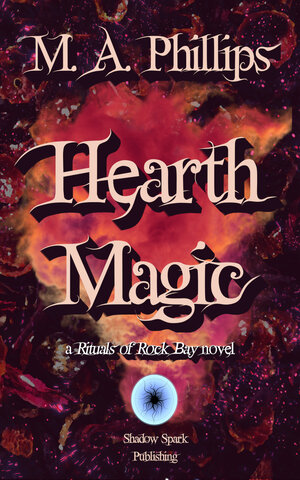 After the events of RIVER MAGIC, Cian O’Connor and Anthony Russo must grapple with their relationship to the land, the spirit realm, and each other. One man wants to support Lacey and protect her from another otherworldly maelstrom. The other needs her help as he confronts an angry presence in his home so he can move on with a new lover.

Are Cian and Anthony’s lives more entwined than they ever imagined?

“The medium, the conservationist, and the poacher, all drawn together by a cord of fate.”

A new Rituals of Rock Bay tale featuring kitchen magic, romance, redemption, and the spiritual bonds that link us.

I read River Magic, the first book in Phillips’ Rituals of Rock Bay trilogy, a couple of years ago, and it was early in my venture into romance territory, where I now hold permanent resident status. I really enjoyed the mix of contemporary romance, Pagan mysticism, and fabulism, and it was a delight to return to this world and see some of the same characters, along with some new ones, in this unique crossover series. If you’re a romance reader, it hits the right beats, but the fabulist and Pagan elements carry equal weight, so I don’t think it can be called a pure romance. It’s this perfect mix that makes Phillips’ books such magical reads.

Whereas River Magic has a classic friends-to-lovers romance arc, Hearth Magic is more complex, with an established couple (Lacey and Cian) from the first book, along with a major side couple (Anthony and Margaret). The romance aspects are cozy and just a little spicy, without getting too specific about parts and the like. But the most interesting part of the book for me, besides the totally unique fabulist element, was the relationships between Lacey, Anthony, and Cian. It’s messy, since Anthony had a thing for Lacey in the previous book, and Cian’s jealousy about the developing friendship between Lacey and Anthony makes for some angsty moments. To be honest, I hated Cian at a few points in the book, but that was by design—his struggle to accept Anthony’s role in Lacey’s life, and in his own, is very realistic, and his reactions are totally understandable. True to the Pagan romance roots of the book, you can rest assured the problems will be solved with a little help from the spirit world, but the struggle is real, and the solution feels earned. We need more of this in books—overcoming jealousy is hard work, and Phillips shows that work on the page, with satisfying results.

Another satisfying aspect of the book is the depiction of Pagan beliefs, which are lovingly detailed and integral to the plot. Lacey’s spiritual practice was highlighted in the first book, and we saw Cian developing an interest as well, and in this book, we learn along with Cian and Anthony as their understanding of and engagement with Lacey’s community grow. Lacey follows a spiritual figure known as Brigid, and the small moments of her and Cian’s daily practice are a gift of warmth, as are the larger gatherings of the book’s Pagan community. There are moments of tension with some of the characters’ Christian upbringings, but everyone makes strides toward being more understanding and appreciative of the diversity of experience, which is a delight to read.

Speaking of delight, Phillips’ prose is gorgeous. I was frequently drawn to individual sentences or passages of lyrical beauty, which enriched the reading experience without slowing me down. Phillips has a way with description of both the physical and the emotional/spiritual landscapes that pull you forward in your reading but linger when you’re away from the book.

Here are a few passages of physical description that stuck with me:

“The small meadow was already an undulating pond of vegetation.”

“Wild grain, giddy after several days of sun, reached and danced in the breeze.”

And the emotional bits hit just as hard:

“Their plan had fallen through so hard, it left scars.”

“Now they were both gone. Mom was a wraith of her old self, and Bella was angry at the world. Anthony existed in between.”

Perhaps the best moments in the book are where the physical and the emotional collide:

“She reminded Cian of a sheltered section of the river alive with lily pads and cattails.”

“She hadn’t seen him blush so fiercely in a while, and Lacey wished she could bottle that vision. She’d keep the pigment in her tea cabinet and add a drop whenever she needed a dose of warmth.”

The last detail that needs mentioning is Phillips’ use of fabulist elements. On the off chance you aren’t familiar with the term, it’s a bit like magical realism—fantastical elements seamlessly woven into the real world so that they seem to be natural extensions of it. Magical realism is most properly applied to postcolonial literature with these characteristics, especially from Latin America, so I use the term fabulism here.

In River Magic, we saw a mermaid unlike any other I have read about, which is not a spoiler since Phillips talks about it in social media posts. The spoilery aspects of the mermaid are truly memorable, and the fabulist elements of Hearth Magic are equally innovative. You may have encountered beings in literature similar to the ones shown or hinted at in the book, but you have never encountered them like this. Phillips’ books have a way of making the natural world seem just a trifle more magical, and the magical world just a smidge more natural, and the result is something I haven’t read anywhere else. I spent way too long between reading the first and the second book, and I won’t make that mistake with Forest Magic, the third book in the series, which is available now. 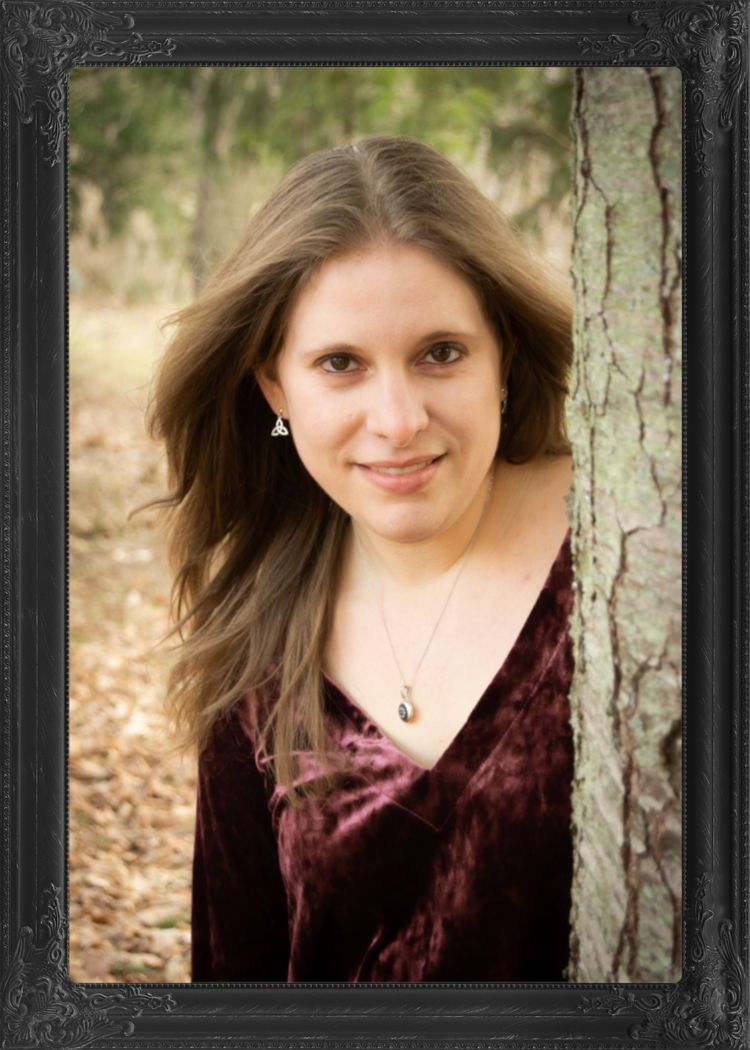 A. Phillips lives in Northern NY with her husband, daughter, and two cats. She is a writer, English teacher, and practicing Druid. Some of her short stories have been published in Stone, Root, and Bone magazine. Her books feature magical realism, contemporary Pagans, and romance.

When she isn’t writing, you can find her in the garden, sewing, or enjoying a book with a side of tea. You can read more about her spiritual and creative journey on her blog ditzydruid.com, or on Twitter & Instagram @ditzydruid