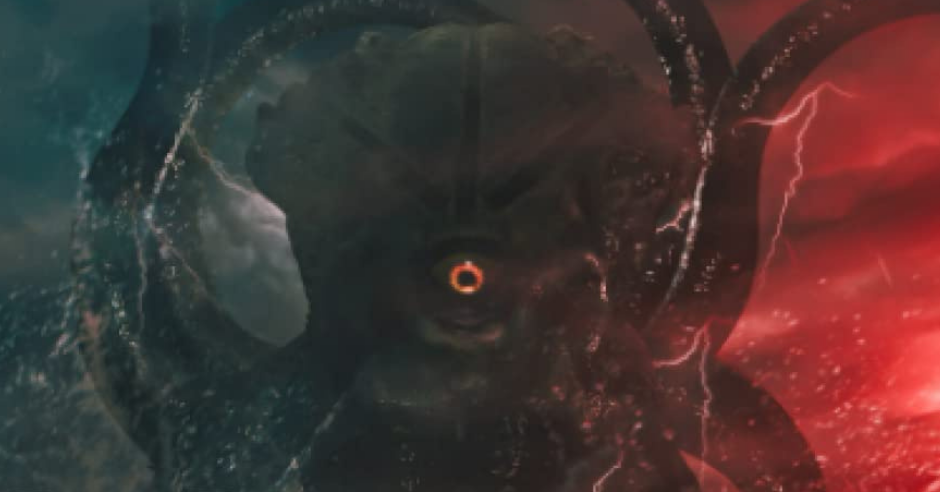 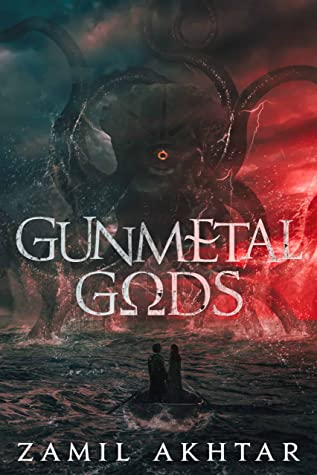 With all these features, one can see why the grimdark novel “Gunmetal Gods” got the attention of the reviewers in this year’s version of Mark Lawrence’s Self-Published Fantasy Blog-Off (SPFBO), and why it reached the semi-finals. A book that I can see could have gone even deeper into the contest, this one was red-circled on my TBR after reading the tremendous reviews. Finally I got to read it, and it surely did not disappoint!

“You don’t refuse a summons from the Shadow of God, even if you’re a veteran of twenty battles, with a body count longer than a sheikh’s beard.”

So opens the book, and we are introduced to Kevah immediately, and his POV. He’s one of the most famous jannisaries ever, whose renown for slaying a magus stretches far and wide. But Kevah’s best fighting days are behind him, he’s gained some weight and is out of shape, and he’s haunted and lonely since the disappearance of his warrior wife – Lunara. He’s guilty over neglecting his adopted daughter, Melodi, and his surrogate father, Tengis, who trained him in warcraft. All he wants to do is rest, wax philosophical about his favourite poet (Taqi), and smoke from the hookah pipe.

But as the opening passage indicates, his old friend and lord, the Shah, Murad, summons him to Kostany, back into his service, to slay another magus. But in the end, Murad wants Kevah to be one of his commanders, to combat the threat of fifty thousand crusaders led by none other than Micah the Metal, who plan to conquer Kostany and surrounding domains.

Meanwhile, the widowed Micah the Metal is a great general, bearing the title of Grandmaster, and a religious extremist, though he despises priests. Micah is the Imperator Heraclius’ greatest warlord, yet the ambitious general strains against the binds of vassalship, and wants to take Kostany for his own purposes. Eventually Micah comes to aspire, with some coaxing from duplicitous advisors, to become the next Imperator. But more than that, he wants revenge for those who abducted his daughter, Elly. A mysterious and tempting sorceress named Aschere offers Micah a path to conquest of Kostany, but her path seems to lead to chaos, insanity, and make Micah question everything he believes in.

Those are the two main POVs in the book, that of Kevah and that of Micah. I love when protagonist versus antagonist POVs are featured, and you know at some point their stories will bring them unavoidably into one another’s orbit, with explosive results.

Wow, was I lured by the characters in this book! Kevah and Micah are drawn so well, and their similarities and differences – and their faults and positive points – and how they will come to impact one another’s lives, are riveting. But the secondary characters, well some of them steal the show in select moments, and I think this was by intention on the part of Akhtar, setting them up for larger roles in the future books.

Murad, Nesrin, Sadie, Melodie, Heraclius, Edmar, Orwo, Jauz, Kinn, Redbeard, Lazar, Alexios, Yamin, Aicard, Berrim. These are just some of the characters who had me wanting to know even more about them, and they felt real. But, dear reader, don’t fall in love with any of the above, because Akhtar’s contrition factor in taking beloved players off the board is ZERO.

The worldbuilding took my breath away, Middle-Eastern inspired, lush, rich, and incredibly realistic. I felt like I was sitting beside Kevah, smelling the pipe smoke, listening to him recite Taqi, savouring a fig. Or on the battlefield, or in a yurt, or a palace, any other setting in Akhtar’s world. Akhtar truly has a gift in this regard, and I am so looking forward to seeing more of what he has created with the ‘Gunmetal Gods’ series.

The political intrigue, jockeying for position, royal politics, deception and betrayal, shaky alliances, and divided loyalties are painted with intricate and impeccable fashion in the book. This element alone would have been enough to keep my interest, but “Gunmetal Gods” offers so much more.

Let’s talk about some of the themes in “Gunmetal Gods”. Lordie, this book is dark, unflinching, and compelling! Reader be warned: zealotry, torture, murder, madness, infanticide, sexual assault, resurrection, martyrdom, and more abound in the book. This one is not for the squeamish (but hey, this IS grimdark, folks), yet its more about the skill of the writing, and the emotions Akhtar will wring out of the reader with his prose, rather than simply painting he pages in blood, and over-describing brutality.

Some of my favourite themes, and perhaps the one that fascinates me the most when written into epic fantasy, is that of religious fanaticism, war in the name of religion, and conflict between faith and clergy, or other organized bureaucracies that appear to have stewardship for those faiths.

How does one reconcile killing, even genocide, in the name of religion? What happens when one believes in the faith, but has no confidence in the clergy, or believes them to be corrupt? When confronted with your own faith, what happens when you start to question it when comparing it with other faiths, especially the faith of the people you are willing to kill in order to subjugate and convert?

All these intriguing questions and more are explored in “Gunmetal Gods”, and Akhtar does a simply marvellous job of showing the reader multiple sides of these questions. These are not easy subjects to wrestle with in speculative fiction. But the equanimity with which Akhtar approaches them bespeaks a seasoned writer, not one putting out his debut.

Finally, have to give kudos to perhaps the gorgeous prose. Let’s simply admire some samples:

“Melodi devoured the sweet ice, but I just sipped. I never liked purely sweet things. Even poetry should mix sweet with sour. After sweet love comes a bitter separation and sour loneliness. Even the love of Lat, sweet like divine nectar, mixed with the bitter winds of life. Food out to be the same.”

AND one of my favourites:

“I loved his versus because they imparted wisdom. But was I wiser than the average fool? ‘The grief of what you’ve lost lifts a mirror.’ I leaned over the boat’s side and gazed at my reflection. A young man stared back, but his eyes were that of the dead. What need did the dead have for wisdom? Give me a war song, or give me wings.”

This book blew me away, and it is absolutely better than a five-star read! It had all the components I seek in epic fantasy, and some added ones I never expected. Can’t say enough good things about “Gunmetal Gods”!

We’re only twenty days into 2022, so it’s very early in a list of (planned) at least fifty books I aspire to read this year, so I don’t want to be too premature. Still, I can easily see “Gunmetal Gods” making my top 10 list of favourite books of the year! I can’t wait to go on to the next chapter, “Conqueror’s Blood”!