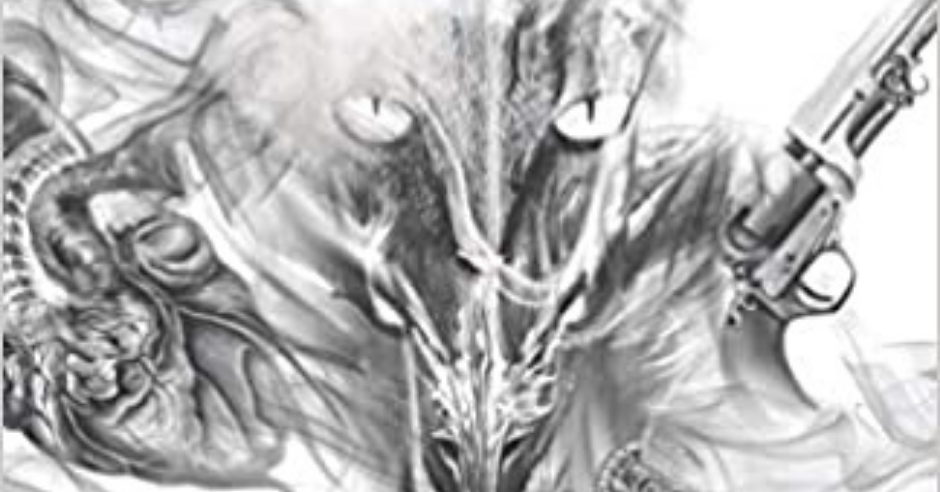 Dark Ends is More Than the Sum of Its Parts

I will be the first to admit, I rarely read anthologies. Moreover, I do not turn to Grimdark as my fantasy sub-genre of choice – I am more of the high, epic fantasy preference. But a set of dark fantasy snippets by some of the top Indie fantasy authors out there today was a bit too much to resist. So, I was led to the compilation of short stories called “Dark Ends”. 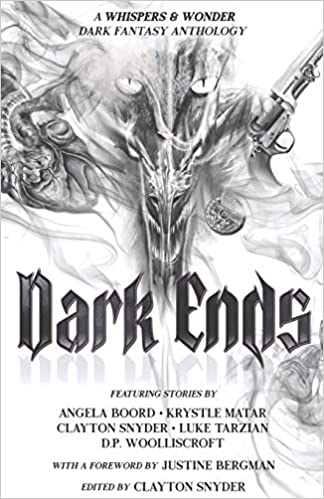 For me, the “darkest” story was that of Tarzian’s, called “The Laughing Heart”. The prose was outstanding, instinctive, lyrical, haunting. Tarzian is poetic in his narrative, yet the feeling of the story at times was hallucinogenic, dissociative. It was visceral, raw, and disorienting. There were times, frankly, I was completely lost in terms of where I was in the story and where it was going. With Tarzian’s brilliant, yet chaotic style of writing, it took a bit to find footing again. The depth of emotion and poignancy with which Tarzian writes can be dizzying, and bring one to one’s knees. The heart of the story is about an ethereal war, in which a human warrior, Caliean, is grieving for the loss of his husband Bar, who has been murdered by the demon Galska Nuul. Caliean lusts for revenge, and his quest to destroy Galska Nuul takes him on a fantastical journey of pain, fury, and ultimately wonder. Caliean will bring the reader along for the ride, and the bizarre journey will leave you stunned, confused and reeling. Powerful stuff. If you find yourself weeping openly for Caliean, don’t be surprised – that is a what a gifted writer can accomplish.

Krystle Matar’s entry is called “Tainted.” It is part of the Brightwash universe, was done in her trademark style: she pulls on the reader’s heartstrings, makes one examines one’s own values and beliefs, and leaves one feeling emotionally exposed. It’s an ill-fated love story between Gianna and Galen, two “Tainted”, whose forbidden love (people with Tainted powers are not permitted to fraternize) runs them afoul of Authority Regulation Officer Tashue Blackwood (protagonist of Matar’s heralded “Legacy of the Brightwash”). Tashue’s stoic enforcement of the law, coupled with Galen’s confusion over the fact that Tashue does not seem to hate the Tainted, and that Tashue’s own son is imprisoned by the Authority, leads to Galen’s intense animosity toward the lawman. Meeting Tashue’s son only serves to further Galen’s resentment of the father, and tragedy strikes, leading to a fateful confrontation. Matar’s world feels real in every aspect: her vivid, descriptive writing will suck you into the surroundings and mindset of the characters, and refuse to let you go. She is an utterly brilliant writer.

Angela Boord’s “Dragonmeat”, only cements her reputation as a master of detailed world-building, outstanding character development, and compelling themes. Set in the island city of Medeas, the story centres around Peri, daughter of a former prominent father, who has suffered a disability. Peri’s mother has run off, abandoning the family and consigning them to poverty. Peri has tried to save her sister by sending her away from Medeas, and struggles to care for her father. Medeas suffers under the oppressive rule of a cruel governor, who has allowed famine to take hold of the city. Peri is forced to steal to keep her and her father alive, until caught by a stranger, who changes her fate. Meanwhile, human sacrifices to dragons – who terrorize the city – are recruited in cult-like fashion, in order to satisfy the monsters and keep them at bay. Angela Boord’s evocative writing will make you feel like you are seeing, smelling, hearing and tasting what Medeas has to offer. Read “Dragonmeat” and become immersed in the delightful world Boord has created; it will only leave you wanting more.

“Strays” by D.P. Woolliscroft is a classic heist story, and fun to read. The world Woolliscroft creates is realistic and gritty. There’s plenty of satire, and the camaraderie and comedic play between the rouges, led by Trypp, is right on point. Trypp is a master thief, and although he and his band have just successfully completed a huge job, always count on the greed of those searching for one more big payday. Trypp meets an attractive girl, and with her involvement, a tantalizing target is developed, that the gang can acquire. The job is fraught with danger, and Woolliscroft writes the violence in the story with crisp precision. The author is also not afraid to address issues such as racism and classicism, and it was well-handled. This short story packs a lot into its pages, and it was excellent. Woolliscroft had long been on my radar as someone to read, and reading “Strays” has only prompted me to push his books up my TBR list.

Finally, “Savages” by Clayton Snyder, lives up to the author’s tag as one of Indie fantasy’s best grimdark creatives. This story reeks of savagery, ruthlessness, and despair. Jack Nyx is the protagonist, and he is an enforcer, a private detective, and a mercenary all in one. He is also possessed by demons, whose power he cannot completely control. His best friend Ivy, a dangerous witch, has destroyed the body of Jack’s lover’s, confining it to a receptacle in Jack’s apartment – a talking receptacle. In the story, Synder tackles child abuse, domestic violence, torture, murder, possession in the adroit fashion of a grimdark maestro. The reader feels physical and mental anguish along with Jack, feels the helpless watching their own blood pouring onto the floor, feels their guts twisted in a knot with fear, feel the rage and swollen knuckles as Jack punches his way out of danger, trying to stay alive. The dark humour is utterly sarcastic and merciless, the pacing relentless, the climax tremendous. “Savages” feels like a mash-up between dark fantasy and a crime noir classic, and is extremely well-done.

I have tried to evaluate “Dark Ends” on the sum of its parts, rather than the individual stories on their own merits. Each writer has their unique strengths, and have written their own books, but chose to compile these particular stories together, and have them judged together. Therefore, I have rated the anthology in that spirit.

“Dark Ends” is exceptional, and highly recommended. If you have been contemplating reading bigger works by these five authors, but have not yet had the opportunity, I suggest you start with “Dark Ends”, then work your way up to the more expansive narratives by these talented writers.

Five out of five star overall rating for this anthology!