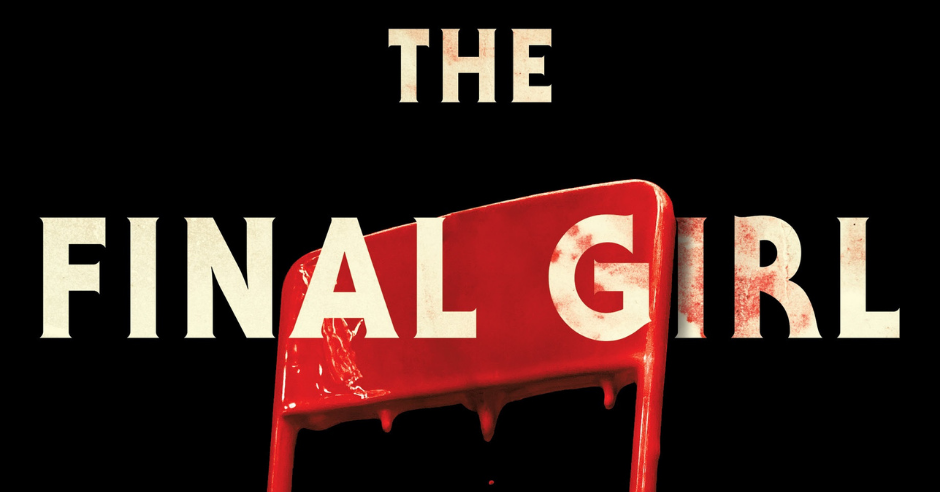 what does it mean to be a final girl?

“Men don’t have to pay attention the way we do. Men die because they make mistakes. Women? We die because we’re female”―

A fast-paced, thrilling horror novel that follows a group of heroines to die for, from the brilliant New York Times bestselling author of The Southern Book Club’s Guide to Slaying Vampires.

In horror movies, the final girl is the one who’s left standing when the credits roll. The one who fought back, defeated the killer, and avenged her friends. The one who emerges bloodied but victorious. But after the sirens fade and the audience moves on, what happens to her?

Lynnette Tarkington is a real-life final girl who survived a massacre twenty-two years ago, and it has defined every day of her life since. And she’s not alone. For more than a decade she’s been meeting with five other actual final girls and their therapist in a support group for those who survived the unthinkable, putting their lives back together, piece by piece. That is until one of the women misses a meeting and Lynnette’s worst fears are realized–someone knows about the group and is determined to take their lives apart again, piece by piece.

But the thing about these final girls is that they have each other now, and no matter how bad the odds, how dark the night, how sharp the knife, they will never, ever give up.

In thinking of the title of this book, The Final Girl Support Group, where a support group is by its nature a safe and comforting idea, instead, think about what it means to have been a final girl. The horror of it all.

Although the horror films of the 70s and 80s would have us believe that the last girls survive their ordeals unscarred, we know too often from life that survivors are bent if not broken.  The Final Girl Support Group invites us to see what these heroines might endure as they struggle to unbend themselves decades after their trauma.

Those who are horror fans or grew up in the 70s and 80s are familiar with the final girl trope. The idea of a final girl has evolved as horror movies and audiences evolved. To understand and appreciate The Final Girl Support Group it helps to have a passing understanding of the final girl trope. The final girl was usually depicted as an innocent, virginal girl who stayed away from vices such as drinking and drugs. And is thus rewarded for her “good deads” with living through the horror. The narrative structure of the movie or book followed her vantage point, and we as an audience are engaged in her struggles and have a vested interest in her fight to survive. We want her to win, either by escape or rescue.

As the trope aged, the idea of what a final girl changed as well. Instead of being saved, they often save themselves. Either by being cunning and running. We began to expect more from our final girls. And, as an audience, we revisit the final girl multiple times. Over and over, they are thrust into chaos. Nancy Thompson of Nightmare on Elm Street suffered through three versions of battle with Freddy, starting at age 15 and ending at age 21. Had she survived the last movie, what would her mind be after facing the dream king three times?

I would think that Hendrix created The Final Girl Support Group as a way to exercise the idea that the girl is a person and surviving is only the first part of her struggle. Watching these bloodfests at a midnight show is all about the spectacle of gore. But, with a spectacle comes a certain amount of distancing from the characters as people. They are basically the objective focus  of the protagonist’s determination.

The story starts with a group of middle-aged women sniping at each other. They are not friends, but people with shared experiences. They have known each other a long time and have seen each other through the enduring PTSD that comes from the horrors they have endured. In some ways, they are closer than family. What I immediately liked about the story was the idea that these women, no longer final girls, have reacted to their traumas differently. Although I am no expert in psychology, the reactions these women have to horrors like this have a certain authenticness.

For example, one is a drug addict, one is consumed with wealth and power, one is a shut-in driven by the protection of herself and trust of no one, and one channeled their pain into an organization to help others. These reactions seem like plausable reactions that one could have to PTSD like this. The story is from the vantage point of one of the final girls, Lynnette Tarkington, who survived the grizzly murders of her family around Christmas. She was impaled on an antler and set to watch the destruction of all she loved. Now she exists like a ghost, consumed with the idea that something horrible could happen because it already had, twice.

Seemingly out of nowhere, the final girl support group is targeted. Someone wants them to suffer, to be humiliated, and die as they should have originally. Lynette, who is not wholly stable and lives a life of quiet desperation, begins to understand that they are being chosen one by one to die.  But trying to get people to believe her is something else entirely. There are conspiracies inside conspiracies and so much violence. Lynette is a survivor, although she doesn’t believe it. But will she survive all of this and save the people around her? That is the big “ask” of the story. Is Lynette strong enough?

The Final Girl Support Group is a mover of a story once you get past Hendrix setting the scene in the very beginning. As a lover of slasher movies from the 80s, I never thought about the characters as actual people until reading this book. They were just nameless gore and splashes of crimson across the page and screen. But now, Hendrix has me thinking more in-depth about these characters. It has added a new depth of experience to the slasher movies I watched and books I read as a kid. And in some ways, I respect the distance that those cheesy slasher movies achieved. You can enjoy the movie with jump scares, Karo Corn Syrup dyed blood red, and a rubber knife and know that that kind of thing only happens in the movies. When you drop the partition between life and art, the experience of those movies has an entirely different feel to them.

I believe that anyone who is a fan of horror novels and is familiar with the trope will love it.  But more so, I think that if you are a fan of the horror genre in general including movies, this story will resonate with you because it straddles a very uncomfortable blood-splattered line bisecting the two mediums. A line that I had not seen explored before. Check it out.