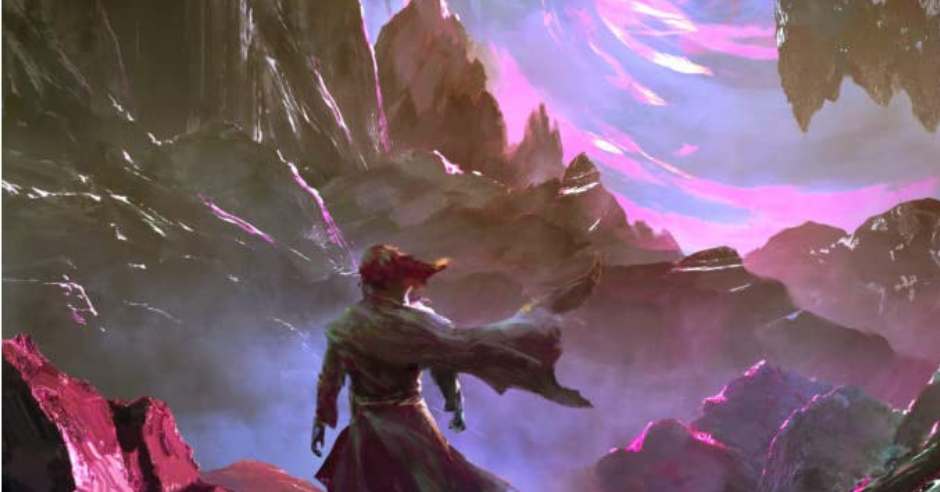 A broken man, Khraen awakens alone and lost. His stone heart has been shattered, littered across the world. With each piece, he regains some small shard of the man he once was.

He follows the trail, fragment by fragment, remembering his terrible past.

There was a woman.

There was a sword.

There was an end to sorrow.

I’ve had friends for years telling me I need to read various books by Micheal R. Fletcher, and the time is finally here to review one, Black Stone Heart. I was warned ahead of time this was on the grimdark side of fantasy, so went in with that expectation. I can say without reservation that this will not be confused with lighthearted fluff fantasy any time soon.

I have to say I enjoyed this book quite a bit. I’m always a sucker for lost memory/mysterious origin books, and the protagonist being a societal outcast just solidifies that for me. Khraen awakens in a forest in the far north, not knowing who he is or where he is, and is actually pretty feral. His interaction with the first person he comes across pretty much informs us how the book is going to go to a certain extent. It ends up in violence and death, something Kraen finds comes easily.

It’s this initial contact that sets the tone for the rest of the book, as Khraen sets along a path of death and destruction in his bid to find whats most precious to him: The pieces of his stone heart, which holds the keys to his memories. As he gets more parts, he remembers more of who he is, and what brought about his downfall. He realizes just how powerful he was, and also realizes the horrors he had to do to maintain that power, rationalizing it away as the needs of the many outweighing the needs of the few. This affects every decision he makes throughout the book, including collecting the parts of his heart, his romantic relationships and dealings with his enemies. The more he learns, the more he is determined not to make the same mistakes that got him scattered in the first place, but that determination carries its own dark price, and leads to some surprising revelations at the end.

This book has some really expansive world building over two eras. Khraen’s original life was spent in a time of great peace and prosperity, but at a terrible price. The more that is exposed with his memory return, the more disturbing it becomes how that prosperity was retained. The world which Khraen finds himself in is now run by the Wizard’s Guild, who seemed to play a part in his original downfall, but are anything by altruistic. Since their power is based off taming the raw stuff of chaos, they are often destructive and selfish, leading to their inevitable conflict with Khraen. Its a magical world, with many wonders, but the wonders seem to all come with a price, whether in blood or in surrender of control from the regular people. In true grimdark tradition, it seems to be the lesser of two evils rule, depending on the perspective of the viewer.

The characters are all well fleshed out, especially Khraen, with constant additions to his personality and thinking as he gains more of his past and can understand why he took the path he did in the past. Khraen has to deal with ancient hatred of his people, and this also informs his decision making process. He tries to be a good person, especially after meeting his first romantic partner, but when that is broken up through the actions of another, he becomes a harder, more jaded person than he was already becoming.

While this is the first book of Michel Fletcher’s I’ve read, it certainly wont be the last. It certainly lived up to author’s reputation for writing complex, layered grimdark fantasy. I suspect fans of his earlier work will enjoy this as will fans of grimdark fantasy in general, and I can even see epic fantasy fans finding something to enjoy in the story and characters.