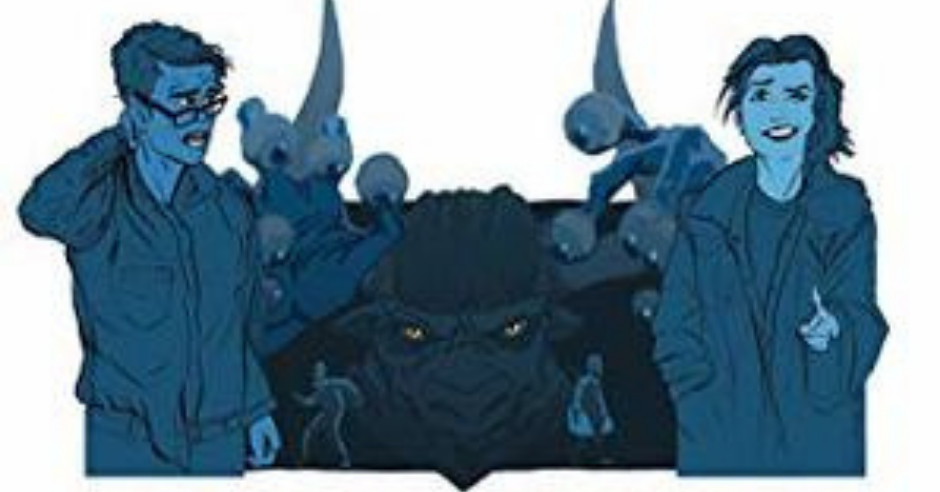 where do i start

“Yes, that’s right. Do you know if the other party’s here yet? A girl, I mean. My date. She has the most beautiful hazel eyes I’ve ever seen and she likes rosé and Rocky Road, if that helps.” The maître d’ blinked. “Um, unfortunately, sir, we haven’t seen anyone matching that . . . vague description. And no other party’s asked after your reservation.”

As soon as Michael saw the ad, he knew what was up. He’d have been stupid not to recognize another dumb scheme in a long line of dumb schemes from the mentally regressive couch potato he’d been saddled with. He grumbled to himself, tightening his grip on the steering wheel, “Stephanie . . .”

If you think you know where this story is going after 50 pages, you don’t. You just don’t. This is like taking your seemingly innocent brain, smashing it against a frying pan while simultaneously reciting Shakespeare and doing calculus.

It is pants-on-your-head-crazy and works perfectly.

“She turned back to the doorman, and everything fell out of Michael’s hands, “Hello. My name is Jackie Steele,” Stephanie said, clearly having put a lot of thought into a ridiculous alias. She continued, adopting the velvety, sultry voice a woman named Jackie Steele would possess.  “And this is my associate . . .” Stephanie paused and looked at Michael. Her wide eyes implied that she had wasted all her time imagining the intricacies of Jackie Steele and hadn’t come up with a suitable name for Michael. Michael crossed his arms, forcing her to grasp for straws to continue this chosen charade “Maurice . . . Sendak.”

Firstly, let’s address the buddy comedy that is the duo of Duckett & Dyer. 30 pages into the story I found myself remarking to Jodie (witty and sarcastic book club) how I knew this girl who was Stephanie down to the dirty feet. She had the same conclusion. I think most people have met a “Stephanie” in their lives. A loveable and complete fuck-up who is just this side of nuts but brings that perfect and endearing crazy into your life. Someone who makes life just that little bit more interesting. It is a great bit of writing on Nair’s part because it allows us, readers, to be able to empathize with Mikester and all the headaches that he has to endure. Mike is a perfect foil to Stephanie’s batshit tendencies. Mike reminds me of a tea kettle. Fine with water in it, occasionally makes a lot of noise but quiets down pretty quickly. Don’t let it overheat though or it bends and twist and is never right again.

Plot-wise, I am giving nothing away because it would take away from the pure titillation of discovery that is this wacky story. But, I can surmise it by saying it is a wacky relative or bastard lovechild of Hitchhikers Guide to the Galaxy and something by Terry Pratchett. Weirdness, clever characters, smugness, and the perfect amount of snark.

The setting of the story varies depending on the ‘verse they were traveling through. Although I loved the, albeit brief, romp through the universe with the giant bunny rabbit and humongous man-eating hamburgers bent of Duckett & Dyer’s destruction. That particular scene was pure poetry.

Overall, this is a must-read. It is fun with a capital ‘FU’. Made me laugh, guffaw, and chuckle at the relationship between these two “investigators.”

This was a particularly fun book to do as a buddy read with Witty and Sarcastic Bookclub. The ridiculous nature of it lent itself to a lot of guffaws between us. Thank you so much for doing the read with me.