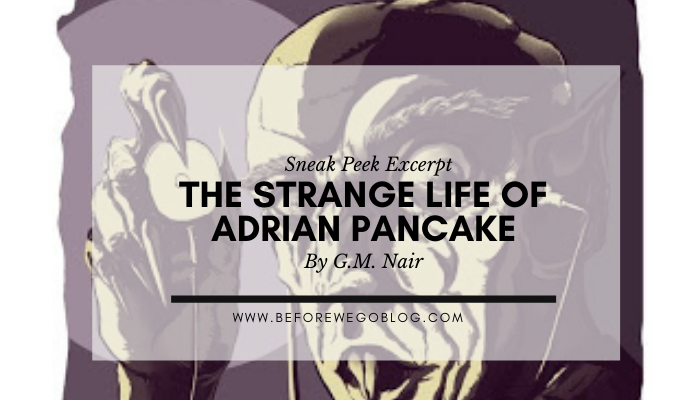 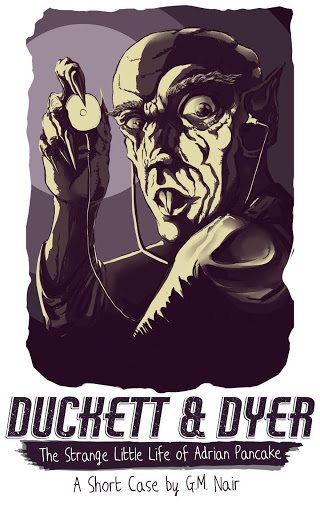 The Duckett & Dyer: Dicks For Hire series of novels is a labor of love, which results in me mashing up all of the various genres of fiction I loved growing up. Action/Adventure, Sci-Fi, Comedy, Mystery. It’s all there.

But mostly the comedy.

As it’s the spooky season, I wanted to inject a bit of horror into the mythos, and so I’ve released a short story that takes place after The One-Hundred Percent Solution, the second book in the series.

It’s called ‘The Strange Little Life of Adrian Pancake’, and it’s just as weird and out there as the last two entries in the series. Hope you have fun checking out the short excerpt below!

Adrian Pancake has been the victim of a terrible accident. His body crushed and broken by falling debris, Adrian is confined to a hospital bed in a full body cast. So when the mysterious Dr. Keene offers a radical procedure that will guarantee a full recovery, all he can do is smile and nod.

But this procedure comes at a terrible price, one that’s only revealed when two annoying detectives stick their noses where they don’t belong.

And, when they do, Adrian’s life will never be the same again.

Adrian Pancake had no idea what happened.

One moment, he was setting up clever chalkboard art outside his bar. The next, he was waking up in the Armitage Pembroke Bodily Reconstruction wing of City Presbyterian in a full body cast, with his arms and legs strung up in a complicated pulley system. The two doctors hovering over him tried to catch Adrian up on things, but he couldn’t really follow. There was something about The Future Group and a giant monster—or something. What Adrian did understand: he had been directly in the path of a piece of falling debris and was “very lucky to be alive.” Of course, the doctors didn’t hesitate to tell him he’d pretty much been flattened.

Adrian tried to sigh, but his ribs hurt so much it came out as a half-snort half-wheeze. Even though most of his bones had been shattered and his body damaged beyond all reasonable repair, they had been obligated to make the joke. After suggesting his only way forward was months of bed rest, an intensive regimen of physical therapy, and a frightening abundance of painkillers, the two doctors left him to his limited devices.

One thing was certain: life would never be the same for Adrian Pancake. He’d be lucky if he ever lifted a pinky again. Hell, who knew if he’d even be sane after months in a full body cast with only eye-holes cut out. Adrian never thought he’d miss his old, boring life, but here he was, wishing he was back washing down the bar and slinging whiskey to strangers before slinking back to his crappy apartment at 4am. It wasn’t anything special, but it was sure as hell better than this.

Maybe his family would come to see him. His friends. Co-workers from the bar. Hopefully, they knew he was still alive. Although, Adrian couldn’t bear the thought of his mom weeping at his bedside while his limbs stuckout in front of him like a shitty, inanimate mummy.

He could have spent a few more hours lamenting the loss of his old life. Instead, Adrian decided to lapse into unconsciousness.

He awoke a short while later. Or a long while later. He didn’t really know. A clock ticked on his bedside table, but he couldn’t move his neck—or anything—to see. But it was dark now. Nighttime. He couldn’t rule out having slipped into a coma. It could have been days, weeks, or months since the doctors visited. His condition hadn’t improved, though, so it couldn’t have been too long.

To maintain his sanity, Adrian scanned the room, locking onto identifiable objects in the dim light and saying their names in his head.

Wait. What was that last one?

If you like what you’ve read and want to check out the rest of The Strange Life of Adrian Pancake, you can snag a free copy by signing up for my newsletter, where you can keep up to date with the rest of the Duckett & Dyer series. Or, alternatively, you can pick it up on Amazon for 99 cents. 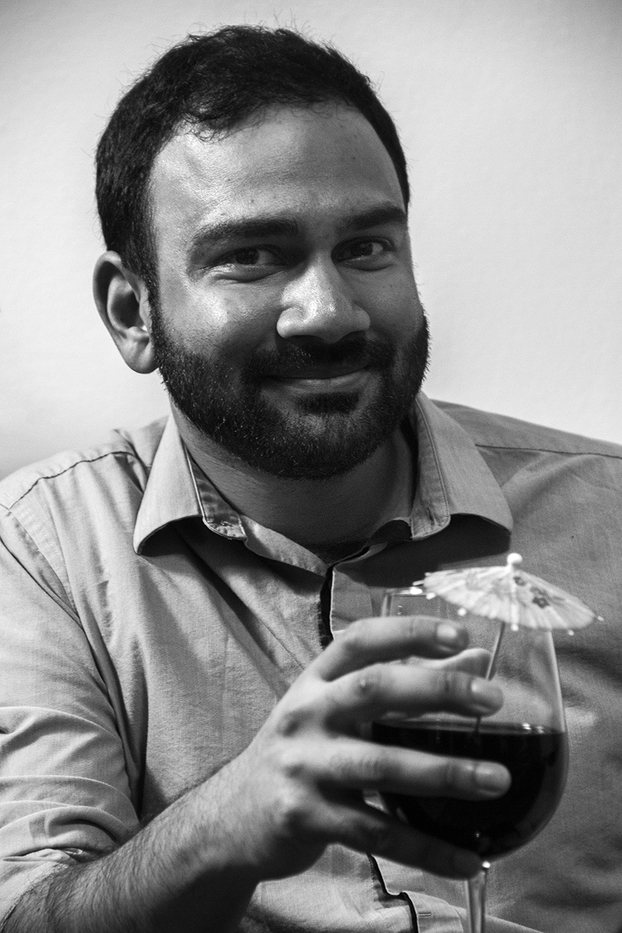 G.M. Nair lives in New York City and in a constant state of delusion.Read less

Check Out Some of G.M Nair’s Reviews and Articles