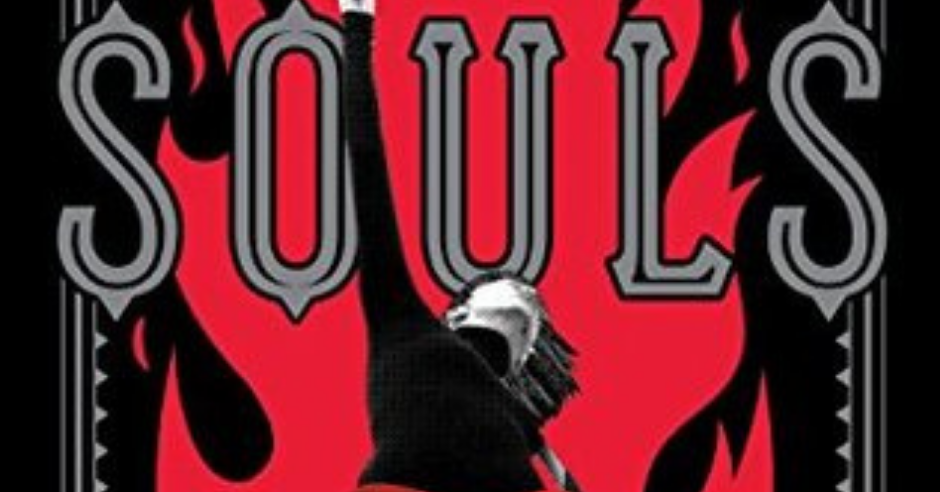 Review – We Sold Our Souls by Grady Hendrix

We Sold Our Souls

A girl with a guitar never has to apologize for anything.―

Grady Hendrix, We Sold Our Souls

In the 1990s, heavy metal band Dürt Würk was poised for breakout success — but then lead singer Terry Hunt embarked on a solo career and rocketed to stardom as Koffin, leaving his fellow bandmates to rot in rural Pennsylvania.

Two decades later, former guitarist Kris Pulaski works as the night manager of a Best Western – she’s tired, broke, and unhappy. Everything changes when she discovers a shocking secret from her heavy metal past: Turns out that Terry’s meteoric rise to success may have come at the price of Kris’s very soul.

This revelation prompts Kris to hit the road, reunite with the rest of her bandmates, and confront the man who ruined her life. It’s a journey that will take her from the Pennsylvania rust belt to a Satanic rehab center and finally to a Las Vegas music festival that’s darker than any Mordor Tolkien could imagine. A furious power ballad about never giving up, even in the face of overwhelming odds, We Sold Our Souls is an epic journey into the heart of a conspiracy-crazed, paranoid country that seems to have lost its very soul…where only a girl with a guitar can save us all.

I remember thrashing my head to metal when I was a teenager. I remember the moment when I let the music take me; I felt the guitar howl through my head and the drumbeat in my very bones. I am not sure I feel that much anymore. Maybe when I am alone in the car, I might crank Metallica or Tool. But it never entirely is the same as when you were 19, which is a tragedy.

Grady Hendrix’s Hendrix’s book, We Sold Our Souls is about a lot of things: love for music, love for horror, or the state of mental and emotional health in the US. But what sang for me in this book is losing that connection to music, the kind you have when you are 19. Losing that emotional part of you that vibrates from the energy of the music is one of the saddest things, and it is a kind of horror in of itself. Wrap all of those ideas up, loss, the love of music, passion, and the plight of the middle class into a pulsing metal package, and you have We Sold Our Souls.

Right from the start, you do not have to love thrash metal to appreciate any of the ideas in this book. You could substitute Klezmer music in for metal, and it will ring true for some people. It is not so much what type of music you like, but being able to connect with the music itself. Even though Hendrix speaks at length about Metal music, you can substitute anything you are passionate about.

In this case, the story revolves around the members of Dürt Würk, a semi-famous metal band from the 1990s. Specifically the incredibly badass and beat-down Kris. Kris is to Dürt Würk as Slash is to Guns N’ Roses. She is the shredding lead guitarist that gets on stage and apologizes to no one. Kris is authentically herself, a metal-loving girl with bloody fingernails, sweat dripping down her face, and music that sings out from the dark parts of her. She is all that is metal.

“No one loves me! Boohoo! Guess what? We play fucking metal! I don’t want to sing about your sad feelings! I want dragons.” – There are no butterflies inside her.

We Sold Our Souls starts with Kris early in life, as a teenager, confused, and all attitude. She wants to play the riff from Sabbath, and she bleeds herself through the first chords until it sounds right. And for one glorious shiny moment, Sabbath was in her basement. She is hooked. Next, we meet Kris at 47 years old. The end of a career, and her soul, living in her mother’s house working at a Best Western.

The first scene of this is hilarious and sad. A naked man with a pillowcase over his head comes into her office and pisses all over her desk. He then farts and leaves. Her brother, who is a policeman’s first question is not “are you ok?” His first question was, “Jesus Kris, couldn’t you clean this up?” It is sad, and it shows how much she has fallen from her former life as a guitarist.

it is possible to be crazy and paranoid and totally insane and still be right. Maybe the problem with everyone is that the world has become so insane they’re not out of their minds enough to comprehend it.―

Grady Hendrix, We Sold Our Souls

You can tell that Kris’s life is shit, but she can still fight. “I can pick a fight in an empty fucking elevator. “No one left to fight.” Fuck you”

The brilliant thing about this story, and what sets it apart from other rock-themed stories, is that instead of the story being around a young idealistic Kris at the beginning of her career. It is about Kris at 47 and broken. It is a much more exciting story because Kris is much more complicated.

The story progresses as Kris’s former bandmate, and ex-best friend Terry Hunt decided to headline a farewell tour for his band. The ex-best friend that betrayed her and the other Dürt Würk bandmates years ago. Kris decides that it is time to get the band back together. To say that she runs into resistance from all sides is putting it lightly.

Her quest takes her on a reunion with the bandmates: guitarist Scottie Rocket, bassist Tuck, drummer Bill, and finally Terry. She is on a one-woman quest to figure out what the hell happened on the night it all fell apart with only her grit and ax of a guitar to help her. She battles egos, band managers, the supernatural, and crazed fans. It is an epic fight.

But this is marketed as a horror novel, you say? It is. We Sold Our Souls is a horror novel. Hendrix wrote one of the scariest chapters in a cave that I have ever read. I am claustrophobic, and I had to put the book down for a while before I had a panic attack. Kris deals with a lot of violence and gore. It is almost Viking death metal in its visuals. Also, much of the story has the subtext of the death of dreams.

It is much scarier and more visceral than some creature or ghost yelling “BOO” at you. The loss of dreams is a hollowing out of oneself, and it is not something someone can easily come back from. People settle for recreations of things instead of working for the real deal. People even sell their souls for iPhones. It is sad, but the way Grady Hendrix writes it rings true.

“I can’t believe that after a lifetime of playing metal, it turns out the world is a shitty country song.”

We Sold Our Souls is a gritty and real story, highly entertaining, and it tapped into that part of me I thought I lost long ago. The part that vibrates and roars when I hear Sabbath or Metallica. It is there still, and I love that Hendrix shined a light on it. We Sold Our Souls is also a story about who we choose as our family and how they can hurt us or help us grow, and it is, above it all, about the transcendent power of music because music cures all.

Want a look at my newest book, The Southern Book Club’s Guide to Slaying Vampires? Then enter now for an ARC giveaway. You could get your blood-soaked paws on one of these books before anyone else on your block!

Grady Hendrix is the author of the novels Horrorstör, about a haunted IKEA, and My Best Friend’s Exorcism, which is like Beaches meets The Exorcist, only it’s set in the Eighties.

He’s also the jerk behind the Stoker award-winning Paperbacks from Hell, a history of the 70’s and 80’s horror paperback boom, which contains more information about Nazi leprechauns, killer babies, and evil cats than you probably need.

And he’s the screenwriter behind Mohawk, which is probably the only horror movie about the War of 1812 and the upcoming Satanic Panic.

You can listen to free, amazing, and did I mention free podcasts of his fiction on Pseudopod.

If you’re not already sick of him, you can learn all his secrets at his website.