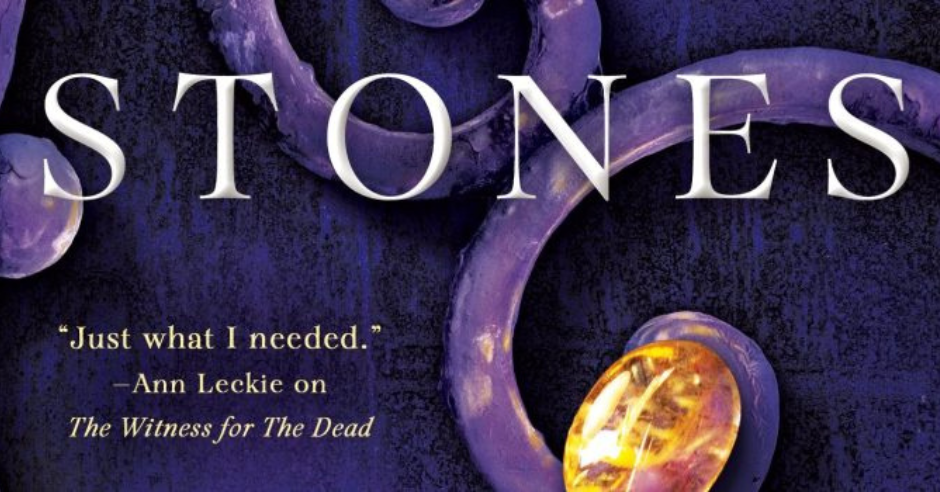 Review – The Grief of Stones by Katherine Addison

Home » All Reviews » Review – The Grief of Stones by Katherine Addison

On a cloudy autumn day, I attended the execution of Broset Shveldar. 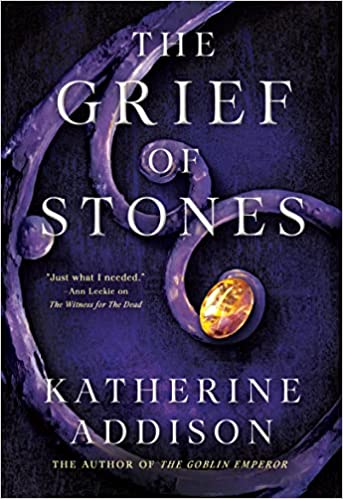 THE GRIEF OF STONES by Katherine Addison is the third installment of The Goblin Emperor series as well as the second in The Cemetaries of Amalo series. Confusing? Well, it shouldn’t be. All three books are set in the same universe, but this is only the second installment of the adventures of Thara Celehar, Witness for the Dead. It is his job to talk to the dead and give them justice if they have any lingering regrets.

Thara Celehar has been continuing his work in the city of Amalo when he finds himself recruited for yet another murder investigation. In this case, a beloved noblewoman heavily involved in the education of young girls has died mysteriously, and an autopsy confirms it was poisoning. Thara soon finds himself investigating a school for young girls, the insidious new technology called photography, and more.

I think The Grief of Stones is slightly better than Witness for the Dead because we introduce Thara Celehar’s apprentice, Velhiro Tomasaran, who is a young widow that has recently come into her own power to communicate with the dead. She provides a much needed contrast to Thara’s stoic and conflict-adverse nature. She’s not even that emotional but Thara is so introverted that she still comes off as a refreshing change of pace.

I like how Katherine Addison continues to build her strange fantasy steampunk world. We discover, for example, the profession of photographer is considered an unseemly one. This is because everyone assumes every photographer is a pornographer and pervert. It is a thoroughly disreputable profession despite the fact that it has a large interest from older noble women who use it for other things (presumably).

I actually really enjoyed the investigation into photography, particularly lurid photography, because the scandal of having posed for pornography is a rarely-used trope in fantasy for obvious reasons. The fact Thane Celehar has almost no opinion on the subject due to his own complicated relationship to obscenity laws (correction: he’s got many opinions but they’re “safe, sane, and consensual and it’s none of my business”) makes for an interesting take as well.

This continues to be an entertaining and fascinating occult mystery series with Thara using his ability to speak with the dead as well as investigative techniques to track down numerous problems. There’s also a number of fun subversions like our protagonist not even having to talk to the corpse since the murderer knows he’s cooked the moment that a Witness for the Dead is brought in.

Amalo feels like an authentic city with all of its sleaze, class differences, racial tension, and more. I wouldn’t say its realistic but I believed in the characters despite the fact they have a massive haunted hill that includes a tomb with a lich in it. Still, it’s rapidly becoming one of my favorite settings and while I’d prefer to follow the Goblin Emperor, Maia, I’m willing to stick with Celehar for the time being.

Review – The Witness for the Dead by Katherine Addison