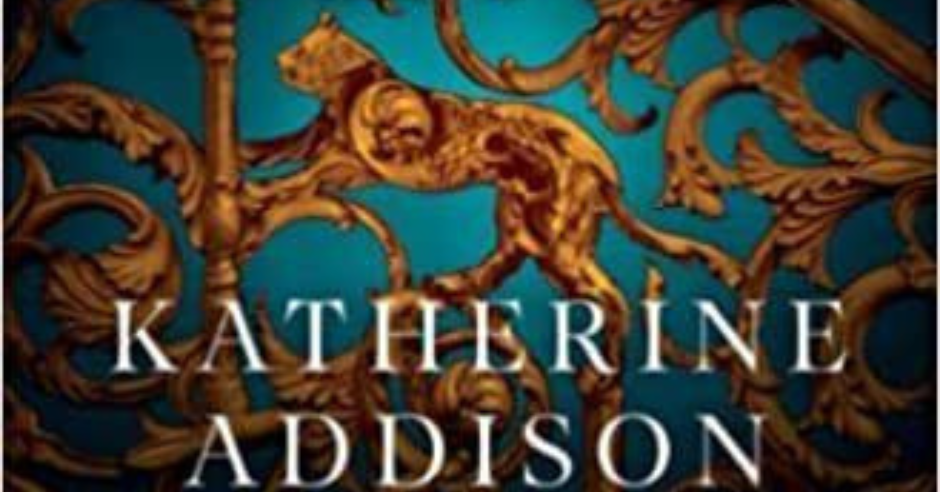 Review – The Witness for the Dead by Katherine Addison 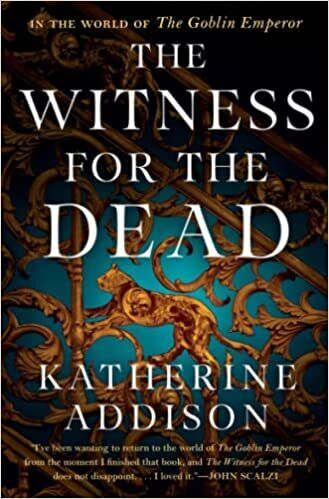 WITNESS FOR THE DEAD is a spin-off novel, not a sequel, to THE GOBLIN EMPEROR. The Goblin Emperor was a delightful steampunk fantasy about the ascension of a half-goblin, half-elf to the Emperorship of his developing nation. One of the side characters was Thara Celehar, a medium capable of speaking with the dead who assisted the protagonist in securing his reign. Now he has his own book and I was very excited to read it, albeit a bit disappointed because I wanted to read more adventures of the aforementioned goblin emperor.

The premise is that Thara has been assigned to the city of Amalo, that is a decidedly awful vice-ridden city that is in desperate need of someone to witness for the dead. Unfortunately, the local clergy are more interested in playing politics than they are tending toward their flock. After offending virtually every ally he could make, Thara ends up recruited to solve multiple mysterious deaths and find himself neck deep in other plots.

The primary crime he’s investigating is the murder of an opera singer who had an infamous reputation around the city as a compulsive gambler, mooch, and blackmailer. The problem is not coming up with a list of who would do her harm but who in the city of Amalo didn’t want to do her harm. Nevertheless, it is part of the duty of a Witness for the Dead to find justice for the dead so he must track down the killer, no matter their motivation.

Celehar’s adventures aren’t limited to just dealing with this one murder, though. He finds himself wrapped up in numerous other strange and unusual cases that usually start mundane but quickly become less so due to his gift. He’s asked to consult on a will dispute, only to find fraud and political pressure brought against him. We also get fascinating scenes like a trial by ordeal involving visiting a haunted hill.

I really enjoy Katherine Addison’s world-building that is entertaining and a strange mix of steampunk as well as traditional high fantasy elements. This world has photography, streetlights, trains, airships, and printing presses but also ghosts as well as supernatural races. Goblins and elves lack their traditional fantasy qualities with them being largely indistinguishable from humans. It adds an interesting racial dynamic since elves tend to treat goblins as second-class citizens.

Unfortunately, I do have one small complaint and that is Thara Celehar is kind of on the stoic side. He’s reserved, calm, and doesn’t really go through any sort of changes in the story. Instead, he serves as a fulcrum for exploring the world. A bit like Sherlock Holmes or Hercule Poroit, he’s a tool for unearthing other people’s secrets rather than a changing character.

In conclusion, Witness for the Dead is a really excellent book. I think if you liked The Goblin Emperor you’ll love this but you don’t need to have read the first book to enjoy this. The stakes are surprisingly low and that makes a more interesting fantasy novel, IMHO.