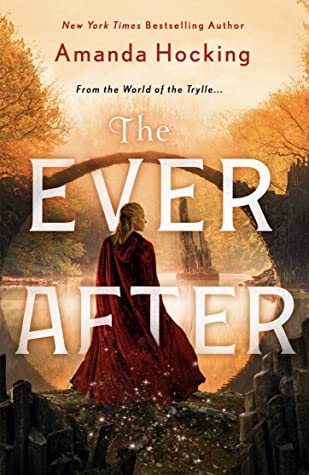 Review – The Ever After by Amanda Hocking

Home » All Reviews » Review – The Ever After by Amanda Hocking

Amanda Hocking, the New York Times bestselling author of The Kanin Chronicles, returns to the magical world of the Trylle Trilogy with The Ever After, the final novel in The Omte Origins arc.

Ulla Tulin has lost a month of her life. Her journey to learn who her parents are has brought her to the attention of the Älvolk sect—and a man claiming to be her father. But instead of a long lost family reunion, Ulla has forgotten her time there, and fears something terrible happened.

The Älvolk released Ulla alive for one reason only, to exchange her for a rare flower with mystical properties. Determined to break her amnesia, Ulla risks her life against a dark enchantment capable of killing her to remember the Älvolk’s secrets—to use the flower as part of an incantation that will open the bridge to Alfheim, the First City.

But opening the bridge will unleash a menagerie of monstrous creatures upon Earth that will consume everything in their path. Knowing she may lose Pan Soriano, the love of her life, Ulla nevertheless gathers an army of Trylle to stand with her and defend humanity as well as her own kind. And it is Ulla’s very heritage that holds the key to victory.

The final book in The Omte Origins, Ever After, brings to a close the exciting series staring Ullaakuut “Ulla” Tulin. While the previous novels in the series had a lighter tone, Ever After delves into Ulla’s experiences as she was held captive by the Älvolk and its traumatic effects on her psyche.

In this final story, Ulla and her friends from her time in Merella search for the mythical first city and the bridge that connects the realms. The Omte Origins series is just that, the origins of the Omte people talked about in her Trylle series. If you are familiar with the Omte series of books and the rich history that Amanda Hocking created. One of the aspects that I enjoyed in the original series was taking the idea of a troll and turning it on its ear.

Trolls have always been depicted as dirty and scary creatures, a la Harry Potter. Instead, the history of the troll people is much more complicated, nodding to both Scandanavian and Norse people. The original series touches on some of the mythos, but I am glad that Hocking took the time and detailing of this series to flesh out the ideas.

The Omte Origins story follows a naive Ulla, as she first comes to Merella for education and a chance to research her family find who abandoned her. Even with everything Ulla has been through, she has an endearing kindness that permeates her interactions with people. This draws people to her. In the previous two books, Ulla meets Dagny and Pan. Both become very important in her life but in different ways. Dagny becomes a surly sister and Pan a love interest. This basis of family helps give Ulla the stability to seek her missing family and find out what really happened.

Ever After is a super fun conclusion to the series. It is both heartfelt and action-packed, which is par for the course for Hocking’s books. They are always a good mashup. Check out this series and all of the Trylle books.