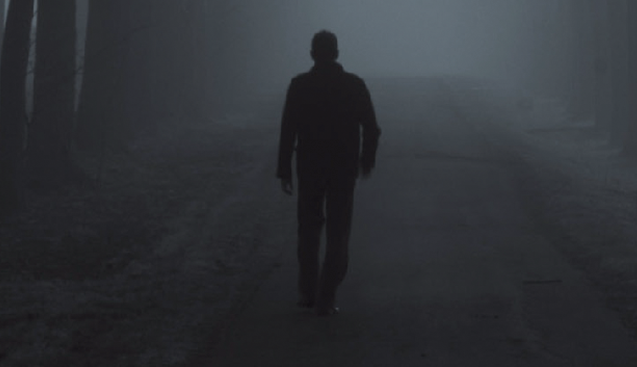 Sleep Paralysis and Monsters in Out of Body by Jeffrey Ford

Out of Body is a dark fantasy thriller from multi-award-winning author Jeffrey Ford.

A small-town librarian witnesses a murder at his local deli, and what had been routine sleep paralysis begins to transform into something far more disturbing. The trauma of holding a dying girl in his arms drives him out of his own body. The town he knows so well is suddenly revealed to him from a whole new perspective. Secrets are everywhere and demons fester behind closed doors.

Worst of all, he discovers a serial killer who has been preying on the area for over a century, one capable of traveling with him through his dreams.

Something wicked this way comes…

I am new to the church of Jeffrey Ford. Pretty much any die-hard horror fans will be familiar with his massive catalog of work. His stories have appeared everywhere, from anthologies of fantasy to his stand-alone novels.

Knowing all that, I still hadn’t picked up one of his stories and jumped in. It was always a convergence of wrong time, wrong book for me. This is why it was such a pleasure to be sent an advanced copy from Macmillan-Tor/Forge for his newest novella, Out of Body.

Also, at 176 pages, this is not a huge undertaking. I was looking for bite-sized horror, something that would grab me by the throat, and scatter my body in chills. What I got was… eh.

This is a decent story. I loved the librarian angle as I tend to think of librarians as superheroes. I thank my childhood visits to the library, and A Witch’s Guide to Escape: A Practical Compendium of Portal Fantasies, a short story by Alix E. Harrow.

That short story replenished my love and admiration of librarians. I was tickled that the main protagonist was one. Owen, the main protagonist, leads a complacent life where he seems happy with the routine. “It was time to wash out his coffee cup and dress for work. That day it was the blue-gray suit, white shirt, no tie. The only alternative was the brown suit, white shirt, no tie. Locking the door behind him, he walked to the corner and turned left, making for town along a tree-lined sidewalk.

Despite all the gallivanting around through night, Owen felt unusually refreshed, as if his sleep had been deeper and more sustained than normal. ―

The rain had stopped overnight, but the wind was raging, and the new leaves on the spring trees made a rushing noise like a rain-swollen creek.” Until one day, his seemingly charming if lackluster life is cracked open like a pinata. He witnesses the murder of a friend of his while in the local deli for his usual breakfast sandwich. This murder sends him for a loop, it traumatizes him emotionally, and the injury that occurred to him changed him physically. As a child, Owen suffered a terrible sleep disorder called sleep paralysis.

This disorder that stalked him as a child is back. Not only has It come back, but it has also changed, giving Owen a chance to leave his body for another plane. Owen pushes out from his body and can wander the Earth as an OBE or out of body entity. He has a duty now to observe and bear witness to the world that only night can bring.

By about this point in the story, there isn’t much going on. Owen is going day to day and night to night. He views the quirks and curiosities that only come out at night. Owen watches men who eat bugs to get high one night, a loving family the next, an author, and finally an old painter.

On one of his nightly runs, he meets another OBE, she takes him under her wing and begins to explain the terrible and frightening things that lurk in this plane, things that can sever the cord to your body, or boil your soil out of existence. There are things of real horror in this world between life and death. And, sometimes, things that see you in the spirit realm can find you in the real world.

This story is as advertised, a cool take on night paralysis and out of body experiences. It was a nice story to read, even with the horror angle that comes the last 1/3 of the story. I enjoyed reading it. The issue that I had with the story and why I didn’t give it a much higher review was I found Owen to be unlikeable.

Not all protagonists need to be liked by their readers, but Owen was so unlikeable to me that I had a difficult time latching onto his plight and being concerned about what was befalling him. That, coupled with the shorter length of the story, didn’t allow me to invest the mental energy that I would have loved to had it been longer.

All that being said, this is a good story and should be added to your reading list if you are a horror lover. The writing is solid, and the plot was interesting. The pacing lagged in the beginning but picked up dramatically at about the 50% mark. Plus, the story has elements of fantasy as well as horror so that it will appeal to a broader audience. Check it out. Though, I think I am going to try another collection of his books, The Well-Built city trilogy, to get a real sense for him as a writer.

Out of Body comes out on May 26, 2020, and can be pre-ordered or purchased wherever books are sold.

Review or Be or Not To Be: A Chooseable-Path Adventure by Ryan North

Jeffrey Ford is an American writer in the Fantastic genre tradition, although his works have spanned genres including Fantasy, Science Fiction and Mystery. His work is characterized by a sweeping imaginative power, humor, literary allusion, and a fascination with tales told within tales. He is a graduate of the State University of New York at Binghamton, where he studied with the novelist John Gardner.

He lives in southern New Jersey and teaches writing and literature at Brookdale Community College in Monmouth County. He has also taught at the summer Clarion Workshop for science fiction and fantasy writers in Michigan. He has contributed stories, essays and interviews to various magazines and e-magazines including MSS, Puerto Del Sol, Northwest Review, Hayden’s Ferry Review, Argosy, Event Horizon, Infinity Plus, Black Gate and The Magazine of Fantasy & Science Fiction.

He published his first story, “The Casket”, in Gardner’s literary magazine MSS in 1981 and his first full-length novel, Vanitas, in 1988.