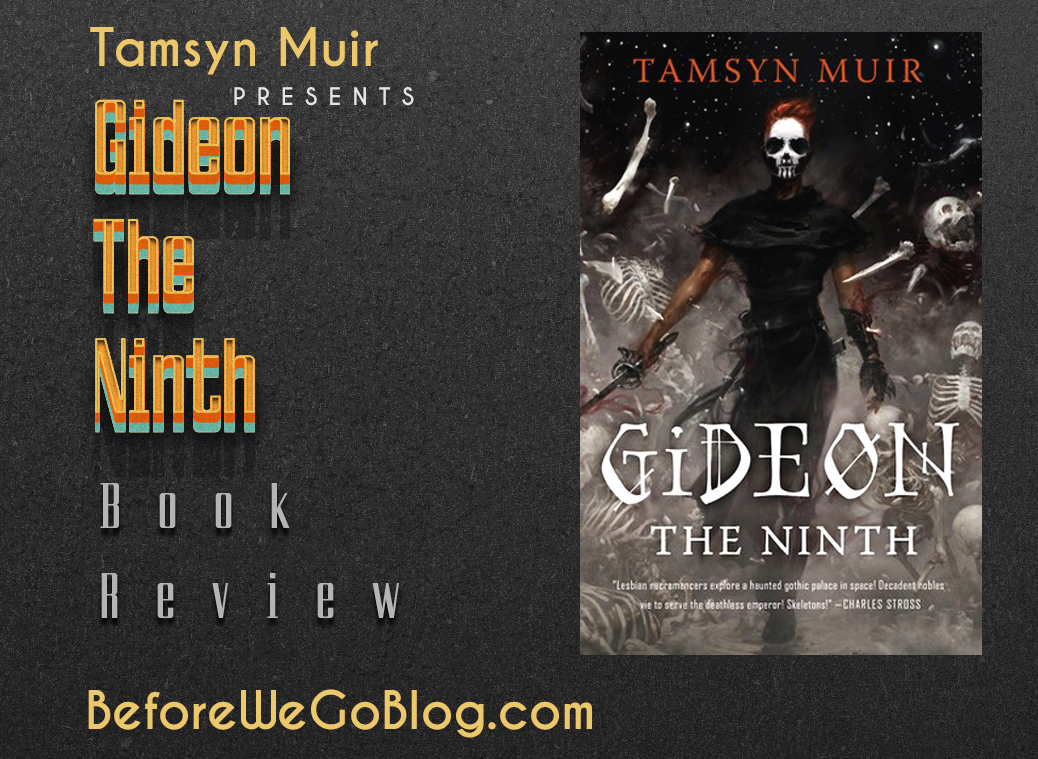 Review of Gideon the Ninth by Tamsyn Muir

Home » All Reviews » Review of Gideon the Ninth by Tamsyn Muir

“Two is for discipline, heedless of trial;
Three for the gleam of a jewel or a smile;
Four for fidelity, facing ahead;
Five for tradition and debts to the dead;
Six for the truth over solace in lies;
Seven for beauty that blossoms and dies;
Eight for salvation no matter the cost;
Nine for the Tomb, and for all that was lost.”

“Gideon the Ninth is the most fun you’ll ever have with a skeleton.

The Ninth Necromancer needs a swordswoman.

Gideon has a sword, some dirty magazines, and no more time for undead bullshit.

Tamsyn Muir’s Gideon the Ninth unveils a solar system of swordplay, cut-throat politics, and lesbian necromancers. Her characters leap off the page, as skillfully animated as necromantic skeletons. The result is a heart-pounding epic science fantasy.

Brought up by unfriendly, ossifying nuns, ancient retainers, and countless skeletons, Gideon is ready to abandon a life of servitude and an afterlife as a reanimated corpse. She packs up her sword, her shoes, and her dirty magazines, and prepares to launch her daring escape. But her childhood nemesis won’t set her free without a service.

Harrowhark Nonagesimus, Reverend Daughter of the Ninth House and bone witch extraordinaire, has been summoned into action. The Emperor has invited the heirs to each of his loyal Houses to a deadly trial of wits and skill. If Harrowhark succeeds she will become an immortal, all-powerful servant of the Resurrection, but no necromancer can ascend without their cavalier. Without Gideon’s sword, Harrow will fail, and the Ninth House will die.

Of course, some things are better left dead.

Hard DNF on this one. Damn, I wanted to love this story as it was one of my most anticipated releases this year. I did not connect with this character. I tried. I really, really tried. I picked up the book and put it down a number of times in different mental states. But Gideon felt as a character, forced. The snark that Gideon displays, which was funny on page 25, felt annoying on page 100. It felt contrived. The goth world building in the beginning that I started out loving, started feeling forced right around where I stopped reading. I give this book two stars instead of 1 because of the ideas for the world-building were awesome and unique in the beginning. It was a very cool way to approach a world.

Now, this is one of those rare books that is insanely polarizing. If you love this book, you really really love it. Like 5 stars, a huge fan of it and that is fantastic! I am so glad that there are books out there for everyone. So give this book a try. You might be in the “best book ever camp,” which would be wonderful and you will have discovered a new favorite book. Or you might be like me and this book might not have resonated with you, and that’s alright. Not every book has to be for every person. It would be a boring world if that were so.

I was provided a copy of this from TOR in exchange for my open and honest review. 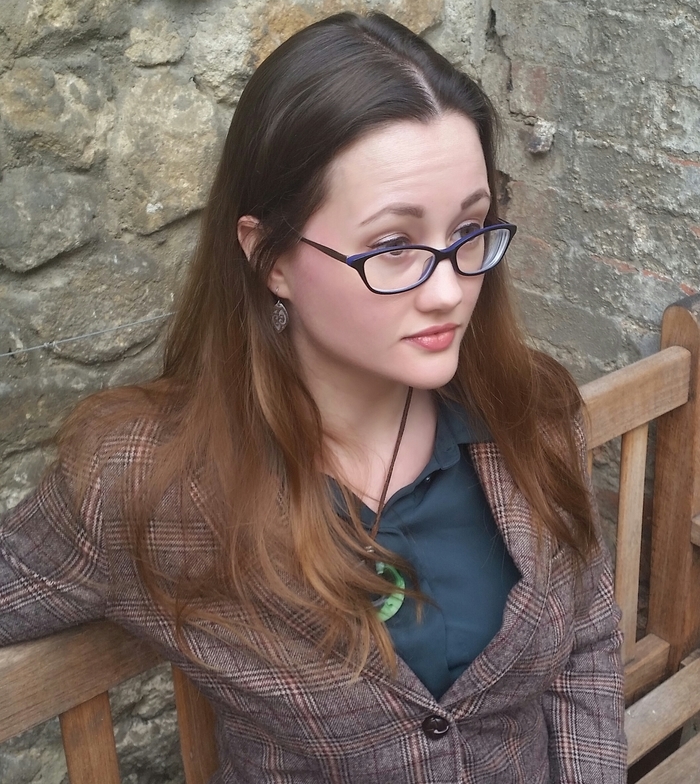 Tamsyn Muir is a horror, fantasy and sci-fi author whose short fiction has been nominated for the Nebula Award, the Shirley Jackson Award, the World Fantasy Award and the Eugie Foster Memorial Award. A Kiwi, she has spent most of her life in Howick, New Zealand, with time living in Waiuku and central Wellington. She currently lives and works in Oxford, in the United Kingdom.

Her debut science-fantasy novel GIDEON THE NINTH will be published September 2019.