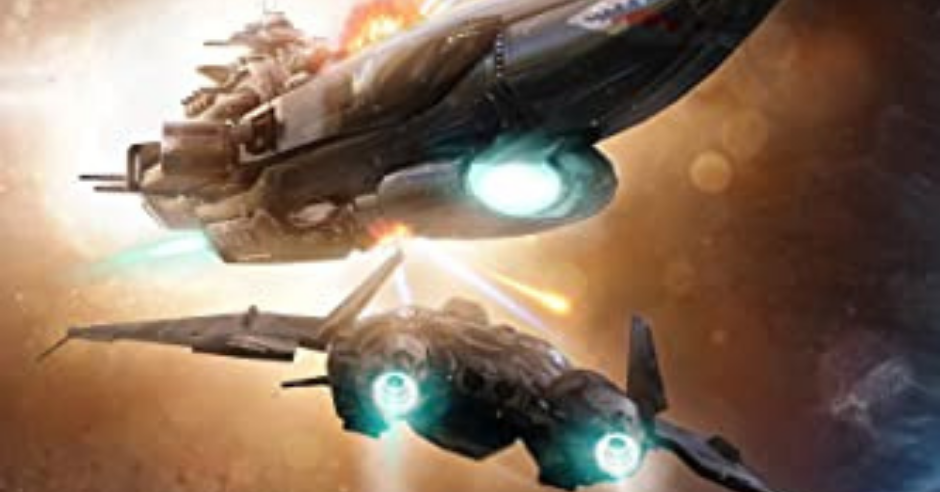 This is a solid and well-written book with plenty of action as well as likable heroes.

AGAINST ALL ODDS by Jeffrey Haskell is a military science fiction/space opera story that I absolutely loved. There’s a huge amount of science fiction available on Kindle Unlimited but I’ll be the first to admit that quite a bit of it isn’t great.

As the old saying goes, everyone can be an author but only a few people can be a good author. Well, Jeffrey Haskell manages to slide into the latter category and this is a really good first time effort (though he has a lot of experience as a journalist, explaining the work’s quality).

Jacob Grimm thought he was going to be a hero when he managed to stop an enemy flotilla during a sneak attack. Unfortunately, he finds out too late that the enemy was carrying a cargo of children. Blamed for the horrific casualties, Jacob has no options but to wait out his career in disgrace. However, he unwittingly finds himself as a pawn in the Navy’s attempt to rebuild itself after being gutted following a disastrous war.

Jacob finds himself reassigned to a battered ship in the rear-end of space but unwittingly at the flashpoint of what could rapidly turn into the frontlines for a second war. Whipping his crew into shape and trying to inspire them to be better, Jacob finds himself at the center of local criminals and conspiracies that are just the tips of a vast network of human trafficking as well as arms dealing.

I really liked the world-building of this book. The various competing space nations and their conflicts among one another. The “baddies” of this book are primarily the Caliphate of Hamid and it is every bit the nasty collection of misogynist slavers that space opera is inclined to make them. Haskell is smarter than some authors, though, and this group doesn’t represent all Muslims in his universe. There’s also the Iron Empire, which is an authoritarian state that is every bit as threatening.

The book doesn’t just follow Jacob Grimm’s perspective but several others, giving us a fascinating insight into the politics and factions populating the setting. There are true believers, mercenaries, and people just trying to make their way in the galaxy. One of my favorite perspectives is Captain Nadia, who fled from the Caliphate as a young child, and is struggling to live as a tramp freighter captain.

This is a solid and well-written book with plenty of action as well as likable heroes. It does, however, include slavery and human trafficking so those triggered by such subjects should be warned. A sexual assault also occurs off-camera. Despite this, I give it extremely high marks and will certainly be reading the next volume.

Check Out Against All Odds