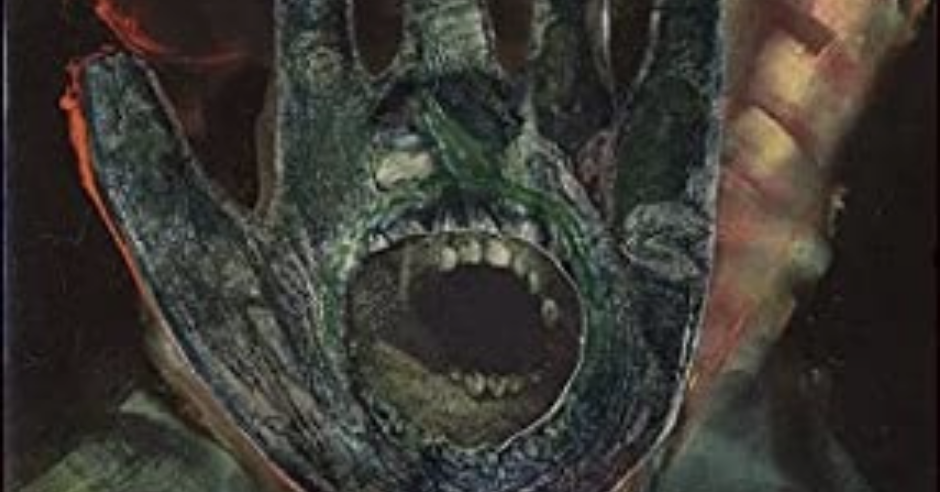 So, have I cracked the code? Partially…maybe

“If I could have broken his neck I would have, just for the pleasure of the silence after the snap.”―

Nicholas is a would-be poet and video-store clerk with a weeping hole in his hand – weeping not blood, but a plasma of tears…

It began with Nakota and her crooked grin. She had to see the dark hole in the storage room down the hall. She had to make love to Nicholas beside it, and stare into its secretive, promising depths. Then Nakota began her experiments: First, she put an insect into the hole. Then a mouse…

Now from down the hall, the black hole calls out to Nicholas every day and every night. And he will go to it. Because it has already seared his flesh, infected his soul, and started him on a journey of obsession – through its soothing, blank darkness into the blinding core of terror…

Good books let us immerse ourselves in their worlds and great books pull us in. Then there are the books that crawl inside of you. Books that burrow deeper with each passing sentence. Books that spread throughout your systems, sometimes as an energy that lifts and warms and sometimes as a shadow that squeezes and aches, and drinks from your soul.

These books don’t just tell you how it feels to live the character’s life, they don’t just show you and rely on your empathy, they make you feel it for yourself. They force you to fly high with a character’s laughter or to grip their hand as anxiety takes you both. As a reader this experience is exhilarating but as a writer it’s also a challenge. What just happened? How on earth did they do that? Can I do it too? When I first read The Cipher by Kathe Koja, I was awed at how deeply the story affected me. I had to know how her dark, twisted story had twisted me right along with those living within its pages. We all have role models for our work. Those writers who, through their stories, teach us what’s possible for our own craft. Kathe Koja is one of mine. I’m going to work very hard not to spoil this incredible work of body horror because I think everyone who can stomach it should read it. I have always been fascinated by how much beauty can be found in beastly art if only you look hard enough and The Cipher is a stomach turning stunner.

The basic premise is this: two friends/lovers/enemies Nicholas and Nakota, find an other-worldly dark void in the broom closet of Nicholas’ apartment building. They call it “the funhole” and as anyone would be wont to do, they start putting things inside. This is a bad idea. What goes in doesn’t come out the same. Those who stare into its nothingness grow to need more of it. Somehow, this nothing can do a whole lot of something and that something isn’t good. To me, The Cipher is about rot. Its main characters rot inside of their rotting apartment built in a rotting world. But these characters are alive and like all living things, the rot must be dealt with. Giving in to the rot means being swallowed and digested by it. Each character fights the rot in their own way and at their own level of intensity. Some wave a torch at the dampness to ward it off, others scrape off the mold only when it gets too unbearable.

This was their world and these were their lives before they ever discovered the “funhole.” Afterward, things begin to turn downright gangrenous. As the story unfolded I felt myself starting to change from within. First came an emptiness in my gut. It was the same feeling you get when you know a situation is about to get out of hand. Then there was the weight. Page after page my muscles felt like they were fighting gravity just a little more. As the characters grew weaker, so too did I. As their fear and anxiety grew, my own chest tightened. I wasn’t living their lives but I was physically living their emotions. I was rotting along with them. It was like a drug.

It left me feeling awful but I needed more. How could she be doing this to me? Writing is mind control. You paint pictures in someone’s head using just a few symbols on paper. This is magic in and of itself but what Kathe Koja was doing was different. She was using those runes to control my body. I had to know how she was doing it. I had to learn what that tool was and how to wield it.

Before reading The Cipher, I didn’t know I wanted that power but from that moment on, I’ve been trying to learn that new magic. So, have I cracked the code? Partially…maybe. I think I understand some of what’s happening but it’s hard to tell from an author’s point of view. You’re casting your spell on the reader and only readers can confirm the effect. What I do know is this: it’s a gradual process, like heavy metal poisoning. Every scene is another small dose your body can’t flush out. The effect is cumulative and if you wield this skill with the tact and restraint of an author like Kathe, the reader won’t taste the arsenic in their soup.

I know that Kathe Koja didn’t write The Cipher in order to teach writing lessons but those lessons are in there. They’re lessons I will continue to study and try to refine. Like the characters in her story, I stared into “the funhole” and have been forever changed, and for that I’m forever grateful.

J · Rushing is an American writer whose work blends elements of adventure, fantasy, science fiction, and horror to create worlds that feel as familiar as they do foreign.

He is a musician, amateur luthier, and former teacher who first traded the microbreweries and Cascade Mountains of the Pacific Northwest for the bustle and beauty of Paris. After nearly three years in the City of Light he and his wife settled near Zürich, Switzerland where they spend much of their time traveling and immersing themselves in the outdoors.