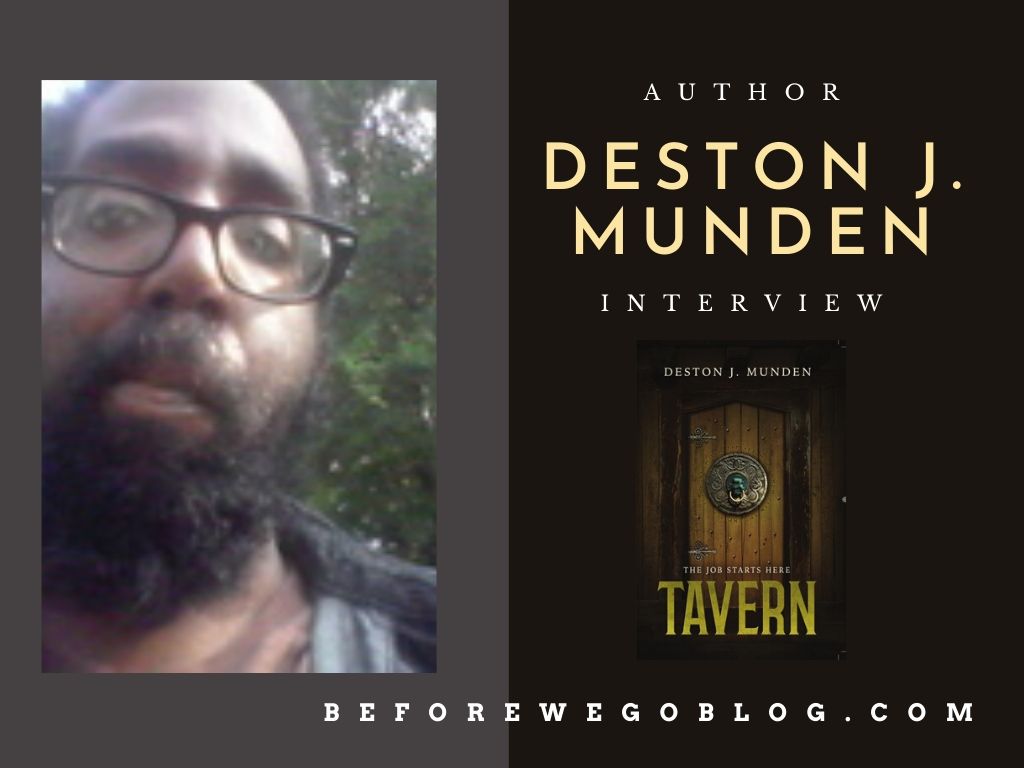 Deston J. Munden “I tend to be drawn to political struggles, family struggles, friendship bonds and inner turmoils stemmed from the past. As a black author, I tend to also be drawn to race problems and general inequality of unrepresented races or people.”

Hi and thanks for joining us. Tell us a bit about yourself and your writing.

Hello, I’m Deston J. Munden, author of the Dargath Chronicles and Dusk Mountain Blues series. I’m an author from the Outer Banks of North Carolina. I’m huge into video games, music, fashion, and cooking. In my spare time, I throw multi-sided dice and yell at the numbers for making me fail yet another Charisma Saving Throw (I like DnD a lot).

As for my writing, I’m a weird mix of comic book style and novelist. I pride myself on making interesting worlds, complex characters, and fight scenes that will knock your socks off.  It took me some time to cultivate this style and right now I’m happy with it. 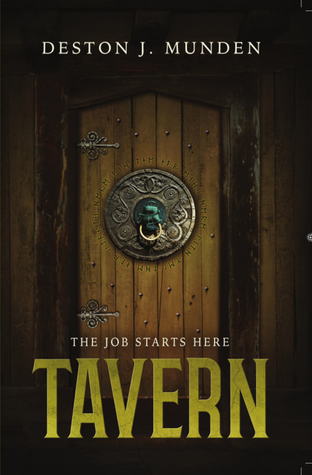 Xelnath of the Gnarled Root—a tavern owner, information broker, healer, and guildmaster of the Blackwind Company—has found a place, far better than the forest from which he came in the magical metropolis and city-state of Lladad in the Magiian Empire.

When a simple act of kindness draws the ire of a troubled assassin, his love-stricken Archmage father and an army of magically constructed golems, Xel must scheme with vipers of the high court, mingle with royalty at the castle, blackmail drug dealers in the slums, and fight assassins and mercenaries in the streets.

He needs to lean on the support of his motley crew of a dark elf assassin, a dragon pirate, a high elf royal, and a talking dog artificer to keep him from his own inner demons and doubts.

I wanted to give myself some breathing room in between and improve. My fantasy series is my main series but I wanted to improve in between books. So, I decided on doing a side project to help me develop my skills a little better. So, I took an idea that I’ve been sitting on for a while, repurposed it and made it a sci-fi space western to work on my skills. So you can say that Dusk Mountain is a passion project but I am still treating it like a huge book series that I want to continue on.

The fantasy series stars an orc, and the SF stars a family of mutants. Both protagonists are big bulky men who look intimidating but have a lot of layers underneath that. What is it about that trope that draws you to it?

It’s just a trope that I like. I’m a small guy in real life so I like the idea of being big, scary, and tough. I do have plans for much smaller protagonists in the future, but right now, I’m huge into the big bulky men and tough women with a soft center.  It’s also a confidence thing for me. When I was younger, I was always teased and bullied so I created these characters as a means of defense against the people that hurt me. No one wants to mess with an orc barbarian or a half a ton mutant.

Are there other themes you find yourself repeating through your books, intentionally or not?

I tend to be drawn to political struggles, family struggles, friendship bonds and inner turmoils stemmed from the past. As a black author, I tend to also be drawn to race problems and general inequality of unrepresented races or people. It’s a way for me to talk about these issues in a world that people can look through in a new lens.  Through these, however, I try not to choke my readers with it. I want people to see these themes while also having a good time in the stories.

One of the things I enjoyed about Dusk Mountain Blues was the massive family connection of the Caldwells. Walk us through the creation of that clan.

The weird thing about the Caldwells in its creation was a small moment I had at the mall. I saw a diverse country family with an old grandpa and four grandchildren of completely different races. That was an amazing family to me, so I kept the idea in the back of my head. From there, I started taking pieces of families that I have in my rural area of North Carolina. Like one of my previous interviewers has said, everyone knows the Caldwells. They are that family that has that one mechanic, or that one farmer, or that one sleezey cousin that never works. So, I took those experiences from my rural area and blended it with things that I like in science fiction. Thus that Caldwells was created.

The main inspiration for the general feel of the family came from Red Dead Redemption and X-Men. I took pieces of those ideas and sort of threw a hillbilly feel to it. You can definitely see it especially in characters like Appetite where he’s very much like a comic book character in terms of strength. Building each of the family’s branches came as a fun surprise from there. I’m still learning a lot about them and I can’t wait until you guys see more from the characters.

The Caldwells’ main goal was to be left alone. Why choose such reactive protagonists?

More often than not my characters in my fantasy world are called to a specific purpose or duty. I wanted to switch the script up for my scifi. I wanted something to happen to them to make them interact with the world around them. As for the end (no spoilers), it puts them in a new and interesting position that I could work from.

From a world building stand point, I wanted to start off small. By making the antagonists come to them, I could focus on building the characters versus the entire galaxy setting. When you have a developing galaxy, it’s easy to do a lot of jumping from planet to planet. I wanted to save that for later books. I worked on the protagonist and the antagonists while having an established setting that will remind people of a western.

Don’t worry though, the Caldwells will get a lot more proactive in the future.

Who are some of your major influences, and why?

I have quite a few. Lately it has been the indie community in general. There are so many amazing indie authors that keep pushing the boundaries of the industry. But as for traditional published authors, my favorite inspirations has been: Patrick Rothfuss, Nicholas Eames, Michael J. Sullivan, Brandon Sanderson, Gareth L. Powell, and James S.A Corey to name a few.

And you know I’m a huge fan of music. Bluegrass and country was huge for Dusk Mountain Blues and general fantasy music on Youtube was for Tavern.

Lastly, video games and tabletop RRPGs. I actually didn’t play Dungeons and Dragons when I started writing Tavern, but now that I have, I have developed quite a bit from it. There’s a lot of inspiration that stems from just character interactions and the world building itself! I’ll suggest if you’re stuck in your fantasy world, play an open world RPG like Skyrim or find a Dungeons and Dragons group.

Is there a particular piece of worldbuilding, or a character moment you loved but had to cut because it just didn’t fit?

There hasn’t been a scene I had to cut persay, but there were a few I had to repurpose. There are times where I have to readjust a scene mainly because my beta readers will point out something that I didn’t intend. The dinner scene in Tavern was a huge example of this. There were parts I had to change around. I had to move parts around to better display that Rynn was helping and leading the particular pieces of the little game they were playing.  All in all, I feel like I’m pretty good at figuring out what I need to adjust now.

Excluding the typical read a lot and write a lot, what is your best writing advice?

Don’t get caught in what I call the drafting loop. There are so many new authors that get stuck in the preprepation stage or the drafting stage. There are times where you’re just going to have to decide that it’s not going to be perfect and you have to live with that. Get the draft down on paper and THEN fix it. Editing while you go is a dangerous loop and will only cost you time and a lot of heartache.

Also learn to set both goals and limitations for yourself. If you’re anything like me, you want everything to be perfect the first go around. That’s not going to happen. Even when you’re finished, you’re going to look back and find things that you could’ve done better.  It’s best to just keep going and trying your best to get it finished. Finished projects are better than unfinished projects.

And lastly, what are you working on currently?

I just completed Dusk Ocean Blues’ first draft and sent out Duke’s Brand for editing. We’re heading to the long awaited Dargath Chronicles 3. For the first time ever, I’m going to be revealing the title!

Thanks for reading my interview! You can find me on: