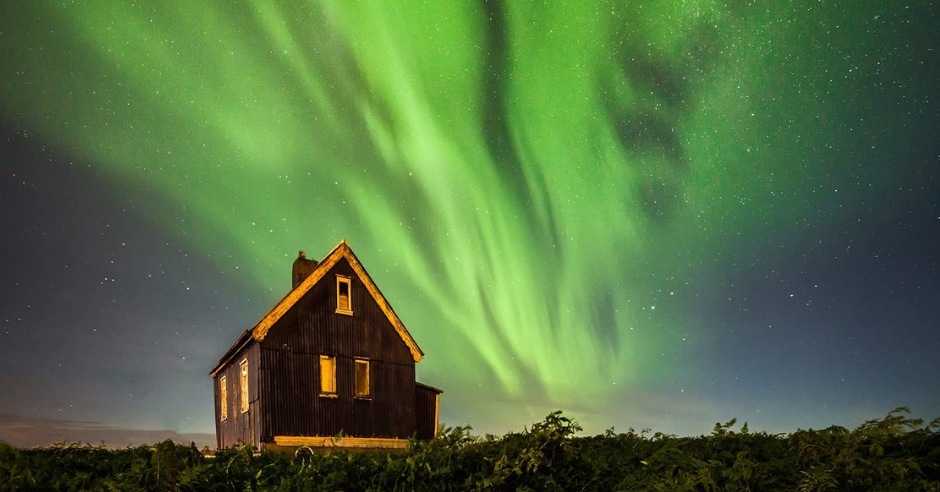 By Beth TablerSeptember 28, 2021No Comments

Bjorn Larssen “…I was always going to write about the Norse Gods – I’m a heathen myself. But there are so many straight retellings, maaaaybe with a spin. I wanted to tell the stories from the point of view of Thor’s neglected son and Freya’s “adopted” daughter – Thor’s son, Magni, gets two mentions in the entire lore, the second being that after Ragnarök he carries Thor’s hammer back into Ásgard.. ….”

Six Elementals Author Interviews will introduce prospective readers to some of the best writers in their genre you may, or may not, have heard off, via a series of six questions. I encourage you to check out the work of these phenomenal creatives! Links to their websites and purchase links will always appear, accompanying the interview. Check them out!

I am very humbled to be joined by the incredible Bjorn Larssen, author of historical fiction, and Grimdark Norse fantasy. Bjorn’s current published works are: Storytellers, Children, and Creation.

P.L.: Thank you so much Bjørn for participating in this interview. Is there anything in particular you would like readers to know the author and person who is Bjørn Larssen?

Bjorn: Thanks so much for having me! I’m the sort of person who completely blanks when facing an open question like this. Um. I’ve got a degree in maths, I worked as a blacksmith for four years, and having your head tattooed isn’t very painful, but BRING EARPLUGS.

P.L.: Ha ha! I’m not brave enough like you to even attempt smithing! You are quite the decorated author at an early stage in your career. Your first book, Storytellers has won a Readers’ Favourite Gold Medal, been a Discovering Diamonds’ Discovered Diamond Winner, and an Eric Hoffer Grand Prize Award Finalist. Your second book, Children is a Stabby Nominee, and has placed second in the Cover Contest for Self-Published Fantasy Blog Off #7. You have recently published your third book, the novella Creation, which is already receiving rave reviews. How do you feel about all the accolades and success you have enjoyed so far?

Bjorn: I keep waiting for people to realise they’ve been reading the wrong books all this time. (I’m definitely very proud of the covers. Those are right.) Seriously, though, I don’t know. I don’t think of myself as “oooh, I’m such a decorated author” 😉 That gold medal helps with the impostor syndrome a lot. My husband hung it so that I can always see it from my usual writing spot when I get into the “I’m shit at this” mindset.

P.L.: I think that was a wonderful idea by your husband to help stave off thoughts of “imposter syndrome” we creatives suffer from time to time. There are lots of ongoing discussions regarding neurodivergent writing in fantasy and other fiction genres. You wrote quite the compelling article yourself on the subject, as have many top and emerging authors. How would you assess the current state of neurodivergent writing in fantasy?

Bjorn: I hope it doesn’t become a part of the “diversity checklist” – the traditional publishing has been very enamoured with the concept of diversity, because it turned out that there’s money to be found there. “This book contains good representation of bipolar disorder” kind of thing. What appeals to me is the idea of a character with bipolar, or an autistic one just being in the book. Without a diagnosis or medication, just as a person.

Flóki from the TV show Vikings would most probably get diagnosed with schizoaffective disorder today. I think that was the first time I saw an ND character like this on TV, and not advertised the way Homeland was – “PAY ATTENTION: CLAIRE HAS BIPOLAR.” Flóki just was who he was. It wasn’t his Horrible Burden, it wasn’t his Great Superpower, nobody pointed at him hissing “it’s the crazy one.” Ragnar was Ragnar, Lagertha was Lagertha, Flóki was Flóki. This is how I would like to write and what I would like to read. Characters who don’t have to get “fixed,” are not “diverse,” and are more complex than “the crazy one” – but you get to learn from them and about them.

P.L.: I love your perspective, and how “just being” part of the book and learning from the characters what they are all about, through their own words teaches the reader about neurodivergence. Your brilliant book Children is unforgettable, and one of my favourite all time reads. It is also very haunting and some might even say disturbing. What was the impetus to write that particular book, including some of the dark themes explored?

I was always going to write about the Norse Gods – I’m a heathen myself. But there are so many straight retellings, maaaaybe with a spin. I wanted to tell the stories from the point of view of Thor’s neglected son and Freya’s “adopted” daughter – Thor’s son, Magni, gets two mentions in the entire lore, the second being that after Ragnarök he carries Thor’s hammer back into Ásgard.

The mythology as a whole – well, what we have left – is incoherent. Some myths are contradictory. I wanted to put them in an order that would make some sense, using Magni and Maya as the main actors. Accidentally I ended up writing this grimdark novel that reconstructs three or four myths, has the pantheon in it, and lots of my personal experiences. I was very surprised to hear that people felt the book was so dark; I knew two scenes, one of them based on my experience, were really dark, but I thought the rest was sort of…average. I thought that since there was no bloodshed, the book was kinda light and funny, right?

P.L.: It seems “grimdark” has become associated with graphic violence, yet sometimes the psychological aspect is forgotten when we think about that type of writing. What types of books does Bjørn Larssen like to read? Please name some authors you will pretty well read anything they write?

Bjorn: I read very wide. Jenny Lawson, Allie Brosh, Karen Heenan, Marian Keyes, Marian L. Thorpe, Krystle Matar, Michael Cunningham, Samantha Irby, Annie Whitehead are auto-buys for me. There’s the old guard, of course, as well – Jane Austen, Brontë sisters, Carrie Fisher, Judith Krantz, Julio Cortázar, Sir Terry Pratchett. I don’t read horror and I don’t like slashers – I stay away from the sort of fantasy that uses the word “bloodshed” in the blurb. And, this is quite specific, nothing about World War II or that period, unless it’s set somewhere the war didn’t reach and it’s never mentioned. That’s a personal thing.

Bjorn: Technically the Storytellers audiobook is traditionally published, but I had complete control over every aspect, from the narrator choice to the cover. The text is unabridged. This is how I would be happy to get traditionally published: don’t touch my book, just give me money. In other words, I’m never going to have a legacy publisher, unless it’s for translation rights. I have never received a rejection from an agent or a publisher, because I never sought one – I knew a year before I finished Storytellers that I would be publishing it myself.

Thanks again for having me! It’s been a pleasure.

P.L.: It has been so awesome to speak to you, Bjorn, thank you!

Bjørn has a degree in mathematics and has worked as a graphic designer, a model, a bartender, and a blacksmith (not all at the same time). His hobbies include sitting by open fires, dressing like an extra from Vikings, installing operating systems, and dreaming about living in a log cabin in the north of Iceland. He owns one (1) husband and is owned by one (1) neighbourhood cat.