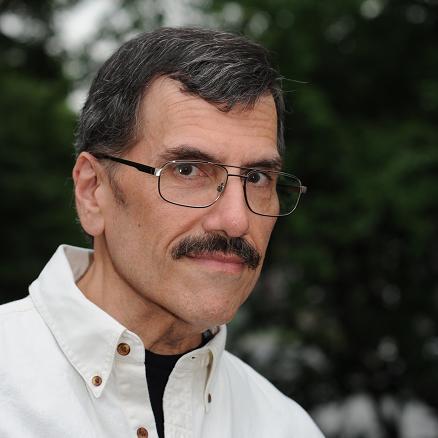 Christopher D. Ochs “I devoured the entire book. I knew that the subject was so rich, I was inspired to write a novel involving the whole witches’ brew of peer pressures, pecking orders and social dynamics.”

My upcoming novel “My Friend Jackson,” a gritty YA Urban Fantasy inspired by Rosalind Wiseman’s “Queen Bees and Wannabes.” will be released October 1, 2020.

While writing a short story “Book Worm” for the Bethlehem Writers Group anthology “Once Upon a Time,” a librarian friend recommended Rosalind Wiseman’s study of bullying among teenage girls, “Queen Bees & Wannabes,” as research material.

I thought I’d skate by, reading one, maybe two chapters. The work was so engrossing, I devoured the entire book. I knew that the subject was so rich, I was inspired to write a novel involving the whole witches’ brew of peer pressures, pecking orders and social dynamics. Add a monster to assist the hapless target of such bullying and “My Friend Jackson” was born! 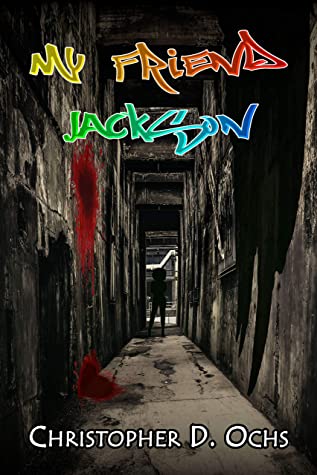 “Christopher D. Ochs’s My Friend Jackson is a taut and compelling look at bullying and the social structures young adults must navigate while in school and on the streets. Jasmine is a complex character whose unusual friend, a Jackson chameleon given to her by an elderly neighbor, enables her to make real those revenge fantasies most of us harbor at some point or other in our lives. The plot is thought-provoking and real, and Ochs’s characters are authentic and believable. And while the genre listed is young adult fiction, anyone with an interest in coming of age stories with a psychological thriller twist to them should consider giving this well written
tale a try.

My Friend Jackson is most highly recommended.”―

An ancient guardian chose her. Neither the guilty, nor the innocent, nor she are safe.
Fresh out of the Projects, Jasmine Price’s days are filled with emotional, physical, and cyber abuse at the hands of her new school’s queen bees. With her parents mostly absent, Jasmine latches onto Bibi, a grandmotherly figure from Tanzania, and her beloved pet chameleon, Jackson.
Rivalries, jealousies and hatred escalate the violence toward Jasmine to a murderous level, until a monstrous force intervenes on Jasmine’s behalf with deadly consequences. When she discovers the secret behind her unholy avenger, Jasmine takes the offensive, becoming a merciless force more terrifying than her worst tormentors.
But choices have consequences. Some more horrific than others. 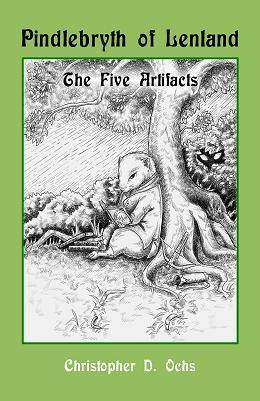 The Five Artifacts were gifts from the Quickening Spirit to the first five nations of the world: Arctic Fox, Crow, Lemming, Raccoon and Snow Goose. Lost to Time, the Artifacts became the stuff of legend as more animal nations learned the power of language and the tools of civilization. Pindlebryth, Prince of Lenland, awakens to discover the people of his entire nation have been enslaved by a forgotten enemy. He soon learns it is all but a part of a larger plot by an unknown nemesis to use the mystical Artifacts to remake the entire world in their own image. Pindlebryth, and Lenland’s untried sorceress Darothien, struggle against betrayal, international intrigue, and an unseen puppetmaster, as they race to follow a bewildering trail of ancient clues to locate the most powerful of the Artifacts. Only to realize its darkest latent power may doom them both.

Check Out My Other Novels

My Friend Jackson
If I Can’t Sleep, You Can’t Sleep
Pindlebryth of Lenland

Anthologies with Bethlehem Writers Group:
Untethered
Once Upon A Time
and others…

Christopher D. Ochs’ foray into writing began with his epic fantasy Pindlebryth of Lenland: The Five Artifacts. Several of his short stories have been published in the Greater Lehigh Valley Writers Group and Bethlehem Writers Group anthologies and websites. His latest work is a collection of mirthful macabre short stories, If I Can’t Sleep, You Can’t Sleep. His current literary projects stirring in the cauldron include: many more short tales of the weird; a couple of sci fi/horror mashups; an e-book prequel and the second installment of the Pindlebryth saga … and maybe another Jackson? Chris has too many interests outside of writing for his own good. With previous careers in physics, mathematics, electrical engineering and software, and his incessant dabblings as a CGI animator, classical organist, voice talent on radio, DVD and anime  conventions, it’s a wonder he can remember to pay the dog and feed his bills … Wait, what?