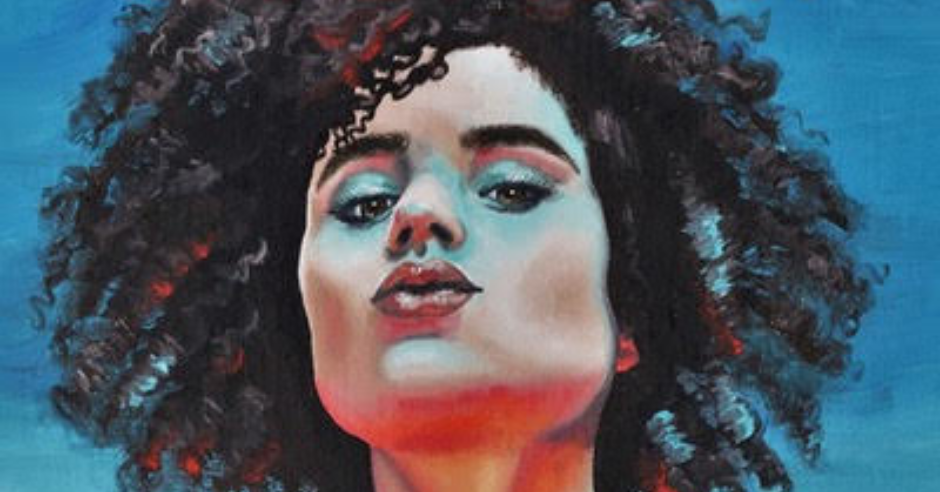 #indiespotlight of Darby Harn, Author of the Ever The Hero Series

Home » All Reviews » #indiespotlight of Darby Harn, Author of the Ever The Hero Series

Darby harn “what if superheroes charged for their services? And what would happen if you fell behind on your bill? And that became Ever The Hero.”

In 2011, I read an article in the New York Times about a man whose house burned down in rural Kentucky. He called the fire department, and they came, but because he hadn’t paid his emergency services bill – a monthly fee like water or gas – they wouldn’t help. They just watched it burn. I was aghast. For whatever reason, that immediately clicked into my head – what if superheroes charged for their services?

And what would happen if you fell behind on your bill? And that became Ever The Hero. By the time I finally published the book in early 2020, what I thought was this isolated instance of inhumanity had become a much more obvious and problematic mode of behavior in our culture at large.  My motivation as an author is one, to reflect the world around me in ways that I can then hopefully make sense of. Or maybe other people can. And two, write a book I want to read. I am a huge comic book and superhero nerd, and there is a proud literary tradition in comics that involves Alan Moore and Neil Gaiman and so many others, but I don’t feel like I had read the book after Watchmen, or Swamp Thing, or Sandman.

To my mind, anyway. So I wanted to explore this idea of what would really happen if people had these powers. How would they deform the world we live in ways good and bad. Not just for the purpose of subverting tropes, but exploring ideas and characters and issues. And somewhere in that became this novel and now a series. The second book, The Judgment Of Valene, has just come out and the third I hope sometime later in 2021. 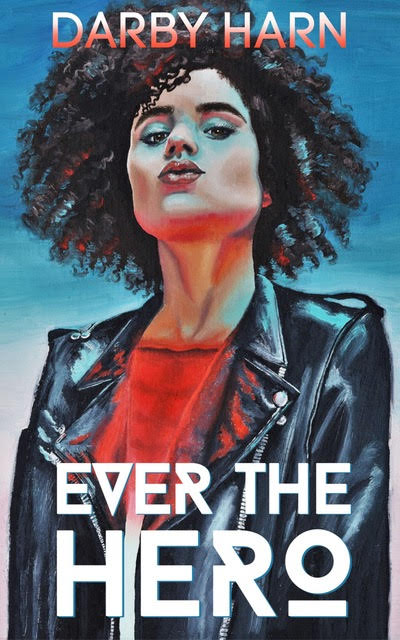 “Harn’s entertaining debut uses super powers as a metaphor to delve into class politics in an alternate America.” – Publisher’s Weekly

“If you want a gritty approach to super heroes with a literary twist that still levels buildings, has aliens, and government conspiracies, don’t sleep on this.” Wayne Santos, author of The Chimera Code

“★★★★★ – Ever The Hero is highly recommended for fans of LGBTQ+ fiction, superhero genre readers and sci-fi fans alike.” – Readers’ Favorite“―

Superheroes are big business. Imagine not being able to afford them.

Kit Baldwin just wants to make rent. The only work she can find in the ruins of her devastated city is scavenging for alien technology. When she finds a powerful alien weapon, her discovery pays off more than she could have hoped: it draws the attention of the most powerful of the superhuman Empowered, Valene.

Valene hears everything, everywhere. She suffers for it, and as they begin a precipitous romance, Kit believes she can use the weapon she’s scavenged to mitigate Valene’s pain. If she can’t, Valene will retreat to the soundlessness of space. Without Valene’s compassion, the stricken city is left to the mercy of Valene’s ruthless father, who denies the assistance the city needs unless it can pay for it.

As Valene’s condition worsens, Kit becomes more desperate and unleashes the full power of the alien weapon. In an instant, she is transformed into a being of cosmic power. She can acquire the knowledge and energy of anything – or anyone – she touches. 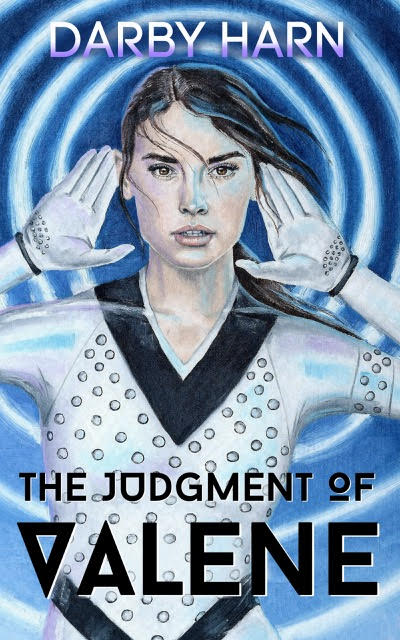 the judgement of valene

“While it’s the superheroics and the social commentary and the storytelling that draws you into Harn’s books, what’s going to linger are the characters — and it’s them who will keep you coming back to Harn’s Eververse books for a while to come, I bet.” – Umney’s Alley

“It’s a fun, action-packed read and the conclusion literally levels landscapes.” – Wayne Santos, author of The Chimera Code
“Just like in Ever the Hero, you can expect gorgeous prose, endearing and dysfunctional characters, and a story that fulfills your craving for super-human battles and an intriguing plot, while subverting genre expectations.” – Al Hess, author of Travelers

The Eververse continues in the second book in a series that’s been called ‘the next logical step after Watchmen.’

Valene hears everything in the world. Except for her killer coming.

For the first time in her life, Valene Blackwood has peace. She’s been aboard her own private space station for a year, removed from the sonic duress of the world that she suffers due to her superhuman ability to hear everything, everywhere. When her father dies, she must return and take over the family business – selling superhuman protection for profit.

With her father gone, challengers emerge for control of Great Power. Valene is young, unproven, and wanting only to go back to her sanctuary in the sky. She struggles to stay focused, knowing the future of the company is at stake. The future of the Empowered. Before she has a chance to get her feet on the ground, someone tries to kill her.

Advanced technology nearly rips Valene right out of her own skin. Technology only one person in the world could have invented: the woman she left behind by going up to the space station. Kit Baldwin. But Kit is a hero. Is someone setting her up? Is someone trying to ruin them both?

Valene sets out to find the truth, and for the first time in her life, she has to listen. She has to stay in the world. She has to be the hero she never wanted to be.

If she can survive. 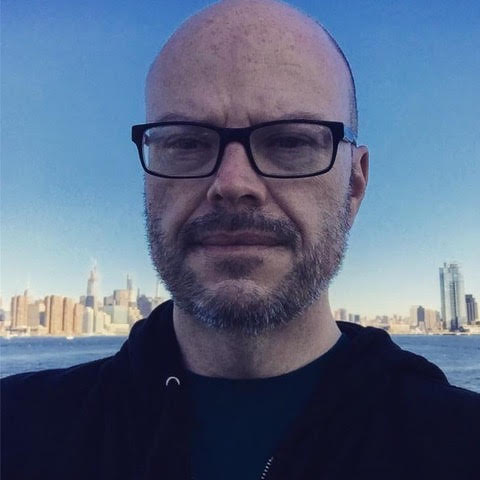 Darby Harn is is the author of the sci-fi superhero novel EVER THE HERO. He is a contributor for Screenrant, CBR.com, Star Wars News Net, and Movie News Net. His short fiction appears in Strange Horizons, Interzone, Shimmer, and other venues.

Check Out Some other indie authors

#indiespotlight of Andy Kumpon, Author of Seeds of the Dead: (Genetically Modified Zombies! A tale of a deadly viral outbreak in our bioengineered food.)