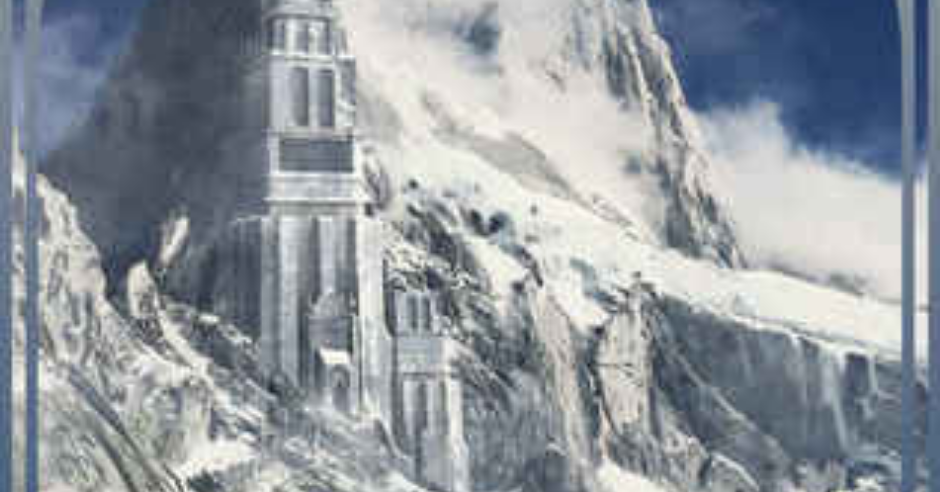 Fantasy in the Late Victorian Era

To the north sits Thyesten, the ancient Lich King of Gedlund. He has banished death, and for countless centuries ruled a land where ghosts, vampires, and other wicked undead keep men in feudal servitude. Elsewhere in the world, human civilization has flourished, and with rifle and iron rail, the power of the Elves has been banished at last. Foremost among the great modern nations is the Verin Empire, and with their prosperity threatened by forces the Elves once kept in check, they find themselves rushing headlong into war with Thyesten’s Kingdom of the Dead.

Tammen Gilmot is a young soldier sent to defend the Verin Empire’s colonial frontier who finds himself swept up into this reckless new campaign, pitting rifle and cannon against Gedlund’s ruthless Everlords and their legions of the dead. In the goblin-infested southern frontier, the sprawling metropolis of Gemmen, and the haunted northern kingdom of Gedlund, the modern world wars against the past as Tammen tries to find his place in the forming of history.

Gedlund is the story of a young man’s rise to responsibility amid battles between humanity and the terrors of the distant past. Drawing inspiration from Lord of the Rings, Catch-22 and our own late 19th century, William Ray’s debut novel features a complex and nuanced world of memorable characters and unique perspectives on life in worlds of classic fantasy.

Thanks to rifle and iron rail, humanity now flourishes after centuries of submission. With the oppressive power of the Elves ended at last, human nations have grown mighty, and the Verin Empire’s colonies spread civilization to the farthest corners of the world. But civilization has not taken root everywhere…

To the north sits Thyesten, the ancient Lich King of Gedlund. He banished death, and for countless centuries he has ruled a land where ghosts, vampires, and other wicked undead keep mortal men in feudal servitude. Now, without the Elves to keep that monstrous realm in check, the Verin Empire must pit men and cannons against Gedlund’s legions of the dead, its ruthless Everlords, and terrifying ancient magics.

Tammen Gilmot, a young soldier defending the Empire’s colonial frontier, finds himself swept into this reckless new campaign. Disowned by his family, yet ill-fitted among his new comrades, to survive the coming war, he must learn to lead in the face of dubious leaders and unimaginable horrors.

I’m a sucker for worlds based on historical eras, so Gedlund really appealed to me, being a take on a world that resembles the late Victorian era. The Verin Empire is a colonizing empire, especially now that the elves have disappeared, leaving their lands free for colonizing, as well as freeing up forces to allow for colonization in other places. The initial setting, Rhakhasin, bears a striking resemblance to the British colonizing efforts in South Africa, where troops in Rhakhasin fight in outposts trying to defeat goblin natives bent on removing the Verin colonists, and the only thing holding them back are the heavy weaponry and soldiers lives of the Verin Empire.

The death of the Crown Prince by assassination brings us to the other two settings in the book: The forests of Aelfua, abandoned kingdom of the elves, and Gedlund, the haunted kingdom of the Lich King Thyesten. We see Aelfua as just a creepy empty forest, with cities just vanished, slowly and unhurriedly being colonized, at least along the coastline. Across the straight to the North, Gedlund is a mystery, wrapped in an enigma, since no one has visited it in centuries and returned. Ruled by Thyestin through his undead Everlords, beings of massive necromantic power, they must advance across a land beaten by horror into feudal submission to an immortal despot. The living of Gedlund aren’t the real threat, but the many dead that have accumulated over the thousand years of Thysten’s reign, including the many invaders that have tried to wrest it from Thyesten. It’s definitely interesting to see how a “modern” military fights a medieval one, even if the being undead part helps the medieval side.

The character creation in this book really shines. There are characters like Tammen Gilmot, a young man who took to soldiering to travel on the government’s purse, since he wouldn’t be able to afford to travel otherwise. A bit naive, he has to rise to the occasion as time goes by, especially as his responsibilities increase. It takes a lot to shake his worldview, but after enough horror for any man’s life, Tammen finally has enough, making some life altering decisions. The rest of the characters are just as well written, characters like Captain Valdemar Hoskanner, a man out of time, having escaped Gedlund centuries ago, and been turned into a statue ina spell gone wrong, only returning to normal centuries later when the elves left. There are also interesting characters like Corporal Glynn, an excellent soldier who’s holding a life changing secret. Then there are Gus and Claude, sergeants who look and act like brothers, providing much needed levity and mischief, but also bravery and leadership in the face of the enemy. Even the antagonists, strange powerful beings they are, have some realistic motivations, even if it is to just to hold off death and maintain power. This aspect is definitely a strength of the book, really drawing the reader in.

I was shocked at how fast a read this book was for such a thick book. The story just drags you in and never seems to let go, really keeping the tension and action ramped up throughout. The author definitely differentiates Gedlund from a lot of the “flintlock fantasy” by setting the story in a more technologically advanced society, more along the line of the end of the steam era, with tech such as trains, steamships, Gatling type guns, and society about to make even more technological leaps, side by side with fading magic, especially in places like Gedlund. It’s this dichotomy that really helps make this story pop, and should really appeal to a wide variety of fantasy fans.

Check Some of Our Other Reviews