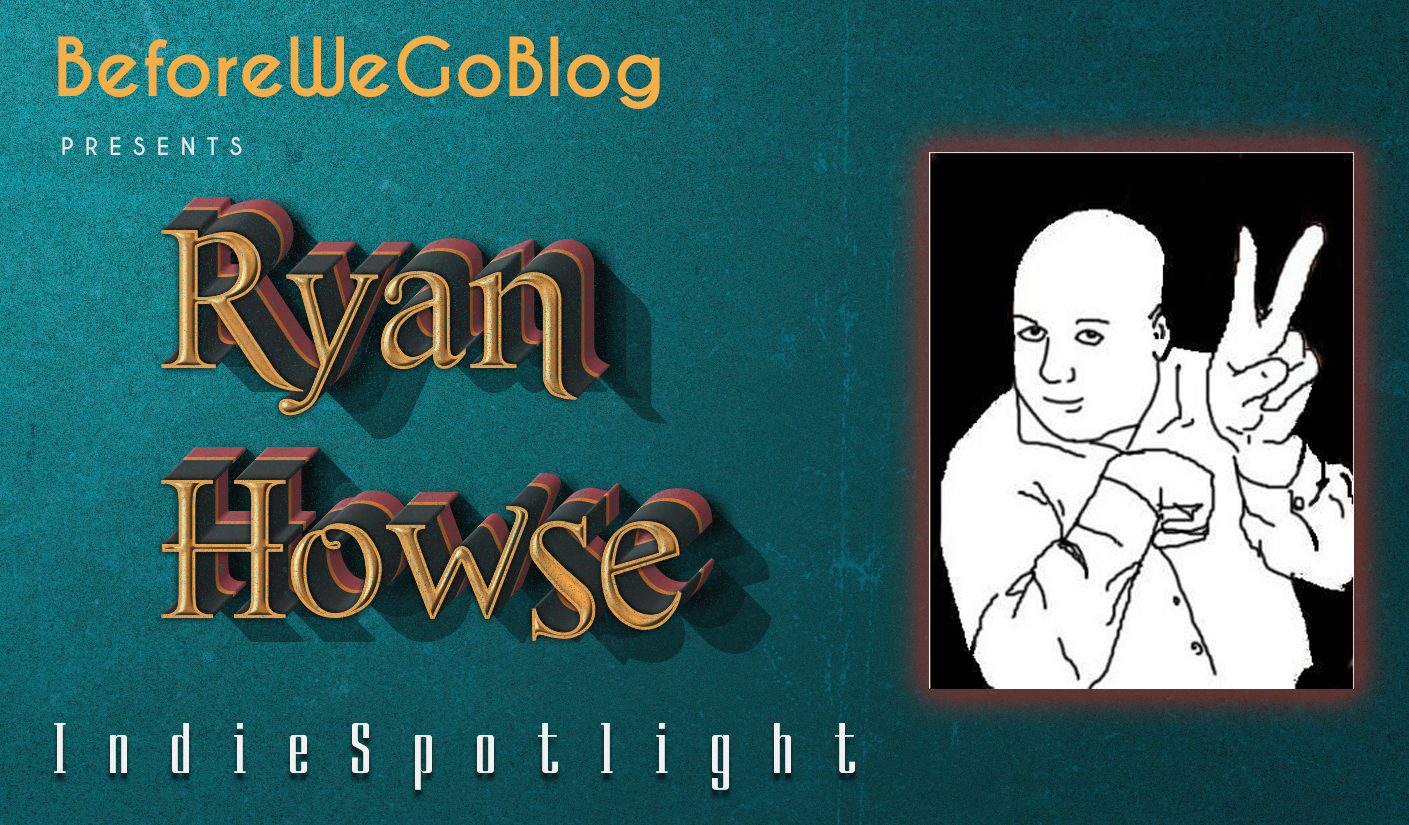 Independent author Ryan Howse discusses his new series “A Concerto For the End of Days.” Each novel within the series a standalone with it’s own new protagonist.

“As a new writer I wanted the best of both worlds—connectivity for those who want to read sequels, a standalone nature for those who just wanted to pick up a random book to read. ”

I’ve been here before talking about fantasy, and why it’s my favorite genre (Link) I love that frisson of where the real meets the unreal.

A Concerto for the End of Days, my fantasy series, opens with a triptych rather than a trilogy. Three books in the same setting, but different locations in that setting, different protagonists, and different problems.

I did this for several reasons. First, it let me show that the world is large, with room for all sorts of stories. It’s an industrial-era fantasy where much of the industry is powered by Arcanum and alchemy. It’s also a setting ruined by an ancient war among the gods, and mortals are forced to live in their ruins.

The death of the gods and the weakening of reality is a strong enough concept that it would have ripple effects in many areas. Technology, warfare, economics, religion, philosophy, and even the weather have all been altered by theocide.

Another reason is that by making a new protagonist for each book, I avoided making any one character the lead of the series. No chosen one here, just a lot of people trying to make a difference in their own ways. These protagonists aren’t out there saving the whole world. They’re trying to save their friends, their family, their home.

The last reason is that it let me blend fantasy with a variety of genres while keeping it all coherent.

The series starts off with the action-packed heist of The Steel Discord, shifts to the noir of The Alchemy Dirge, and finally finds unity in the weird western of The Vivus Nocturne.

The Steel Discord is a magitech train heist. Zarachius Skie is an Arcanist and ward to an infamous occultist. When his mentor is arrested for conspiracy to commit regicide, Zarachius knows it has more to do with political machinations than any real threat. He and a few conspirators, including a traitor, a woman out for her own revenge, and his closest friend, break onto the military train in order to rescue him.

Nothing goes as planned. There are conspiracies within conspiracies, betrayals, double-crosses, and a secret, powerful magic that people would murder to acquire–or keep hidden.

The second story, The Alchemy Dirge, is a fantasy noir, following an alchemist and a black market arcana merchant. They’re dealing with the political tensions between Aeon, a mercantile city-state, and Mordant, a country which has all the resources and military power.

But the protagonists are not politicians, not heroes, just people trying to live their lives and improve their situation in a city that teeters on the edge. Salai Pavane, the alchemist, is trying to invent a printing press to help the impoverished people in his section of the city. Ilher Saligari, the merchant, is making deals with both sides of the law. And when some of Salai’s alchemy, sold by Ilher, turns explosive, they realize they’ve created a terrible weapon of war.

The Vivus Nocturne follows Celeste, the chiurgeon of a mining town. As more miners are injured, the workers worry about sabotage, and then suspect more sinister things. The empire needs their vivus though, and any slowdown will be met with severe backlash from the powers that be.

There is one more reason I chose three standalones to start the series off. I wanted to give readers a choice. I wanted people to say “Well, I like the sound of The Alchemy Dirge but I haven’t read The Steel Discord,” or “I love a weird western but could pass on the noir.”  As a new writer I wanted the best of both worlds—connectivity for those who want to read sequels, a standalone nature for those who just wanted to pick up a random book to read.

There are certainly easier ways to begin an epic series, but this idea got across exactly what I wanted. Characters got their spotlights. I could play with a variety of genres. There would be a sense of scale. Most importantly, rather than world-altering stakes I could keep everything personal.

A Concerto For The End of Days

His mentor, the Arcanist Mordekai Gethsemane, had been arrested for conspiracy to commit regicide. Zarachius knew it was false. He did what had to, and snuck onto a military train to break Mordekai out.

But now, the Ancien Legion, vengeful anarchists, and Mordekai’s old co-conspirators are doing whatever it takes to bring Zarachius out of hiding. They need to know what he knows.

They need to know the secret he uncovered on that train.

The Steel Discord is quite a unique and absorbing story of political machinations, betrayal, and fighting against the tide of fate. With a strong focus on the very human belief of knowing all the answers, only for that belief to be inevitably shattered by the realization that there is always more to learn, it’s a testament to the old adage ‘nothing is as it seems’.

In Aeon, everything can be had for a price.

In this city of guilds, conspiracies, and artifice, the cost can be more than gold.

Salai Pavane, alchemist and inventor, wants to create a printing press to lift his fellow citizens to a better world. Desperate to fund his invention, he pushes the boundaries of alchemy to sell on the black market. In doing so, he accidentally produces the most dangerous weapon the world has ever known.

Success is more dangerous than failure. Now he’s pursued by anarchists who want his formula, the Ministry who wants him imprisoned, and assassins who want him dead.

I like, in no particular order, tabletop gaming, board games, arguing over books, ancient history and religion, and puns.

You can find him online at twitter.com/RyanHowse