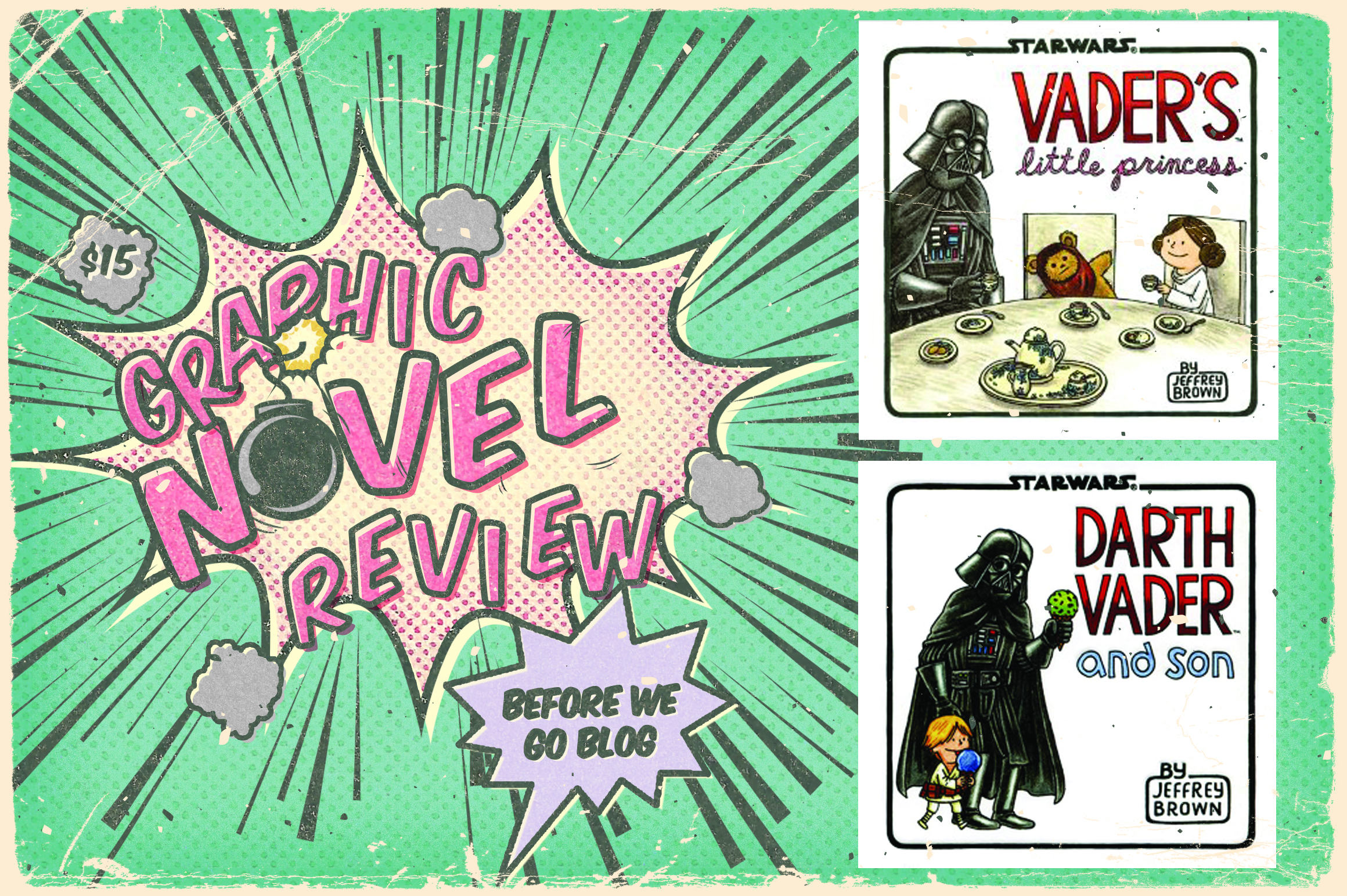 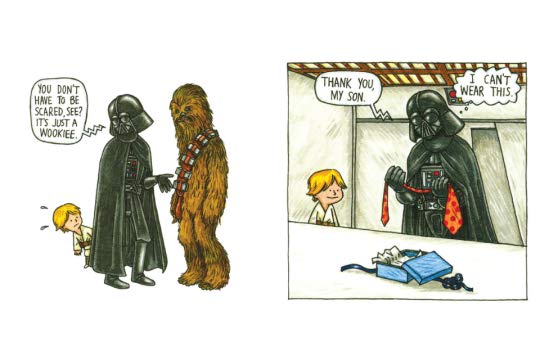 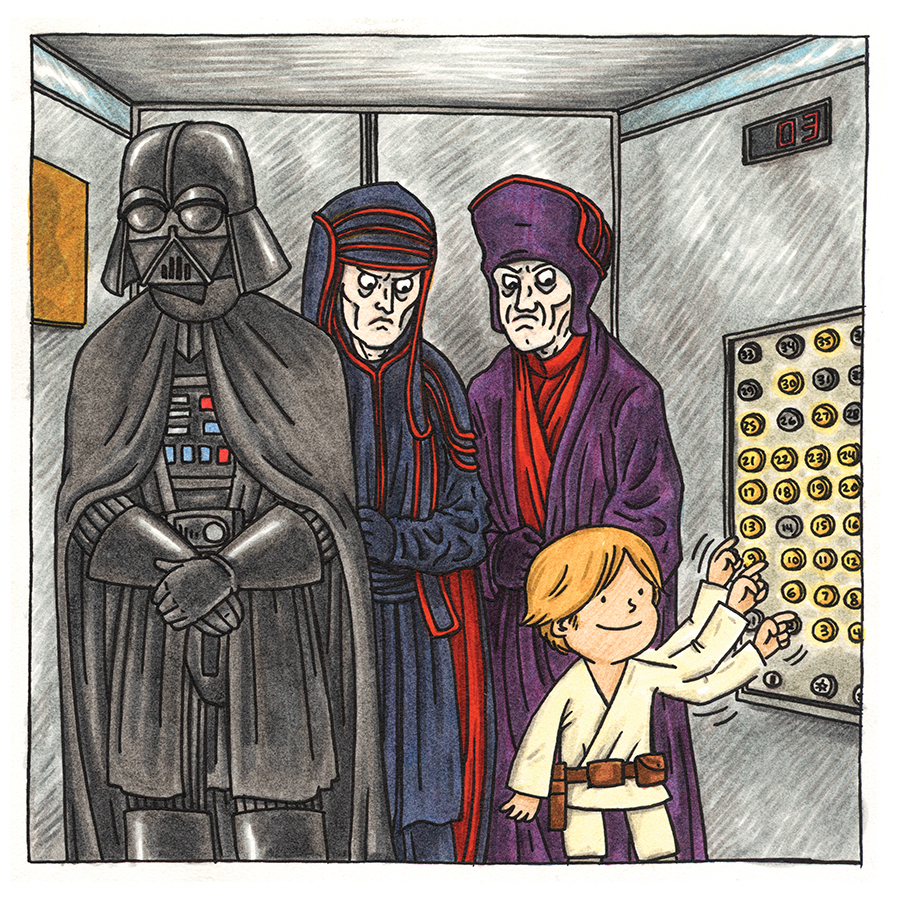 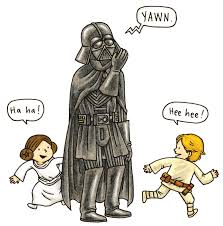 What if Darth Vader took an active role in raising his son? What if “Luke, I am your father” was just a stern admonishment from an annoyed dad? In this hilarious and sweet comic reimagining, Darth Vader is a dad like any other except with all the baggage of being the Dark Lord of the Sith.

Celebrated artist Jeffrey Brown’s delightful illustrations give classic Star Wars moments a fresh twist, presenting the trials and joys of parenting through the lens of a galaxy far, far away. Life lessons include lightsaber batting practice, using the Force to raid the cookie jar, Take Your Child to Work Day on the Death Star (“Er, he looks just like you, Lord Vader!”), and the special bond shared between any father and son. 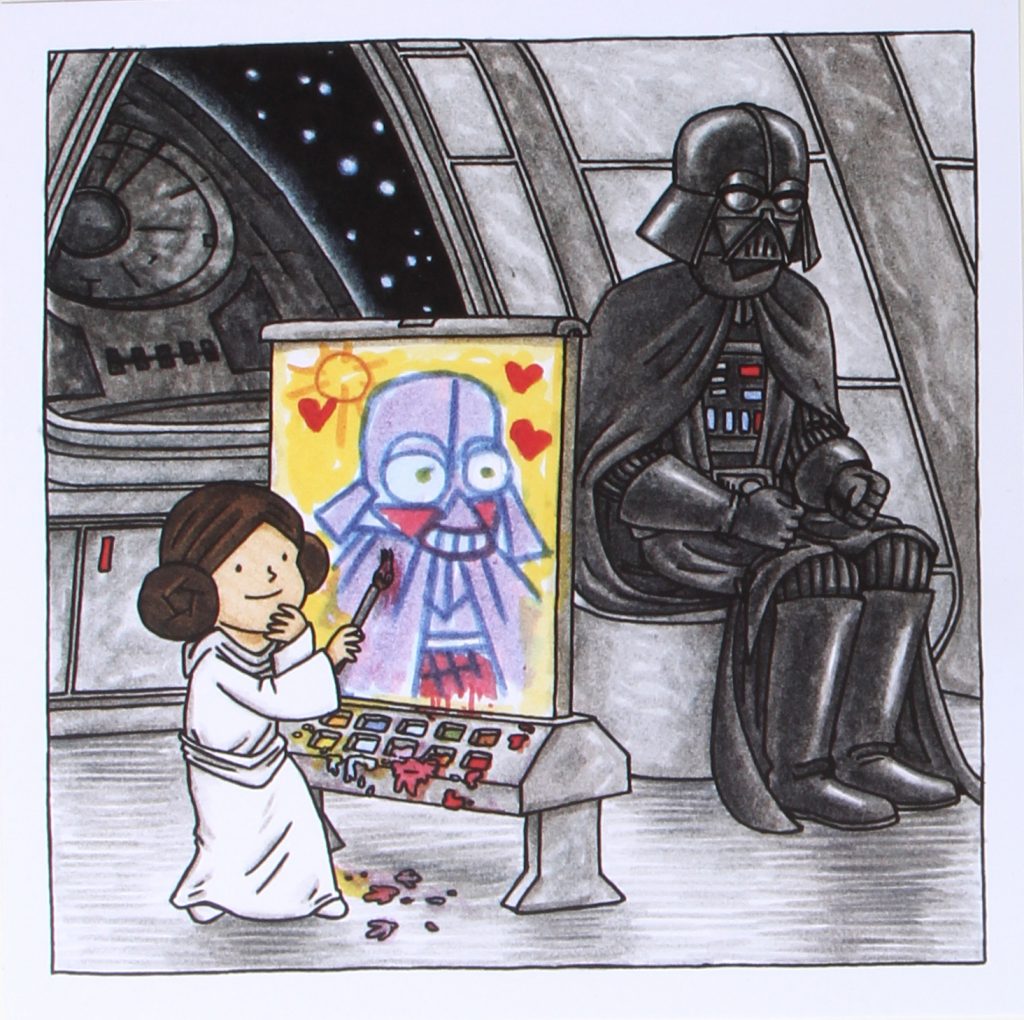 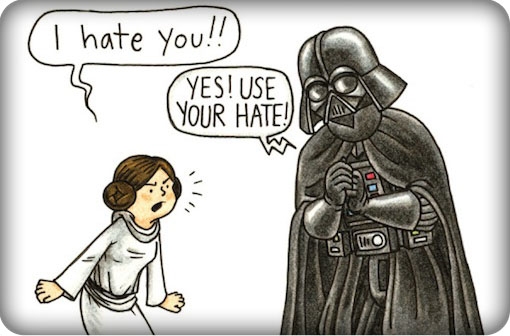 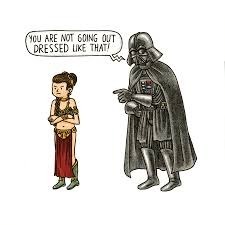 In this irresistibly funny follow-up to the breakout bestseller Darth Vader and Son, Vader–Sith Lord and leader of the Galactic Empire–now faces the trials, joys, and mood swings of raising his daughter Leia as she grows from a sweet little girl into a rebellious teenager.

Smart and funny illustrations by artist Jeffrey Brown give classic Star Wars moments a twist by bringing these iconic family relations together under one roof. From tea parties to teaching Leia how to fly a TIE fighter, regulating the time she spends talking with friends via R2-D2’s hologram, and making sure Leia doesn’t leave the house wearing only a skirted metal bikini, Vader’s parenting skills are put hilariously to the test.

This is so much fun. Jeffrey Brown is a fantastic illustrator who has took on the monolith that is Star Wars. Spoiler alert Vader is Luke and Leia’s Dad. What would that relationship look like? Hilarious! These are special little books that deserve to be on your shelves just so you can flip through them every couple weeks and laugh. “Use your pain! Dad!” Seriously check these out. They are so much fun. 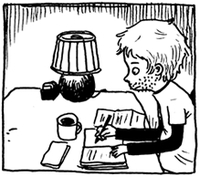 Jeffrey Brown was born in 1975 in Grand Rapids, Michigan and grew up reading comic books with dreams of someday drawing them, only to abandon them and focus on becoming a ‘fine artist.’ While earning his MFA from the School of the Art Institute of Chicago, Brown abandoned painting and began drawing comics with his first autobiographical book ‘Clumsy’ in 2001. Since then he’s drawn a dozen books for publishers including TopShelf, Fantagraphics, Drawn & Quarterly, McSweeney’s and Chronicle Books. Simon & Schuster published his latest graphic memoir ‘Funny Misshapen Body.’ In addition to directing an animated video for the band Death Cab For Cutie, Brown has had his work featured on NPR’s ‘This American Life’ His art has been shown at galleries in New York, San Francisco, San Diego, Los Angeles and Paris. Jeffrey’s work has also appeared in the Best American Comics series and received the Ignatz Award in 2003 for ‘Outstanding Minicomic.’
He currently lives in Chicago with his wife Jennifer and their son Oscar.