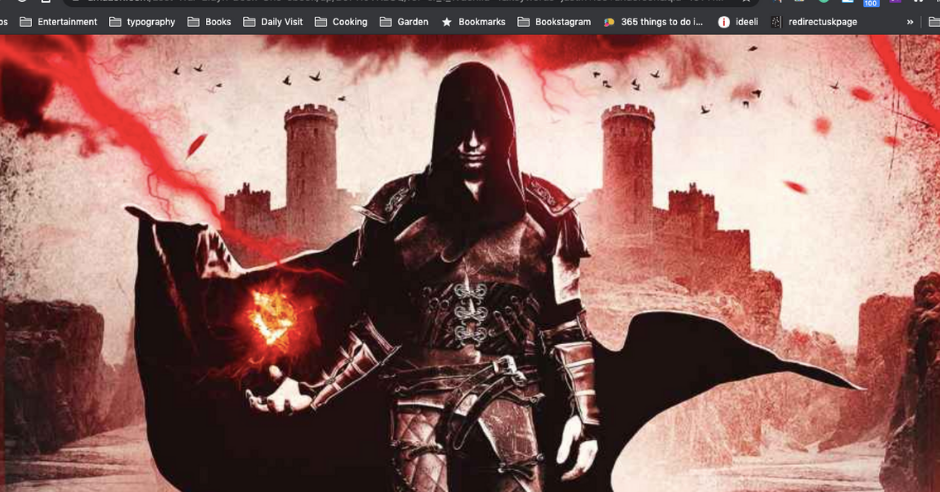 Thrilling mysteries, powerful magic, tangible tension, and great characters to root for; The Lost War has it all.

The war is over, but something is rotten in the state of Eidyn.

With a ragged peace in place, demons burn farmlands, violent Reivers roam the wilds and plague has spread beyond the Black Meadows. The country is on its knees.

In a society that fears and shuns him, Aranok is the first magically-skilled draoidh to be named King’s Envoy.

Now, charged with restoring an exiled foreign queen to her throne, he leads a group of strangers across the ravaged country. But at every step, a new mystery complicates their mission.

As bodies drop around them, new threats emerge and lies are revealed, can Aranok bring his companions together and uncover the conspiracy that threatens the kingdom?

Thrilling mysteries, powerful magic, tangible tension, and great characters to root for; The Lost War has it all.

I honestly had no idea what the book was about when I started it. I’ve never even heard of the author before, not until a few weeks ago where I stumbled upon Anna Stephens’, the author of Godblind trilogy, review of this novel on the Fantasy-Faction Facebook group. Stephens recommended it highly, and after I took a look at the cover art and synopsis, somehow everything about it just clicked with me. I decided to give it a shot based on instinct. This isn’t an easy thing for me to do because I’m more of a plan-oriented reader when it comes to reading through my ARC/review requests. However, giving this a go as soon as possible has paid off satisfyingly for me.

The Lost War is the first book in the Eidyn series by Justin Lee Anderson. The last war has ended, but in exchange, many forms of horrors such as demons and plagues started appearing more frequently throughout the land of Eidyn. Aranok, the first draoidh (magician in this series) to become the king’s envoy, receives a task from his king to restore an exiled foreign queen to her throne; to do this, Aranok leads a group of strangers across the country to try their best to complete the mission. At first glance, The Lost War sounds like your typical classic or quest-based fantasy, as it centers around a group of different personalities and vocations gathering to complete one important mission. However, it’s an injustice to immediately categorize The Lost War as a cliché because there’s so much more to unmask beneath the surface of this premise. Frankly, I wasn’t sure about this book at first, as the first quarter was all about familiarizing readers with the characters, names, and settings, but there were quite a lot of names being conveyed at once to the reader during this section; it took a bit of time for me to really warm up to the story. Everything that came after the first quarter, however, was a gradually escalating engrossment. The story was superbly paced; the perpetual threats and mysteries that the characters encountered grabbed my attention and they left me guessing constantly. The mysteries and plot-line of this book became more interesting because of the ominous atmosphere that’s so thick and palpable in the narrative. I, as a reader, knew that there was something off within their world, but it was super difficult to guess what that something was without knowing the crucial pieces of the puzzles, which get revealed progressively throughout the story. I found this to be such a delightful reading experience.

“Sometimes people come back from war incomplete. Every time a broken thing is put back together, pieces are lost.”

All of the above doesn’t mean that mysteries were the only driving strength of the narrative; there were still many wonderful things that the book have to offer alongside them. Anderson utilized the common third-person multi perspectives narrative to give the characters within Aranok’s group each a highly distinctive voice. What made these diverse characters with various backgrounds, abilities, and roles so easy to empathize with were how each one of them had depths and complexities that made them flawed and well-realized. The characters felt genuine, and none of them ever came across as too powerful or too weak; each character has their own strengths and weaknesses. Aranok’s group consists of Aranok (Magician), Allandria (Archer), Samily (Knight/Paladin), Nirea (Pirate), Meristan (Priest), Vostin (Blacksmith) and Glorbad (Soldier). In a way, they felt like characters born out of a role-playing game or D&D. This group formation isn’t something that’s rare in fantasy, but I found myself compelled to read their story due to the way they interacted with each other; seeing their decisions to prioritize cooperation despite their huge differences in beliefs and backgrounds felt rewarding.

“Aranok had never understood how the faithful maintained their unshakable belief in a benevolent god in the face of such misery.”

One out of many examples of this is Aranok and Samily’s contradicting beliefs; Aranok has no sense of faith towards religion, and Samily has an immeasurable sense of faith in God and her religion. The two of them have several thought-provoking discussions that contradict each other’s beliefs but they always ended up setting aside their differences to choose cooperation; achieving their common goal for the greater good remains their utmost priority. The dialogues and relationship development between these characters were well-written, poignant, believable, and heartwarming. Anderson did a great job in fleshing out all of his characters.

The Lost War also doesn’t lack intrigue in its world-building and engaging action. Seriously, I don’t think the action scenes within this book ever bored me and Anderson’s way of writing his elemental magic was incredibly entertaining to read. Faith and prejudice are commonly occurring themes often used in fantasy and stories to become a guiding compass for the plot-line, which is highly evident within this book. There’s a constant sense of fear and disgust towards draoidh that made Aranok and the other draoidhs within the world—despite the kind things they did—hated. Anderson’s writing style has all the quality to conjure vivid imagery from the scenes he wrote; the powerful elemental magic, the demons, and the deadly plagues became dreadful things of terror that were easy to visualize in my head. The people of this world often find themselves stuck in their homes at night because traveling in the darkness is an incredibly dangerous action due to the existence of demons and a terrifying plague that ravaged the world. I also felt that the world of Eidyn reminded me a lot of the world in Peter V. Brett’s Demon Cycle series, just without all the unnecessary sex and rapes. And that, ladies and gentleman, is a good thing in my opinion.

“I’ll tell you something about men,” he said. “They all have demons in them. They all think things they’d rather not. They all want things they wish they didn’t. All men wrestle with a dark heart. Some win. Some lose. Some embrace it. And some…” he held up the flask, “…drown it.”’

Plus, after all the awesome things I’ve said about this book, The Lost War showcases one of the most smartly crafted ending sequences I’ve read in years. I mean it, the last two or three chapters of this book immersed me and had my jaw dropping. Anderson has created something outstanding here. The Lost War is easily one of the biggest surprises of the year for me, something that I picked up based on instinct alone and it astounded me by achieving all the necessary criteria of a great fantasy book with evident skill. Give this hidden gem a try. I, for one, highly recommend this book and I will be eagerly waiting for the next installment. I might even reread it first just for fun because I believe that there’s a lot of rereading potential here.