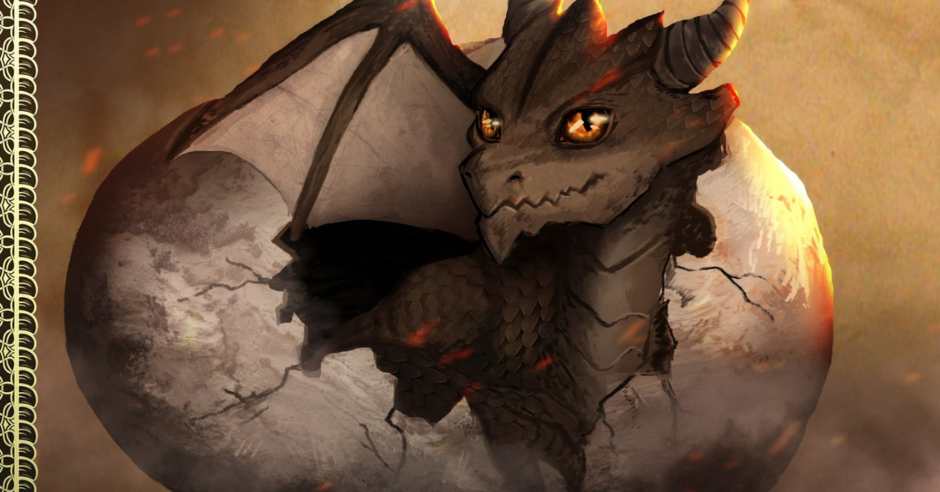 Quenby Olson is the author of universally acclaimed and beloved humorous fantasy Miss Percy’s Pocket Guide (to the Care and Feeding of British Dragons). This March, the follow-up to Miss Percy was published – The Scandal of the Vicar’s Wife. (Note I did not say “the sequel.”) Miss Percy is a dragon-owning spinster, who sometimes finds herself in the proximity of a humble vicar. So… I guess the vicar married Mildred Percy… and then… and then I decided to ask.

Miss Percy conquered the world, and now The Vicar’s Wife is following in her footsteps. As a fan of Ms Mildred Percy, how will I feel about Mrs Julia Benton? Or Dorothea from The Half Killed?

This is honestly the most difficult thing about the way I write (and why I suspect traditional publishing would never work for me). Oh, boy. Um, Miss Percy is a book someone could read to their children, I think, without there being any issues. The Vicar’s Wife has so much more… mature content. Not just with the sex scenes, but dealing with infertility and miscarriage and adultery. I would say if you’re a fan of historical romances that can become steamy and tackle serious topics, then you can leap right over. But definitely check the blurb and the reviews first, and don’t auto-buy thinking it’s going to be another fluffy romp. That’s what I would have to say.

I flip back and forth so much, from genre to genre to subgenre, writing according to my moods. And it does make it difficult when someone loves a book I wrote, and then I might not have another book like that on the shelf to offer. I wish I had a better plan or some kind of Venn diagram I could use to market all of the various styles I’ve tackled, but so far it’s just me throwing out my creative brain vomit at random and seeing what sticks.

My visual imagination would like to thank you for that last sentence. Have you ever considered pen names? If yes (or if no) how many do you think you would need?

I did consider pen names at one point, like an Iain Banks/Iain M. Banks situation. I’ve seen other authors do it, with separate social media accounts and everything, but I feel like I can barely manage one author name, and juggling more would be impossible. But if I HAD to separate them, I would have the fantasy name, the historical romance name, and… possibly contemporary? That is if I had continued in the style of my first book.

Have you ever had readers complaining in the reviews “I wanted more of X and got Y instead”?

Strangely, not between the fantasy and the romance. And I anticipated that. I have had some between the historical romance novels, where some didn’t like the stories I wrote that had sex scenes in them and wanted them to stay more mild (like The Firstborn, etc.) and complained about that. So even within a subgenre, there are still dividing lines. Which is another reason why I just didn’t bother with taking on multiple pen names.

What was your initial vision of yourself as an author?

I didn’t start seriously writing until my 20s, and more towards my mid-to-later 20s. I thought I’d be more of a slice-of-life contemporary author at first. Then I started drifting toward romance. Then fantasy came in and it just became a lot of trying to figure out which direction to go in. It took a while to realize I could mix them up and go in any direction I wanted. Now I write about dragons and cake.

It’s hard to believe that Miss Percy and Julia Benton are related, but they both have you as a mother. Who came first?

It is odd because I wrote them both in the same year. Miss Percy was born from pure anxiety at the beginning of the pandemic. I was at home with my kids, we had no idea what was happening, really, or how things would go (like now!) and so I started writing this light little book that calmed me down. And that was added onto having always wanted to write a fantasy story about someone who was middle-aged going off on their first adventure, rather than it being about a young kid, destiny, etc. and so forth.

Julia then was another side of that coin. Also middle-aged, also someone who until that point had never really lived. She married because it was expected of her, she tried to have children because it was expected of her, and she always felt utterly invisible. And me, being in my 40s and with chronic health issues completely understood that feeling, of not being seen by doctors and society. I wasn’t young anymore, couldn’t have kids anymore, so what worth was I? And that story became more of a lancing the wound kind of thing, venting onto the page.

Definitely at least two genres, for now. I’m in the middle of writing Miss Percy 3, am also working on another historical romance (but this one much lighter and… jauntier in tone?) and then the next fantasy is going to be another historical but with best friends who become amateur vampire hunters and also lovers and it’s a kind of a cozy black comedy mystery?

Quenby Olson lives in Central Pennsylvania where she writes, homeschools, and glares at baskets of unfolded laundry. After training to be a ballet dancer, she turned towards her love of fiction, penning everything from romance to fantasy, historical to mystery. She spends her days with her husband and five children, who do nothing to dampen her love of the outdoors, immersing herself in historical minutiae, and staying up late to watch old episodes of Doctor Who.