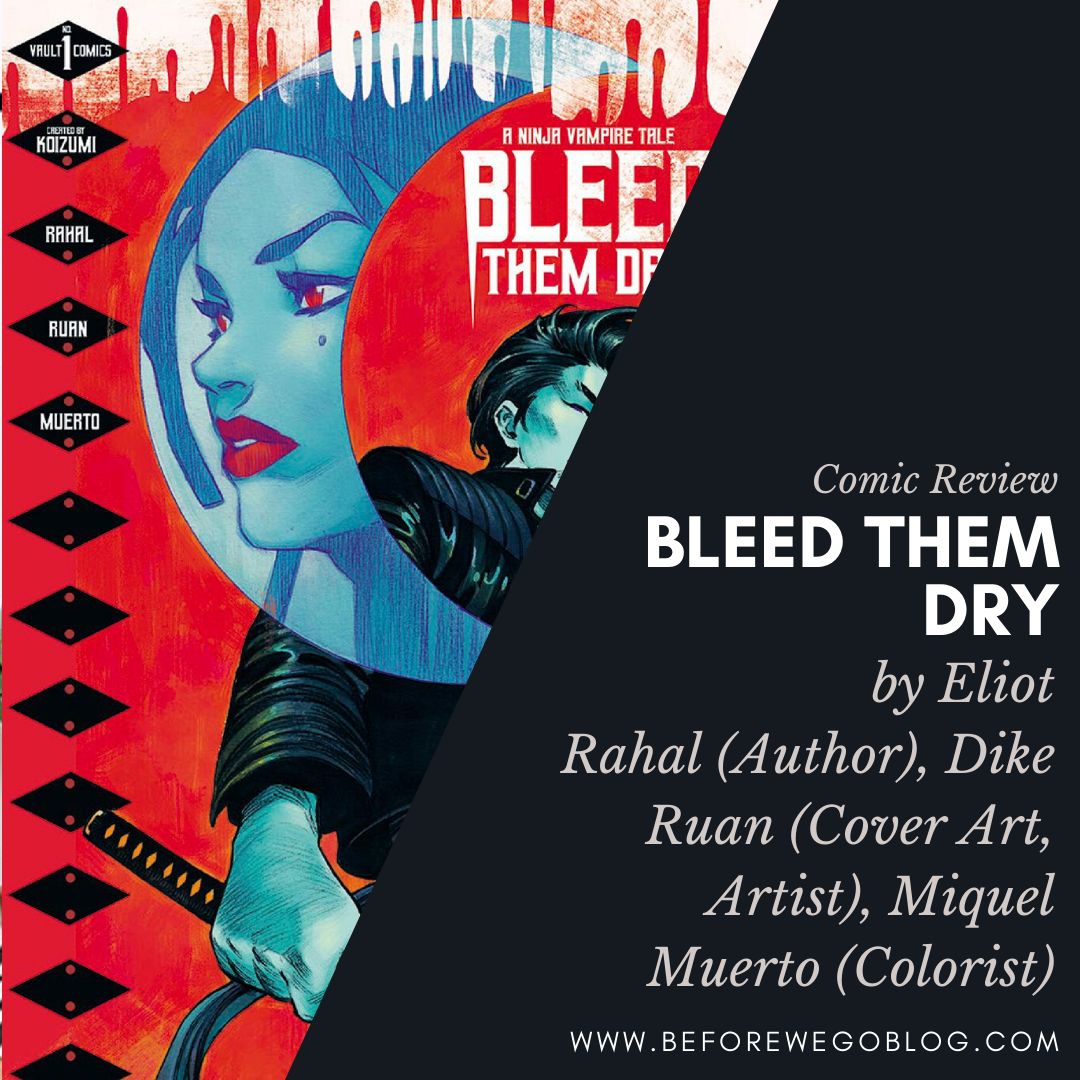 You Had Me At Cyberpunk Vampire Ninjas… I Mean, C’mon.

“Do they bleed like us?” And… the answer is Yeah. Of course they do. ―

Not sure I am with you on that. Take our drinks, Right? If mine came with a little shit in it…well then, if you ask me, I just have a cup of hot shit. ―

Images From the Comic

The year is 3333. Earth is in a state of recovery. Vampires are real, and though far less populous, they thrive alongside humans in the Japanese-engineered mega-city known as Asylum. People have come to understand that some Immortals are good, some are bad, and most navigate the world without incident. There is peace. That is…until now. Someone is brutally murdering vampires. And Detective Harper Halloway has been assigned to the case. To solve it, she’ll have to unearth a much deeper truth: The future of humanity has been edited.

You had me at cyberpunk vampire ninjas… I mean, c’mon.

If you could have picked three things to slam together for an awesome sandwich, then it would be those. Bleed Them Dry, the newest book out of the Vault Comics publishing house takes those three ideas and creates what seems to me, is the start of an exciting new series. Bleed Them Dry was created by famed Japanese actor Hiroshi Koizumi, and written by Eliot Rahal, drawn by Dike Ruan, colored by Miquel Muerto, and lettered by Andworld. The series is set in 3333 in the Japanese megacity Asylum. The world has had a great calamity, and the inhabitants of Asylum are refugees. How that connects to Vampires is not yet seen. But this is the first book in what I hope to be a long series so that the connection will become apparent. Vampires and humans co-exist semi-independently. Vampires will vampire after all. But Vampires can order a cup of warm blood at a coffee shop, so their existence is in no way a secret. The story starts with the introduction of the main protagonist, Detective Halloway. She is working on a case where an immortal had been killed. It looks like we have a serial killer of immortals, and she needs to figure out the “who done it.”

I liked this story from the start. Firstly the graphics are engaging. It has a colorful noir feeling to it. It feels both vibrant and dark and foreboding at the same time. We come in on a scene at a grizzly murder, where Detective Halloway’s partner saves the day. Without explaining much, Rahal can connect the two of them, Detective Halloway and her partner, in a close and familiar way. There is affection there and the comfortable relationship one has with someone they have worked with for a long time. Rahal does a great job keeping the pacing and story interesting; We move from one scene to the next without much effort. He had a lot of backstories to cover to familiarize the reader with the world, and he does it well. It isn’t so much info that it feels like a dump. Then this issue ends on a major cliffhanger, that I got to say, I didn’t see coming.

There isn’t much selling to do here. It is an exciting, well-drawn cyberpunk vampire ninja comic. Plus, Bleed Them Dry has a strong female protagonist solving grisly murders. I am excited as hell to read the next one, and I hope you do too.

I received an eARC of this in exchange for my open and honest review.

About the Author – Eliot Rahal

My name is Eliot Rahal. I am a comic book writer and creator from Minnesota by way of Illinois.

I’m best known for my work on Hot Lunch Special, Midnight Vista (Aftershock Comics), Quantum + Woody (Valiant Entertainment), and Cult Classic: Return to Whisper & Creature Feature (Vault Comics). I love humor, horror, and heart. My ultimate goal as a creator is to make stories that are anchored with emotional depth and don’t feel like work to read.

I consider myself the luckiest man on the planet. I’m married. I have two cats. And I have recently been fortunate enough to take the plunge as a full-time writer.