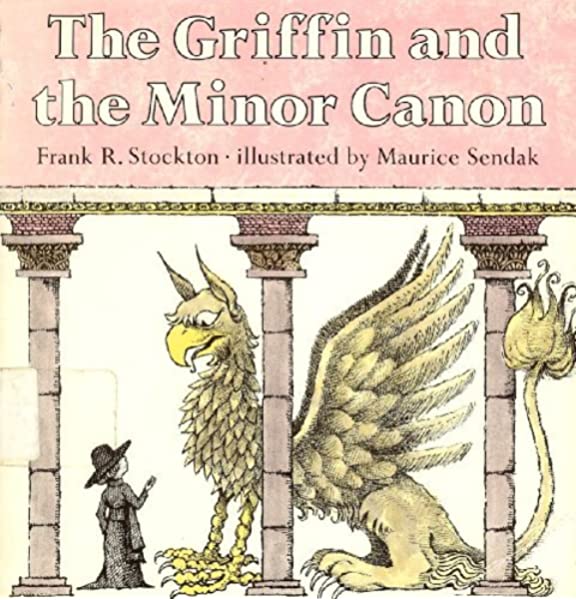 Short Story – The Griffin and the Minor Canon by Frank Stockton jr.

By Beth TablerNovember 21, 2021No Comments

A Griffin Who Is Not Taking Any Lip

The Griffin and the Minor Canon

What could I do?” cried the young man. “If I should not bring him he would come himself and, perhaps, end by setting fire to the town with his red-hot tail.―

Frank R. Stockton, The Griffin and the Minor Canon

The Griffin and the Minor Canon is one of the older short stories from Unnatural creatures, but it has stood the test of time.

Stockton was a popular humorist from the late 19th and early 20th century. The Griffin and the Minor Canon has a current of humor flowing through it that has an ageless quality to it. Especially on the part of the griffin, who although is not the protagonist, steals the story from the get go. He reminds me much of an old blustery English gentlemen crossed with Scrooge McDuck. He absolutely can not understand what all the fuss is about, but if you people don’t mind your P’s and Q’s he will remind you what true manners are.

“OVER THE GREAT DOOR OF AN OLD, old church which stood in a quiet town of a far-away land there was carved in stone the figure of a large griffin. The old-time sculptor had done his work with great care, but the image he had made was not a pleasant one to look at. It had a large head, with an enormous open mouth and savage teeth; from its back arose great wings, armed with sharp hooks and prongs; it had stout legs in front, with projecting claws, but there were no legs behind, the body running out into a long and powerful tail, finished off at the end with a barbed point. This tail was coiled up under him, the end sticking up just back of his wings. ”

Even after all this time, The Griffin and the Minor Canon holds up as a timeless story that you can enjoy repeatedly.

It is all highly entertaining, and a very fun read.

Check Out These Other Stories

Hansel and Gretel by Neil Gaiman

This is part of the Unnatural Creatures story collection.

Frank Richard Stockton (April 5, 1834 – April 20, 1902) was an American writer and humorist, best known today for a series of innovative children’s fairy tales that were widely popular during the last decades of the 19th century.

Those Are The Last Days by Bjørn Larssen