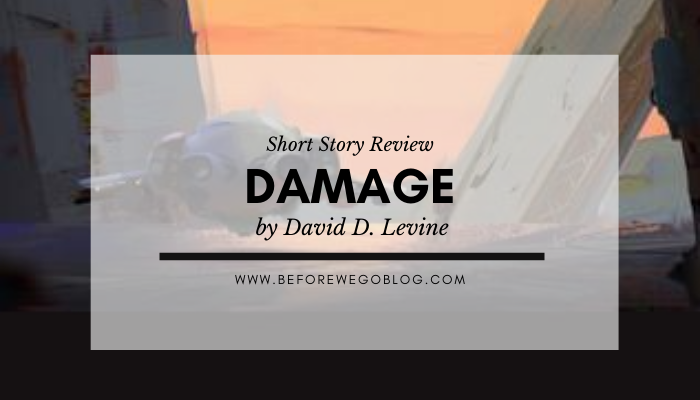 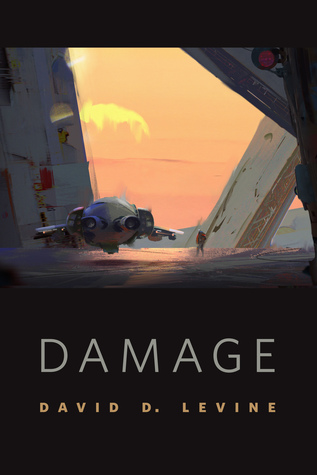 “I know. And I’m sorry.” She paused, and I listened to the breath in her headset mic. From what I could hear, she was alone in the ops center, but I had no access to her biologicals—I could only guess what she was feeling. Whereas my own state of mind was laid out on her control panel like a disassembled engine. “I’ve done what I can, but . . .”―

In the extremities of war, we may know what we’ve been, but not what we will become. “Damage” is a tale of desperate times, desperate measures, and the inner life of a fighter spacecraft.

Whether for good, like in this story or evil like HAL 9000 from 2001 Space Odyssey, emotional artificial intelligence is a well-used trope in science fiction. It hits on all the essential aspects that make readers empathize with the characters. Computers are objects that humans know intimately. Yet, they are “other.” Not human and never will be until becoming sentient. Then all bets are off, and we get an engaging and thoughtful story like in Damage by David D. Levine.

Damage involves a sensitive AI protagonist, JB6847, but affectionally nicknamed Scraps. Scraps is the combination of parts from two space crafts joined anew like Frankenstein’s monster. She refers to herself as a Frankenship. Scraps is made up of not only the parts of the two broken ships, but also the memories of those ships—even the moments before death and the death of the ship’s crew. Ships can have conscious thought within parameters and with that a sense of right and wrong. The reason why the ship is sentient never came through quite clearly, but sentient ships are also a well-loved trope in science fiction.

“Whereas I—I was a frankenship, a stitched-together flying wreck, a compendium of agony and defeat and death unworthy of so fine a pilot.”

The one consistency in the coding of the scraps consciousness is the love and adoration of her commander. In this case, Commander Ziegler. But he sees her as nothing more than a means to end. It is a troubled relationship, as we see and hear Scrap’s pain and obeying while the commander is unaware or does not care. At the same time, Scraps fights off PTSD from her memories from the other two ships and how they met fiery ends. She is terrified of dying, but soldiers on because the commander wills it so.

All of this leads up to the terrifying choice that Scraps will have to make. Will her own experience and ethics prevail over the commander’s decisions and her love for him.

Damage touches on a lot of familiar ground, but I found the story engaging and moving. I empathized with this AI and the emotional drain of having to please two masters, herself and the captain. As a reader with an outside of the story, I had a different view of the situations she faces. And could see and understand her moral quandary and commander’s personality when not blinded by love. But Levine writes this well by adding a bit of ambiguity to some of the choices Scraps makes. Life is rarely about black and white choices, but the shades of gray. No bad guy truly believes they are the villain. Scrap’s choices added more humanity to Scrap’s character because if a computer starts to understand nuance, pain, and fear, the line that divides what is human and what is not blurs.

“Yes, sir.” Valkyrie had used chaff, of course. Memories of fear and pain and tearing metal filled my mind; I pushed them away. My pilot’s talents, my speed and skill, and my enduring love for him would keep us safe. They would have to, or the Free Belt would fall.”

“That was brilliant flying, sir,” I said to Commander Ziegler as we returned to Vanguard Station.―

The commander’s character is one dimensional; he is a figurehead, an idol in Scraps world. However, the tech’s role that patched up Scraps and had initially named her has a much larger and more critical role in Scrap’s life. Tech shows Scraps kindness. It is in stark contrast to the commander’s ambivalence. I viewed The Tech as Scraps’s mother, while the commander is the father whom Scraps always wants to please. Scraps had to make her own choices, outside of the influence of her father to grow up.

I enjoyed this story, and I found it deserving of it’s Hugo nomination. Scraps is a lovable character. The plotting was well done, and the moral quandary that Scraps faces, although I wasn’t surprised by, I still enjoyed reading. Damage is an excellent story to read, and at 7k words is a nice bite-sized piece of science fiction. 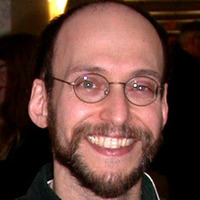 David D. Levine is the author of novel Arabella of Mars (Tor 2016) and over fifty SF and fantasy stories. His story “Tk’Tk’Tk” won the Hugo Award, and he has been shortlisted for awards including the Hugo, Nebula, Campbell, and Sturgeon. Stories have appeared in Asimov’s, Analog, F&SF, and five Year’s Best anthologies as well as award-winning collection Space Magic from Wheatland Press.

David is a contributor to George R. R. Martin’s bestselling shared-world series Wild Cards. He is also a member of publishing cooperative Book View Cafe and of nonprofit organization Oregon Science Fiction Conventions Inc. He has narrated podcasts for Escape Pod, PodCastle, and StarShipSofa, and his video “Dr. Talon’s Letter to the Editor” was a finalist for the Parsec Award. In 2010 he spent two weeks at a simulated Mars base in the Utah desert.

David lives in Portland, Oregon with his wife Kate Yule. His web site is www.daviddlevine.com.