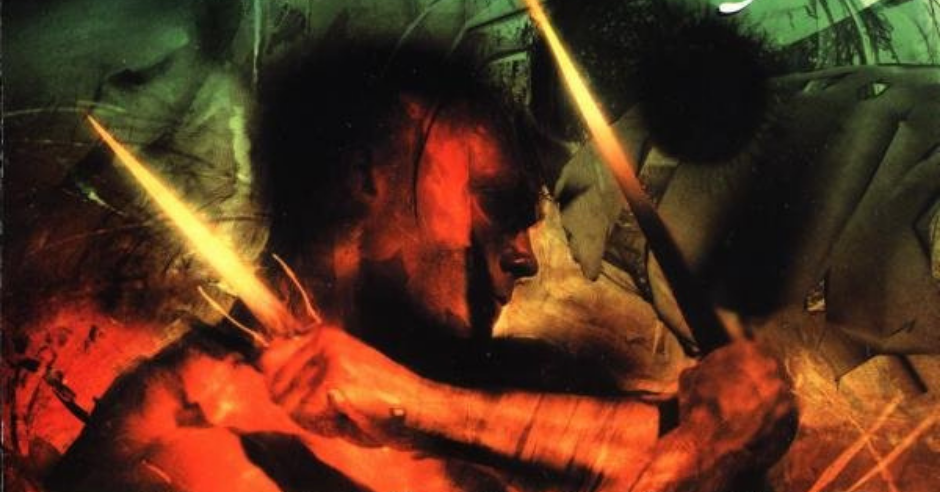 Home » All Reviews » The Books that Made Me: Blade of Tyshalle by Matthew Woodring Stover

Re-ignited my love of the genre

It was 2001, and I could not find books I loved the way I’d loved them just a couple years prior. 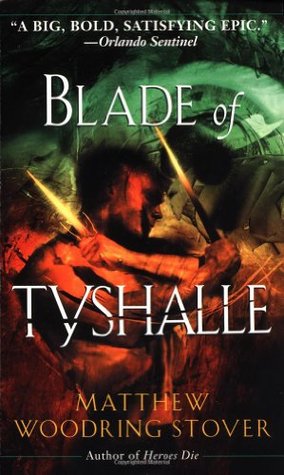 I had no internet. I had friends who liked fantasy books, but the ones they recommended, I’d already read. When I did try out a new book, I’d finish it out of obligation and a desperate hope that it would get better.

So many of the books built around the same conflicts—the indomitable dark lord, raging barbarians, getting that really nice monarch back on the throne instead of their jerk brother. I lucked out occasionally—(Robin Hobb!)—but I, who had written eight fantasy novels while in high school, was becoming disillusioned with fantasy.

But, drifting through the bookstore one day in 2001, my eye was drawn to a cover. Bless whoever picked Dave McKean of Sandman fame to do the cover of Blade of Tyshalle. The title made me think it was going to be another Magical Sword Adventure, and had that cover not been as incredible as it was, I may have kept drifting. But I read the back cover. And then the prologue and the chapter zero.

Now, it should be noted that Blade of Tyshalle is in fact book two in a four-book series, but I had no idea at the time I picked it up. I thought it was a really fascinating choice to read about the hero after he’d saved the day, and how even in saving it, in getting the girl and having the happy ending, he’d lost an essential part of himself. While Heroes Die, the first book, is an extremely well-done action-adventure, I am extremely grateful I started with Blade of Tyshalle instead.

Again: this book came out in 2001, which means that I was extremely used to heroes being coming of age naifs with snarky sidekicks and wise mentors. Grimdark was not yet on the horizon. But not only was the hero, Hari Michaelson (also known as Caine) significantly darker than I was used to then, a re-read last year reminded me just how much more compelling he was than most of the other grimdark protagonists.

The most obvious, of course, was the duality of Hari Michaelson and Caine. The setting of Blade of Tyshalle is a near-future dystopian Earth in which corporations control everything, and they’ve invented a way to send people to another reality, one filled with all the traditional tropes of fantasy, called Overworld. They send people there with science fictional gizmos that let people watch whatever the Actor’s doing, and part of the fun is that these aren’t movies; the Actors might well get themselves killed on whatever adventure they’re on. Hari Michaelson, at the start of Blade of Tyshalle, is an administrator, doing a ton of bureaucratic work, while Caine had been a celebrity assassin. But Hari can never be Caine again; after all, he’s been paralyzed by the climactic events of the first novel, Heroes Die.

Hari believes he’s Hari forever. His wife believes it. His bosses believe it. The only people who don’t are his mentally ill father, and his nemesis who has become his friend. That nemesis is largely his friend because he’s one of the few people who still treat Hari like a threat, something that part of him needs.

Caine is the threat. He’s direct, he’s cunning, and he will not stop. If you give him a target, he will find it and destroy it. And much of the opening is him unable to do much because he’s still trying to be Hari, and because the villains are hitting him from all sides without showing their hand.

The characters were all compelling and the story ricocheted in wild directions, all due to the characters—not just Caine, and not just the villains, but all the side characters—having agency and competency. Stover writes a better story than most, and a lot of that is because it’s constantly shifting as they act and react.

He also filled the book with discussions on philosophy and ethics and morality, yet did it in a way that it never stuck out. They were simply smart characters trying to persuade each other. Caine stands out from a lot of grimdark heroes because while he is fundamentally violent, he’s also protective of anyone he counts as his family.

The other thing that makes this book important, the reason it’s my inaugural pick in the Books That Made Me, is that it directly led me to other books. As I said at the beginning, I had no one to recommend books to me, but I read interviews with him and picked up some of the authors recommended—from classic authors like Leiber and Zelazny to (at the time) newcomers like China Mieville.

So. Thanks to that book, one that came along at the exact right time to re-ignite my love of the genre.

Check Out Blade of Tyshelle