Review – The Six Deaths of the Saint by Alix E. Harrow

Home » All Reviews » Review – The Six Deaths of the Saint by Alix E. Harrow

“I could have killed you,” you said, and he had answered obscurely, “You never do.” 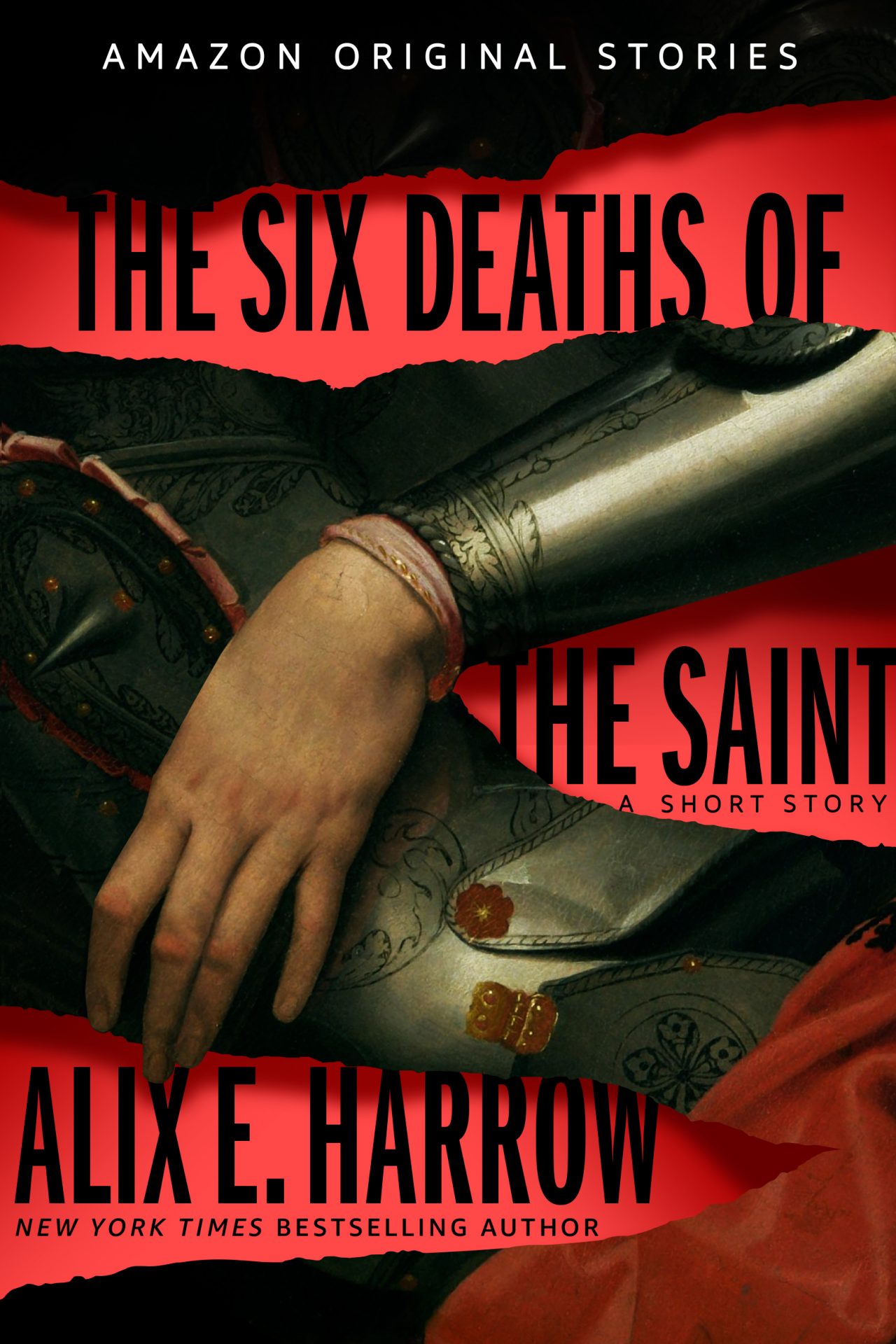 They sing of a red-headed devil, one who fights with strength that borders on supernatural and agility as if a sword were born in her hand. But isn’t this devil, this dervish, just a serving girl? So goes the tale of The Six Deaths of the Saint by Alix Harrow. This brilliant short story is part of a continuing series of bite-sized fantasy offerings from acclaimed authors Lev Grossman, Nghi vo, Tomi Champion-Adeyemi, and more. They are described thus, “Some truths are carefully concealed; others merely forgotten. In this spellbinding collection, seven acclaimed fantasy authors create characters who venture into the depths where others fear to tread. But when forbidden knowledge is the ultimate power, how far can they go before the darkness consumes them?”

Alix E. Harrow is easily one of the best short story fantasy authors writing today. If you are someone who looks at CVs, you would see Hugo, Nebula, and World Fantasy Award nominations and wins. As this young girl in Six Deaths of the Saint battles as if a sword had always been in her hand, Harrow writes as if she was born with pen and paper. That is why this series of stories, and by extension Harrows is such a decadent treat to read. She had me at The Saint of War, be still my shriveled dark fantasy-loving heart.

“I would rather love a coward than mourn a legend.”

The story’s protagonist is a servant girl on the verge of death, spared by The Saint of War. “Always mindful of the debt she owes, the girl finds her worth as a weapon in the hand of the Prince. Her victories make him a king, then an emperor. The bards sing her name, and her enemies fear it. But the war never ends and the cost keeps rising—how many times will she repeat her own story?”

There is a unique difficulty in writing a short story; the author must get to things quickly and concisely. The characters must have agency, and be well-rounded in, usually, less than 30 pages. It is a tall order.

However, instead of world-building, The Six Deaths of the Saint is a deep character story. Yes, there is gore and battle. Ones that are so vivid that you swear you can smell the copper penny stink of blood and iron, but all of the fighting and descriptions of gore support the characters in their struggles. What struggles, you ask?

I can’t give that away. It would ruin the fun.

However, I commend Harrow on creating characters that are now on my favorite ride-or-die list in 30 pages. When you read this, you will know exactly what I am talking about. You should give this story a go, especially if you are a fan of Harrow’s other work.