An Interview with Matt Davenport

Home » All Reviews » An Interview with Matt Davenport 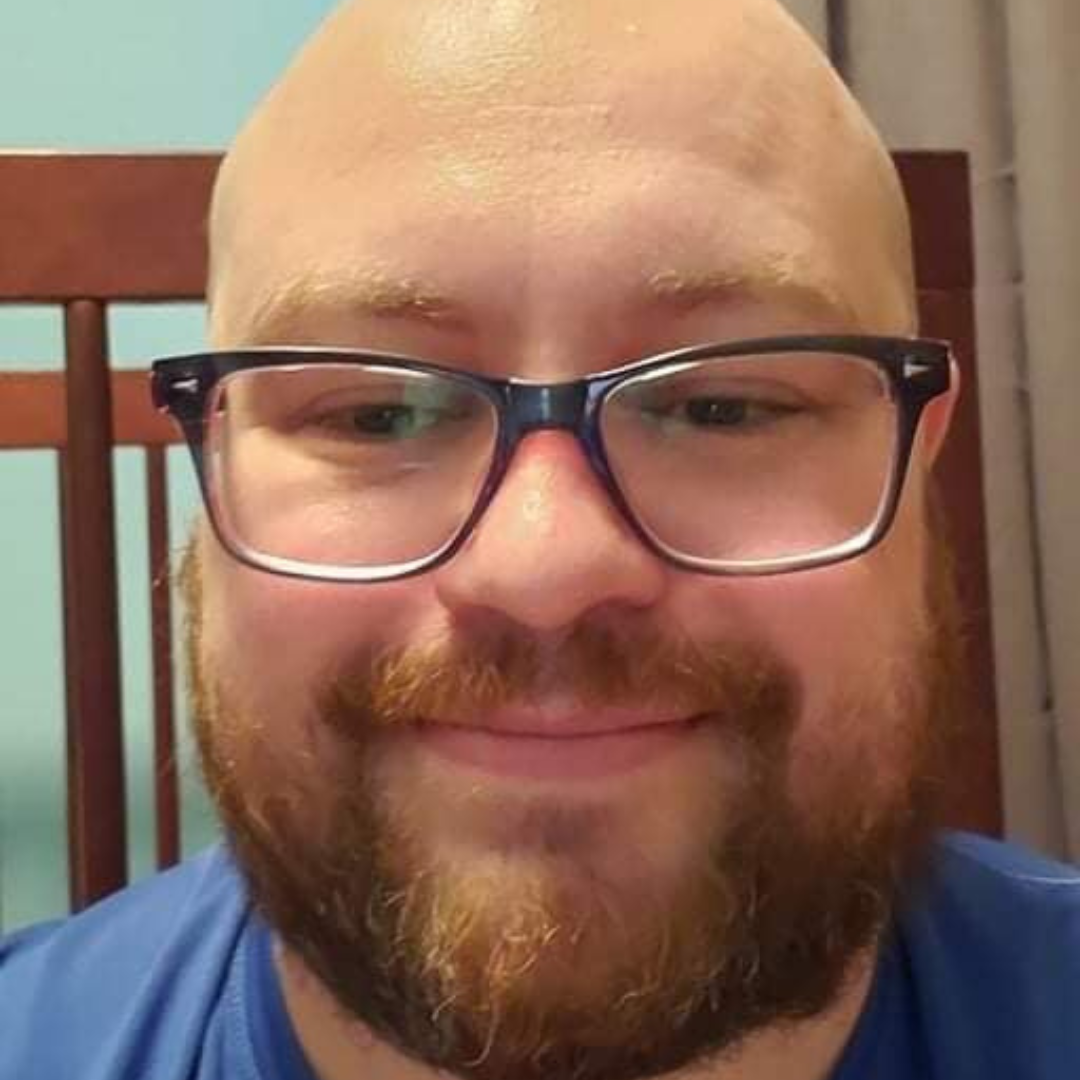 “The general tone is more of an urban fantasy meets coming of age. We’re intending this to be a series where we’ll see growth of the students into who they will become.”

1. Can you describe Miskatonic University: Elder Gods 101 to readers?

Miskatonic University: Elder Gods 101 is about 5 lost kids entering into adulthood with less answers than questions, as everyone at that age is. Unlike most, they only start to discover more and more questions as they find their lives entwined with Lovecraft’s horrors and the disturbing past of the school. It was very much inspired by stories like Harry Potter, Super-Powereds, and Divergent.

2. What separates it from other Lovecraft fiction out there?

It takes itself slightly less seriously on the horror side of things. We could have gone full horror and existential dread, but Mike and felt like that would take away from the real horrors that some of these kids (and readers) would have been able to empathize with. There’s plenty of monsters and such, but the real horror in this story is teenagers learning that they don’t have all the answers. Every kid at that age is trying to find themselves, distance themselves from what they came from, or create something new entirely their own. These kids just have a lot farther to go than most. 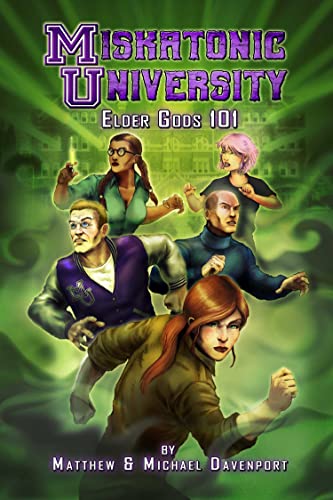 3. Is it more horror, sci-fi, or urban fantasy? What’s the general tone?

The general tone is more of an urban fantasy meets coming of age. We’re intending this to be a series where we’ll see growth of the students into who they will become. Will they turn into fully developed horrors akin to the mythos that these ideas came from, or will they become fully functioning adults in a world that has mostly rejected them?

The real answer will be much messier than either of those answers, but it’ll be fun getting there and addressing their lives. We see a lot of that in Ralph in this first book. He not only struggles with where he comes from but he knows that the clock is ticking and he won’t be able to blend in for much longer. At what point does he make a choice on how to live his life, and does he even have a choice?

4. Why did you choose to write it this way?

Most of the development of this book, prior to fingers on keyboard, was from my brother, Mike. He normally works with me on superhero novels, but he loved reading my Andrew Doran books and wanted to understand them better. In that, he decided to binge EVERYTHING Lovecraft. When he was done, he came to me with this idea.

As for the style, I normally write everything in first person, but we didn’t want to do that with this book. We wanted each of the students of the Scion Cycle to feel like the main protagonist.

5. Who are the protagonists of the book?

Ralph, Carlos, Sheryl, and Meredith. Complete strangers at the beginning of the book, the injustices they deal with by just being themselves draws them together fairly early.

Ralph is directly from Innsmouth, and rumors abound of that place. Nobody puts much stock into those rumors, but it doesn’t stop them from being real ass-hats to people from there. The people of Innsmouth don’t do anything to dispel these rumors, using them much as they used anonymity in the 1920’s to deflect people from visiting. Even with that, though, the city couldn’t fight the tides of time, and had to start integrating their school sports with the rest of the state. That’s where Ralph found his love of football. That’s his only real love, as he doesn’t appreciated the forced indoctrination from his people or the demand that he marry a female spawn of Dagon when all he wants is to start his own life away from the sea and maybe with a certain boy instead…

Carlos is your average kid, mostly. He’s a local that gets weird visions that he doesn’t entirely understand. Out of each of the Scion Cycle, he’s the most gregarious and friendly.

Followed closely by Meredith, she’s mostly normal but with a curiosity that’s dangerous given her past. Her family has been in hiding, avoiding a group out there who have at least killed one of them.

Sheryl is a gamer. We all know her. She likes to fall into her video games after a stressful afternoon. Everyone keeps telling her that she’s a genius when it comes to math, but she hates math. She got into MU on a math scholarship, but she’s hoping she can use that as a jumping point to land in a gaming related field. If only those pesky nightmares would stop plaguing her. If they’re nightmares.

Stephanie is an odd duck. She’s cold and calculating on the outside, but she feels her emotions stronger than most. She focuses on her studies and learning everything that she can. For whatever reason, the students of Miskatonics, and ever some of the teachers, treat her with disgust and hate in their eyes. Especially that Halsey girl. 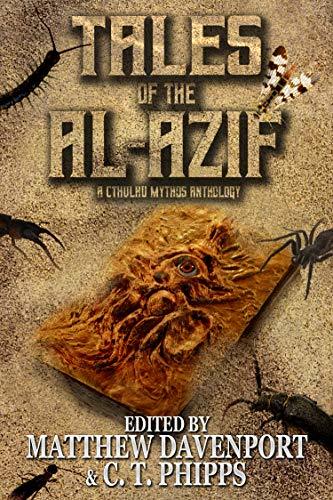 6. Who is your favorite among them?

Stephanie, definitely. She’s like writing for Wednesday Addams. You want to get to know her and as soon as you think you do, she does something completely unexpected, but not out of character. Ralph is a close second. He just wants a life, not even a normal one. He just wants one less odd than being part of an Innsmouth clan. Unfortunately, his problem is genetic and not as easy to escape.

7. What sort of adventures do they get into?

At current, they get pulled into a lot of mythos related danger. Half of them are looking into their own pasts, and you quickly see that the past comes with a cost. Stephanie’s journey, specifically to the “old family home” was a lot of fun to write and we actually wrote two different versions of it. The second version might get worked into a later sequel. The other’s journeys are a lot about self-discovery, but even going to the library can come with hazards, as Meredith can attest.

There’s a subplot throughout the book that maybe bringing back an ancient witch can solve a lot of their problems, and they end up visiting alien worlds, the Dream Lands, and places that they could never have imagined visiting.

8. What draws you to the Cthulhu Mythos?

I like weird. Not just any weird, but the kind of weird that leaves you with more questions than answers. That’s what draws me to a lot of Horror stories. The idea of a complex world hidden underneath everything we think we know uprooting our idea of comfort always attracts my attention.

Then there’s the “let me play in your sandbox” kind of feeling. All of Lovecraft’s crazy world and he never showed a good guy trying to tame it. Only bad guys who became so through trying to tame it. I like that as an ending for a character arc, but what about before all of that? What about when that dark wizard in the tomb was young and just finding the magic? When Lumley showed me that Titus Crow could exist, I saw opportunity to manipulate the mythos in a lot of ways. So, let me play with your sandbox and let’s see what happens…

9. What other Mythos authors would you recommend?

David Hambling is one of my favorites. He’s a great friend to chat with and arguably my favorite pal over the pond. The same goes for my interviewer, himself, C.T. Phipps. Both Hambling and your stories lend a lot toward modernizing the mythos without subtracting from the horror.

And I have yet to meet a bad co-author in the Mythos. David Conyers, Peter Rawlik, David West, David Wilson, John DeLaughter, Andrea Pearson, Mark Howard Jones, and Byron Craft have been just wonderful to work with.

Definitely. We’ve already started notes on the second book, but we’re going to revise how they start. Book 2 will open up on the now host-less podcast that was mentioned in the story, with Meredith at the helm and trying to put out there a more humanizing view of Stephanie and her odd familial past. Plus, we left a lot of loose ends at the end of book 1. It will be fun pulling on those …