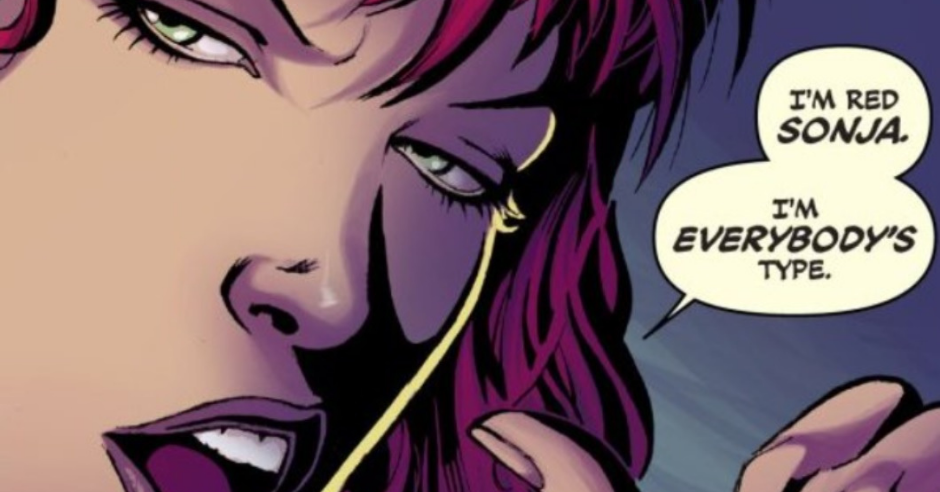 Sonja is a beloved fantasy icon

RED SONJA is one of the classic characters of sword and sorcery who has inspired a hundred imitators as well as helped make action girls more acceptable in Modern Fantasy. However, she’s unfortunately suffered from being effectively reduced to a joke about her infamous chainmail bikini. 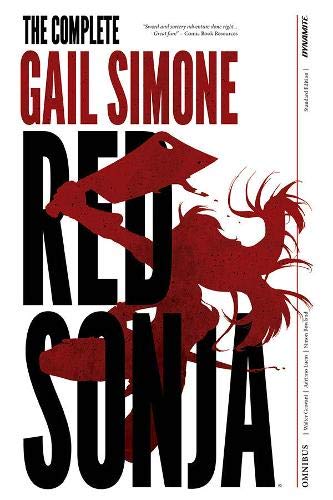 Part of this is due to the inherent silliness of it and the inherent double-standard when it comes to sexualization. Conan can run around with a loin cloth and not be sexualized but every part of Sonja is scrutinized and often deliberately highlighted. After all, Roy Thomas assumed he was primarily selling his creation to teenage boys.

Gail Simone opens her omnibus discussing this dichotomy with the fact that she was part of the periphery demographic of comic book readers that absolutely loved Red Sonja as an ass-kicking, deep, and fascinating character in her own right. Yes, this small and ignored group of people called women that compromised half the human population as well as a significant chunk of comic book readers. In fact, had always been so. When given the chance to write the character, she lept at the chance and decided to put her own spin on it.

Gail Simone’s issue with the She-Devil isn’t that she wears the chain-mail bikini or fanservice. There’s quite a bit of both in the book, though Sonja wears quite a bit more clothes and armor than usual. No, her primary issue is with the other thing that she was most infamous for: her rape backstory, empowerment by Scathach, and the oath to never be with a man unless he beats her in battle. Her opinion on that? “That is the stupidest thing I have ever heard in my life.”

Indeed, Red Sonja is deliberately not chaste in this reboot of her character and spends a not-insignificant portion of Simone’s run trying to get laid. Gail Simone throws quite a number of humorous obstacles to explain why Red Sonja, looking like the original swimwear model, has difficulty with this and it is always hilarious. More controversially, Gail Simone makes it clear that Sonja is bisexual as well. Which perhaps was done due to the character’s somewhat checkered history with queer representation. 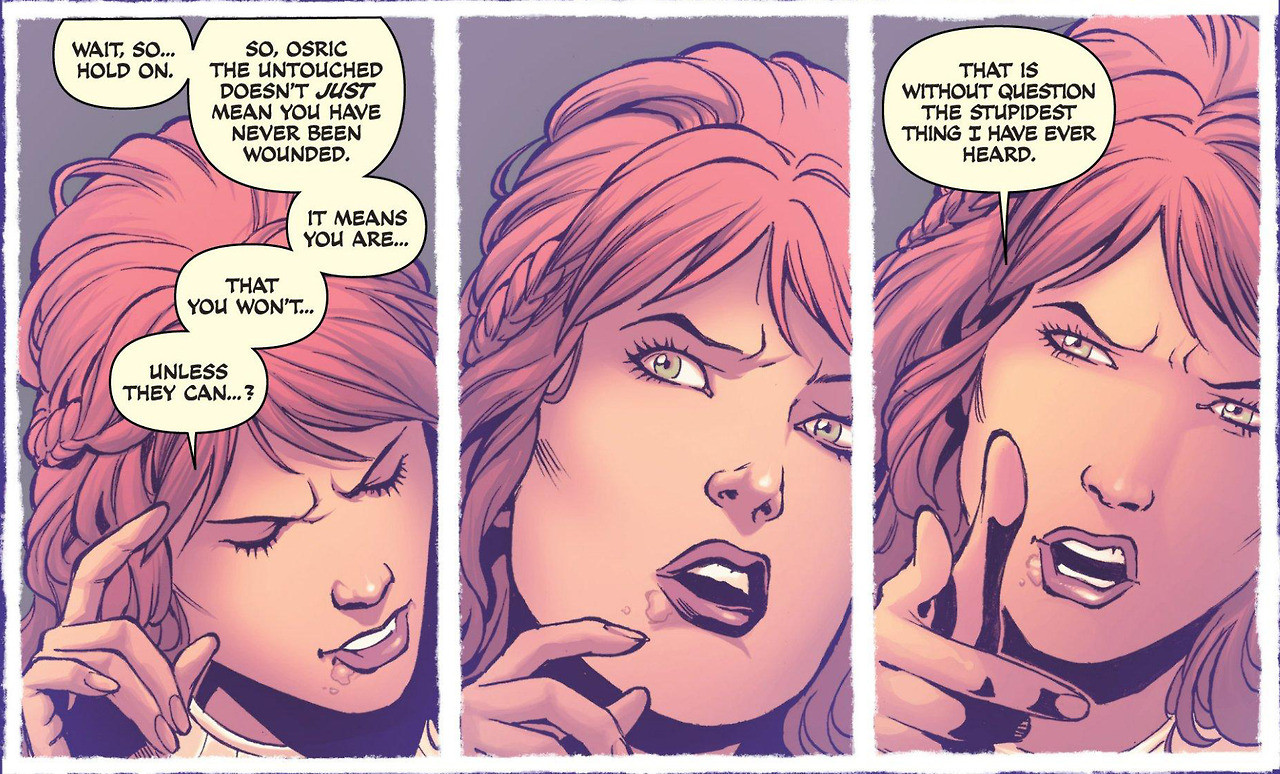 Gail Simone perhaps goes a bit too far in reinventing the She-Devil with a sword. While I don’t think too many readers will mourn the fact she is no longer sexually assaulted in her backstory, being away from the massacre when it happens, the lack of Scathach and changes to her personality are a bit more noticeable. 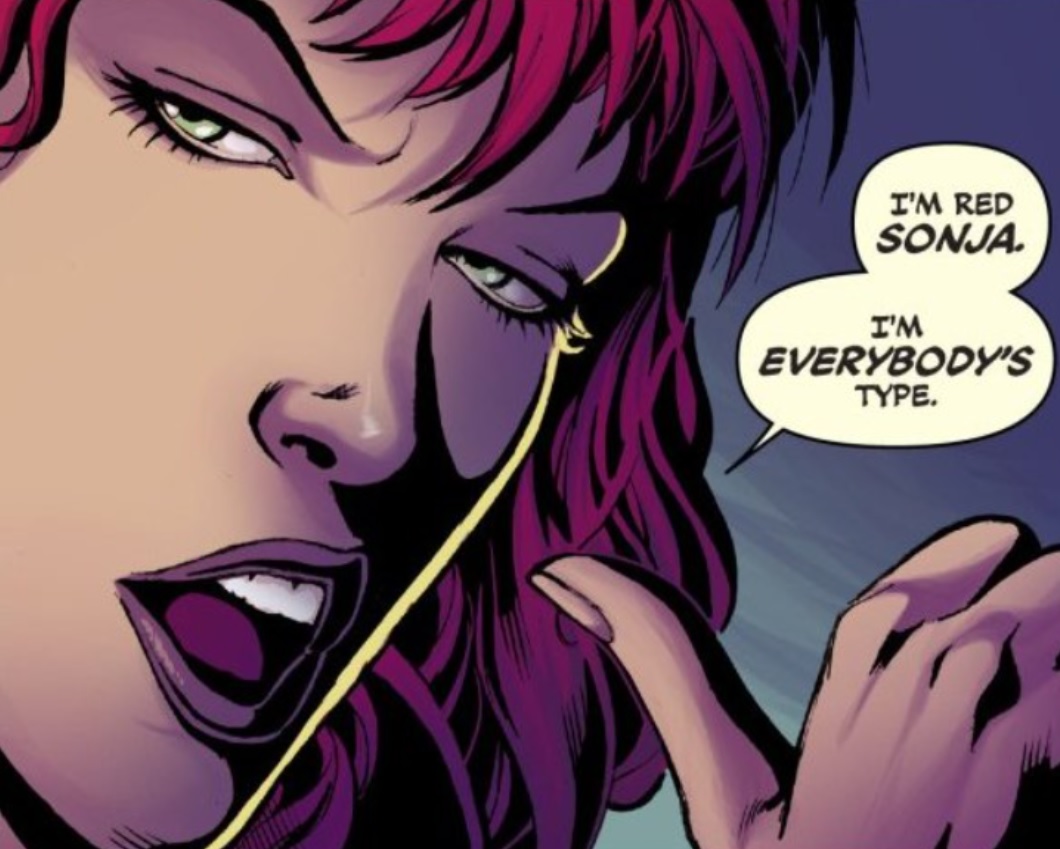 The first of the stories, “Queen of Plagues” is a surprisingly intricate storyline that reboots Sonja’s backstory as well as well as deals with an ex-lover/rival Dark Anissa who has now become the head of an army of zealots who kill all people who may carry a devastating plague. “The Art of Blood and Fire” is a hilarious zany comedy about Red Sonja trying to assemble seven artisans for a pharaoh’s death party in order to free a thousand slaves. It is one of the best comics I’ve ever read in my life. “The Forgiving of Monsters” is the only dud in the group as it suffers from the Spider-Man 3 problem that it wants the heroine to let go of revenge while their object of revenge remains a complete scumbag continuing to commit crimes.

In conclusion, I definitely recommend this book for fantastic art, fantastic action, and something that goes a long way to reminding readers while Sonja is a beloved fantasy icon. However, I feel it goes a little too far in changing her backstory as I always liked the Scathach connection. I also don’t think it was a good idea portraying Sonja as sometimes bordering on a complete dumbass. Which has never been part of her characterization.

check out some of our other reviews