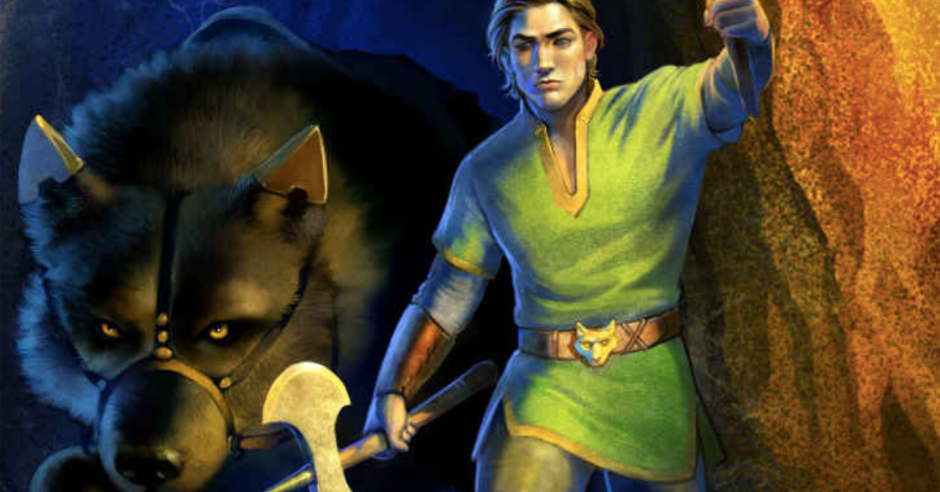 The story hooks you from the first sentence and carries you through until the thrilling conclusion, with all its reveals. 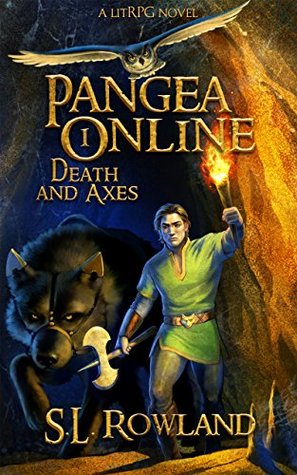 Esil has spent the past year toiling in the mines of Pangea while the more wealthy traverse its myriad of gameworlds. His luck changes forever when he stumbles upon a legendary Developer’s Chest, containing an invaluable Worldpass, which grants him unlimited travel to all gameworlds.

Now, Esil isn’t just stuck watching as others explore Pangea. He can finally level up.

But his in-game actions have real world consequences and failure online threatens everything he holds dear.

Thus begins the story of Pangea Online: Death and Axes. I am a huge fan of this new wave of authors joining the LitRPG genre, creating fun new worlds to base their stories in. Whether light and fluffy fun or dark, end of the world grim, there’s so much to enjoy. With S.L. Rowland’s Pangea Online: Death and Axes, we get a bit of both, since the world outside the game is just as big a part of the story as the game world itself. That to me is what differentiates this story from so many others, where the “real” world is often very two dimensional, and not fleshed out at all.

The book is based in a dystopian future, where wealth inequality after a nuclear war is even more glaring. The rich sit in their safe enclaves in the lap of luxury, while the bulk of the population lives in the Boxes, small metal box dwellings the government has set up for the poor. Air filtration, food, and water are given for free, as well as the Internet, but power has to be produced by using stationary bikes that take two hours of pedaling for a 24-hour charge. People work online, doing a variety of tasks, with no access to the various game worlds.

The main protagonist, Ezil, works as a data miner, which means he mines code in a virtual mine for his meager living, never getting enough money to enjoy anything more. This is the dreary existence of so many people in this world, and you feel immersed in the real-life aspects as much as the online world.

All this changes when Ezil discovers a Developer’s chest, which gives him a free travel pass to all the other game worlds, and the opportunity to make a better life for himself if he can take advantage of it. With some rare items from the chest, these help Ezil to power through some levels, and he also takes along a friend of his, Buzz, who’s mother is dying of a curable plague if they only had the money for treatment. This spurs on the rest of the story, as Ezil is determined to save his friend’s mom, even if it means joining a tournament he has no business competing in.

The character development is so well done in this. We find out Ezil was raised in an orphanage and has no idea about his past, but the lessons the orphanage taught him serve him well throughout the story, Always watch your back, and don’t trust anything that seems too good to be true. He also learned the value of loyalty to true friends. He is still young, so he is prone to young man’s mistakes, being impulsive and reckless at times, but he has a nice growth arc.

The secondary characters, from Ezil’s friends Buzz and Grayson, to allies like the high-level gamer Aleesia, all get much more development than I expected. They get their own backstories and motivations that really round out their personalities, so much so that I was touched to tears by a particular scene explaining one character’s backstory. Considering I have the emotional intelligence of a rock sometimes, this is quite the accomplishment.

The game worlds are also well thought out. Creating a vast library of game worlds, a la Ready Player One is nothing new, but doing something to make them your own is. Just the idea that people can do something as simple as manual labor online for their living is intriguing, and the vast amount of game worlds, from far-future space to medieval and Steampunk worlds, gets explored, without seeming derivative of other people’s work. The Tournament setting is a bit overused, but the motivations and actual mechanics of it just make it work, engaging reader interest and immersing you into the story.

The narration is performed by Justin Thomas James and Laurie Catherine Winkel. Most of the characters are voiced by Justin, with Princess Aleesia voiced by Laurie. They make an excellent team, doing a great job of interacting together, keeping their scenes together flowing, and investing real emotion into the voice work. They create unique character voices throughout, using a range of tones and accents to differentiate the characters. The pacing is excellent as well, never falling into a monotone or having any long awkward pauses. If you are into audiobooks at all, this is something you should enjoy.

I now have a new addition to my top five list of LitRPG titles.  The story hooks you from the first sentence and carries you through until the thrilling conclusion, with all its reveals. While it has lots of great, heartwarming moments, there is some real pathos and tragedy scattered throughout, as you would expect from a dystopian real-world setting. Hard for everything to be unicorns and Rainbows when you live in a toxic zone. This book has something to offer to so many readers, from fans of fantasy, steampunk, dystopian futures, and space opera, as well as LitRPG fans. Prepare to have your socks blown off when you enter Pangea Online. 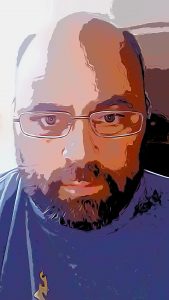