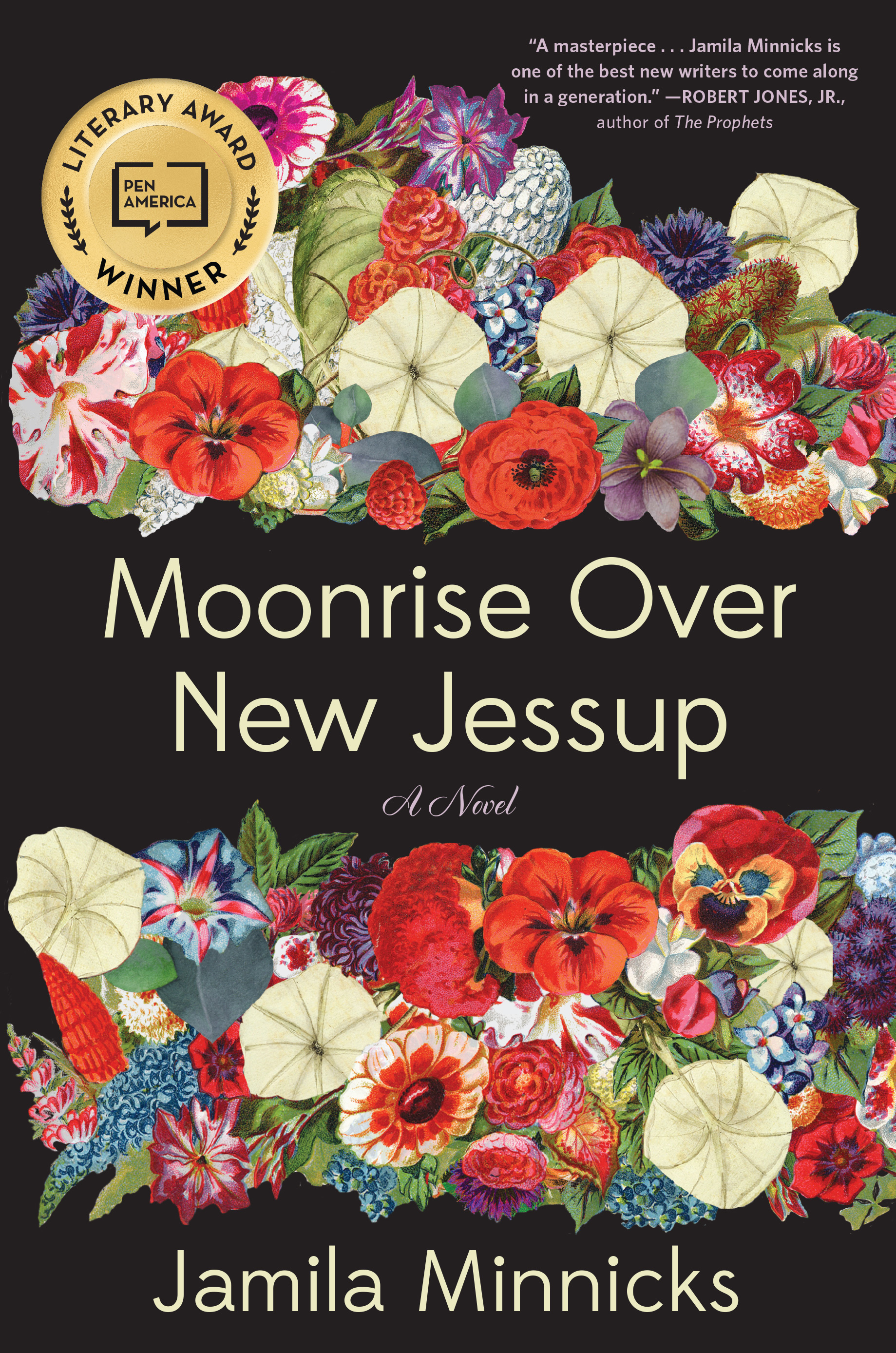 As a reader, sometimes I get bogged down in various genres. I am a fan of Science fiction, Fantasy, and every iteration that comes out of that side of the bookstore. But I realize that while I read widely, I don’t read widely enough to get my feet firmly planted in fiction. So when presented with an opportunity to check out this beautiful book by Jamila Minnicks, I jumped at the chance.

The premise of Moonrise Over New Jessup is thus: “It’s 1957, and after leaving the only home she has ever known, Alice Young steps off the bus into the all-Black town of New Jessup, Alabama, where residents have largely rejected integration as the means for Black social advancement. Instead, they seek to maintain, and fortify, the community they cherish on their “side of the woods.” In this place, Alice falls in love with Raymond Campbell, whose clandestine organizing activities challenge New Jessup’s longstanding status quo and could lead to the young couple’s expulsion—or worse—from the home they both hold dear. But as Raymond continues to push alternatives for enhancing New Jessup’s political power, Alice must find a way to balance her undying support for his underground work with her desire to protect New Jessup from the rising pressure of upheaval from inside, and outside, their side of town.”

In the first few paragraphs, we meet Alice and learn of her predicament. Her mother has died, and a few weeks back, her father passed away, leaving Alice an orphan. Her beloved sister moved out a while ago, presumably to the big city, although Alice can’t find her, and she knows she needs to leave as soon as possible before the landlord figures out a way to get her behind the toolshed. Alice is a protagonist that is bold enough to understand a situation and knows she needs to take action but tender enough that the move will sting. She has to leave everything she has ever known, hoping for something better.

We end up in the thriving town of New Jessup. Alice gets off the bus and looks for a non-white water fountain and doesn’t find any. Or anything of its kind because New Jessup is an all-black community. There is a calm to New Jessup in the way that Minnicks describes New Jessup, a beautiful calm in stark contrast with where she came from.

‘ The moon rises and sets, stitching eternity together, night by night. Love-spun thread binds family when even years, or blue skies, stand between one and another’s touch. Generations travel the same footprints, reach hands to the same climbing branches, and warm the same brown skin under the Alabama sun. Maybe “family” brings to mind only blood, marital relations, and it’s easy to understand that way of thinking. Love by my hand tethered generations to generations, as well as kin by skin, in this place where all in me, and of me, can thrive.’

The story is slow-paced, at times almost like molasses. But that adds something to the narrative, quiet, slow, and sitting on the porch drinking icey sweet tea. Moonrise Over New Jessup is a character-driven story, so while the pace is languishing, we are getting to know the characters for all their good and evil. This place is a haven against the racial tensions surrounding the town on all sides.

After reading it, it isn’t easy to sum up how I feel about this book. The first word that comes to mind is stunning. The prose and lyrical nature of the writing are captivating. It takes you to 1957; you feel the heat on your skin and see it shimmering across the blacktop. The bus just drove away, and you smell the exhaust. But most of all, the writing conveys the uncertainty Alice Young feels in this new environment and how that changes over time. It conveys the social state of the world in 1957, and how that is rapidly evolving, it describes how the world viewed women, specifically women of color.

But most of all, it made me appreciate Minnicks’ beautiful writing and gave me the desire to seek out all their work.