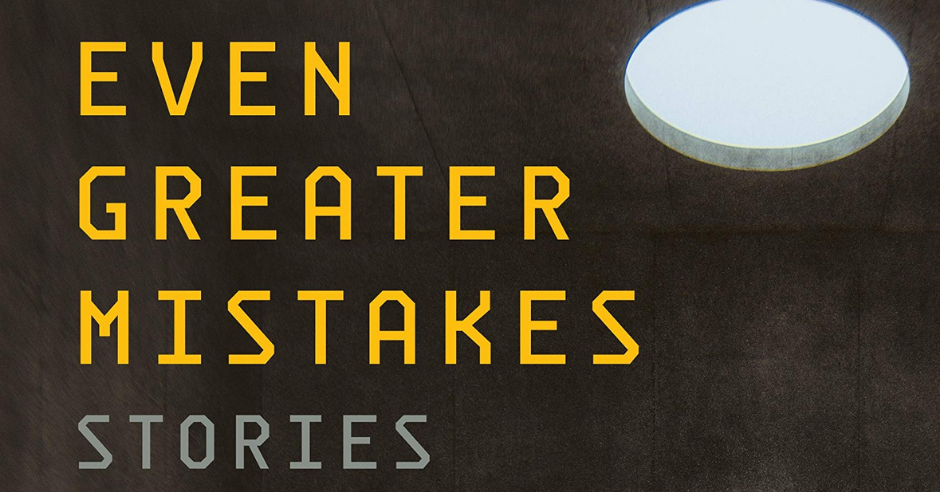 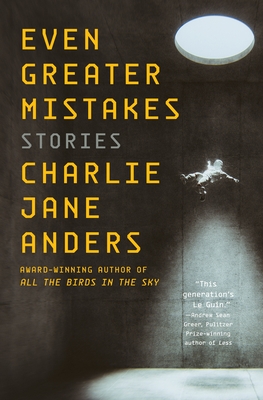 A wildly popular slapstick filmmaker is drawn, against his better judgment, into working with a fascist militia, against a background of social collapse.

Two friends must embark on an Epic Quest To Capture The Weapon That Threatens The Galaxy, or else they’ll never achieve their dream of opening a restaurant.

The stories in this collection, by their very outrageousness, achieve a heightened realism unlike any other. Anders once again proves she is one of the strongest voices in modern science fiction, the writer called by Andrew Sean Greer, “this generation’s Le Guin.”

Charlie Jane Anders’s short stories always span the spectrum of emotion and world-building. Some of her stories leave you gut-punched; others are uplifting. At the same time, others are deep science fiction. It is a nod to her as an author that she can evoke so many emotions from her readers in such a small word count.

“Short stories are dangerous: tiny sparks of pure narrative fire that burn hotter because they snuff out sooner. Small, self-contained adventures gave me the freedom to fail — to push my limits, to experiment with styles and ideas that I wasn’t sure I could pull off. And fail I did, over and over. I wrote scores of short pieces before I managed to turn out one that fired on all cylinders. The wonderful thing is, if you blow it with something short, you’ve only wasted a week or three of writing time. And if someone reads your story in a magazine and hates it, there’ll be another story, by another author, on the next page.”

Short stories need to be concise to the point of being brutal. A short story is no time to go mucking around with your reader’s attention. There aren’t enough words. By the time a writer gets done fancifully describing a door know, the story needs to be done. This is why Anders does brilliantly as a short story writer and long-form if you have read her long-form novels. She gets to the point. I appreciate that as a short fiction reader.

Even Greater Mistakes, her newest anthology of work, is a beautiful collection of stories that run the gamut. And while I won’t go into each one, I can call out some that are excellent:

As Good As New is one of the first short stories I read. It is such a unique story to me as a reader because apocalypses, while awful essentially, take the individual and their lives after the fact out of the equation. Yes, life is terrible, but people need to move on. There has to be some joy, or life isn’t worth struggling for.

“It is astounding to me that Anders wrote so much about human emotions in only 28 pages. I have IKEA instructions longer than 28 pages. But it works, and it is damn good.”

In this case, it is Marisol and her ability to find hope and joy, even amongst the muck and mire. It is uplifting and joyous.

“The first thing I thought of when I finished “Rat Catcher’s Yellow” was the Hamlet quote, “There are more things in heaven and earth, Horatio, / Than are dreamt of in your philosophy.” This seems like an odd quote for this story, but it is a vast world that is constantly changing. Even after a significant disease destroys people’s minds, they interact and build kingdoms online with cats. It seems absurd, but it is steeped in the truth. There is more to this world than we know, and depending on the angle in which you approach a problem, anything is possible.

If you Take My Meaning was one of the more complex stories to read and understand. But through the context of Ander’s story The City in the Middle of the Night, it makes a lot of sense. It is a continuation after the end of the novel. It gives us a hint as to the future of the characters.

Six Months, Three Days is when an unmovable object meets an unstoppable force: two characters, one who can see all possible futures and another who can see only their lot. Nothing deviates; nothing changes. What if they have a relationship? What would it look like? Yes, we know there will be lots of pain in this relationship. Yes, we know exactly how it is going to end. However, there are many beautiful moments, moments of love, and life that are worth celebrating even if you have already seen them in your mind’s eye; you haven’t experienced them. The juice is worth the squeeze!

There is a brilliant variety in this collection told by a master short story author. It is vibrant and queer and wonderful but holds to concise storytelling. These stories might not hit for everyone, but they hit pretty hard for me as a reader and reminded me why she is one of my favorite storytellers.