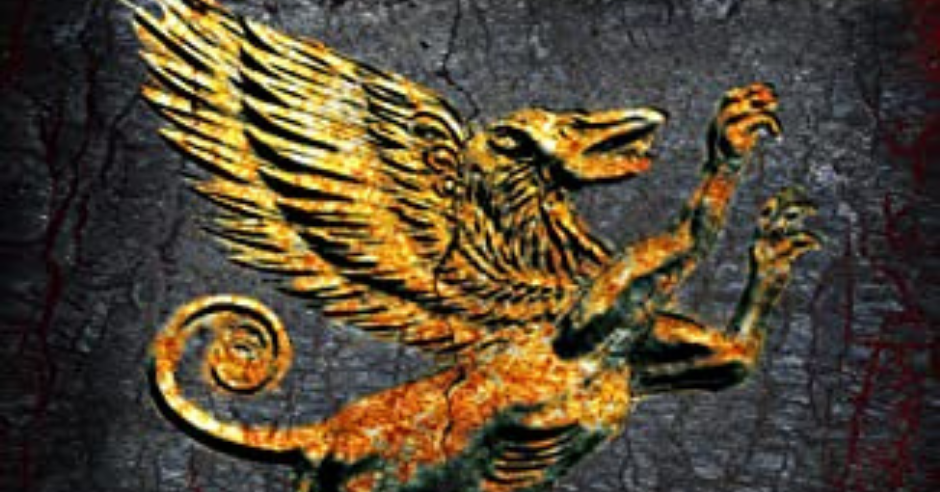 Review – Against All Gods – by Miles Cameron

Scheming, megalomaniacal, utterly egotistical gods, caring for nothing but their own pleasures, indulgences, and cruelties, and holding onto and increasing that power, at the expense of all other life, and using mortals as their pawns. But the mortals are tired of the game, and the bravest among them, aspire to overthrow the gods, and be free from their despotism.

Yet, the gods have MAJOR internal issues, and they may just tear themselves apart before the mortals can have their day, destroying the world in the process.

This is the premise of my most recent, fantastic read, penned by the incredible Miles Cameron.

Christian Cameron (otherwise known by pen names that include Miles Cameron, and Gordon Kent) is one of my all-time favourite authors. This prolific, best-selling author of over 40 novels, has penned one of my top ten fantasy series ever: “The Traitor Son Cycle”.

When Cameron offered me the incredible opportunity to receive an Advanced Reading Copy of his upcoming new fantasy release, “Against All Gods” (Book One in “The Age of Bronze Series”), in exchange for an honest review, I could not type, “Yes, please!” quickly enough. And I’m so glad I did.

The story moves back and forth fluidly between the mortals and the divine characters. The reader is introduced at the onset of the book to the ethereal court of the current King of the Gods, Enkul-Anu, who rules from the high mountain of Auzu, where the pantheon of the gods resides.

Enkul–Anu is a shrewd, calculating leader, who rules with a heady mix of tyranny and manipulation. Still, the ruler of the gods likes his carnal pleasures, and fiendishly delights in pain to those who oppose him. This lord of gods cannot rest easy on his throne, however, as he and his followers overthrew the previous divine regime to ascend to their current heights. They are considered “The New Gods”, having successfully rebelled and replaced “The Old Gods”.

So Enkul-Anu is cagey, suspicious of everyone, fearing of being toppled in turn. He keeps the humans harshly in line, through pure fear of his retribution. He does the same with his entire court of gods, including his offspring and consorts. He watches for any signs of insurrection amongst the gods and goddesses, ready to crush it. He also keeps an eye on some of the survivors from the Old Gods, whom he considers “The Enemy.” Chief among them, Temis and Tyka. Enkul-Anu is also concerned that his senior gods have gotten distracted, old and useless, and the younger ones are plotting, incompetent, and flighty.

But most of Enkul-Anu’s headaches are about to come of the human variety, in largely the form of the following players:

Gamash, an old warrior, and a magus, who was a great hero, and former tool of the gods, has lost his beloved daughter, killed callously by one of Enkul-Anu’s subordinates. Gamash vows revenge, and is willing to court Enkul-Anu’s enemies, to get that vengeance. Gamash turns to a mysterious blacksmith and his apprentices for aid, to fashion weapons made of a substance that can possibly slay a god.

Meanwhile, performer Era, uses all her wits, athleticism, and courage, to flee death and destruction, and along the way adopts an enigmatic young orphan boy, whose stuffed bear seems to predict the future.

Pollon a scribe, and his friend Atosa, a jeweller, are wrongfully imprisoned and tortured for trying to do the right thing.

Zos, a veteran mercenary, who is also a daring bull-leaper, is given a suicide mission by his masters, and the cynical warrior might be becoming tired enough of life to not care.

Finally, Aanat, a master captain, and trader, wants to keep his ship, and his family who are its crew, safe from harm. He and his people are also pacifists, and take an oath not to harm others. But in a particularly savage world of gods, monsters, and barbaric humans, keeping that oath has never been more difficult.

For me, every book begins with the characters, and the characters in this book were absolutely fabulous. The iniquitous gods are hilarious in their excesses and their wickedness. Gorged on sex, violence, and vanity, and filled with all the human insecurities, weaknesses, and downright pitiful self-absorption, these gods are anything but magnanimous and worthy of veneration. But again, they are also freaking hysterically funny! Druku and Sypa especially had me snickering with their antics. Nonetheless, it was the big cheese, Enkul-Anu, and his constant cursing and derision about his fellow gods really got me laughing out loud.

The humans, who Cameron clearly identifies as the protagonists, are also really humorous. But they also have heart, complex motivations, and most are at least somewhat morally grey, save for the Harkans, who I found to be very noble overall. Era was my favourite: uncompromisingly proud of and comfortable with her sexuality, resourceful, tough, full of life, lust, and the kind of friend you want in your corner. Zos’ combination of charisma, world-weary skepticism, and bravado, made for a really dynamic character as well. The odd little boy Daos, and his relationship with his foster mother, Era, will melt your heart, and Cameron will also force you to care, a lot, about the donkey!

The landscape is beautifully depicted by Cameron, lovely, yet utterly bleak and brutal at the same time. Set in the backdrop of a time before steel, when the economy was based on a bartering system. Cameron’s vivid descriptions make the reader feel like they are living in the time when gods walked the earth, bred mortals, and made half-god children.

Special note: I thoroughly enjoyed reading about the loving, polygamous lifestyle of the Harkans, and about the inscrutable “Dry One” who the human crew encounters. The Dry Ones are feared and hated monsters, but the one the protagonists encounter seems to indicate potential for otherwise.

While this book is sometimes zany, often irreverant, the themes Cameron explores are very dire, including canibalism, ritual human sacrifice, slavery, betrayal, unmitigated greed, torture, sexual assault and murder, to name a few, so reader be warned. As expected with a writing master such as Cameron, these themes are handled with aplomb, dark humour, and a glimmer of real hope.

A huge theme is whether or not humans have been tricked all their lives, ascribing virtue to gods who are by no means worthy of such adoration. Some mortals cling to their worship of the gods, despite the evidence plainly in their face all along that the gods were detestable. The gods feel the humans are beneath contempt, just playthings, but necessary to feed their existence, and the humans become equally contemptuous of the gods, due to the god’s oppressive treatment of their mortal subjects. Once this happens, and the humans open their eyes to how badly the gods behave, it seems war is unavoidable, because without mutual respect, neither party can value the lives of the other. Even the peace-loving Harkans.

There is chilling foreshadowing however, that should the audacious mortals somehow manage to survive, and in fact succeed in their quest, will they simply become that which they despise, providing more of the same sort of cruelty and capriciousness, if they manage to supplant their divine masters?

I fear a “here’s the new boss, same as the old boss” outcome, if any of the humans manage to remain alive by the end of the series. Because, as we have learned throughout history, absolute power can corrupt absolutely (or “eternally” as the cover of the book notes), as the saying goes.

Cameron’s prose is great. The writing is taunt, economical, yet somehow also so descriptive and luxuriant, and it always keeps you glued to the pages, making for a compulsive read:

“Dekhu was an island of degradation and torment. They witnessed hundreds of acts of cruelty under every decaying portico. On one ruined mosaic floor, two slaves fought with staves, both of them covered in blood; on another two women danced with chillingly unsensual lasciviousness. Whips cracked, fists pounded, and for the most part, the victims were blank-faced, unresponsive, less inclined to rebellion than donkeys or mules.”

In typical Cameron fashion, the battles are bloody, thrilling, and some of the best fantasy has to offer. There are only a handful of writers who can write combat like Cameron (an expert on ancient warfare and weapons, and a reenactor). He is simply one of the best at it, anywhere. Your heart will beat faster with every sword stroke, or blast of magic, as you wring your hands over the fate of your favourite characters, and are stupified by the level of realism Cameron brings to a fight scene. The author makes you hear, see and FEEL it all, and transport you into the heat of the desperate struggle for life and death. Phenomenal.

Every time I think I have my “best books of the year” list sorted, here comes a book like “Against All Gods” to throw a wrench in my well-made plans. Cameron is at the top of his game here: highly, highly recommended. Go get it!

Read Against All Odds