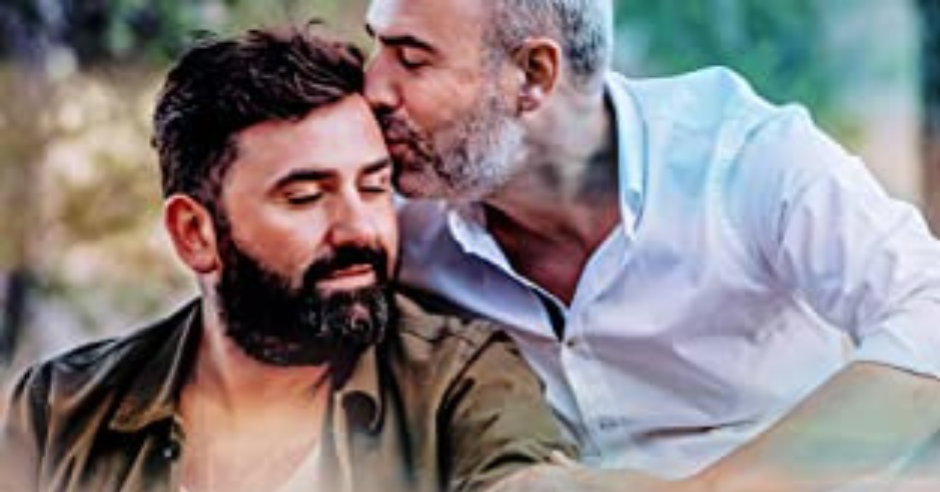 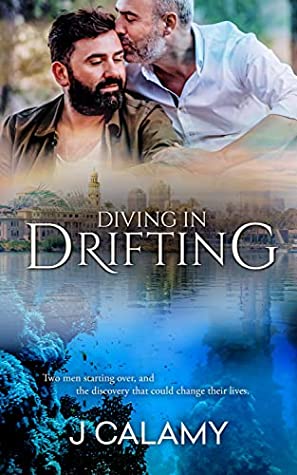 Having read J Calamy’s crime/action romances The Boss and The Chief, I was expecting the new book to be more of the same: scalding-hot queer romance with great writing and all the feels, plus the very real threat of violence in the international criminal underworld. I got the heat and the feels and the writing, but the whole thing was much sweeter, more affirming, and less angsty. While the criminal underworld does play a role, it’s a much more understated one, leaving more room for the exploration of this unique and very sweet grump/sunshine relationship.

Cole—the Sunshine—has some issues, including anxiety and poor body image, but he’s mostly happy as he sets out on his first real diving vacation. Of course, he lusts after his new divemaster’s physique, but why would someone that hot be into him? And why is Hank so pissed off all the time?

Hank—the Grump—has other problems, not the least of which is a debt to a local criminal he can’t ever seem to repay. Though he’s the best divemaster around, his poor social manners make it hard for him to keep his bosses and clients happy and make enough money to get out of debt.

Their first encounter doesn’t go well, because Hank’s kind of a dick, but something keeps Cole intrigued—maybe it’s Hanks’s chiseled, sun-kissed physique? Or could it be the beautiful world beneath the waves Cole glimpses under Hank’s tutelage?

The ice quickly thaws, and Cole discovers that not only is Hank not an asshole, he’s also into Cole. Like, really into him, into his big, soft body, the one he’s been ashamed of all his life. You can see where this is going, right? Well, it goes there, and in a very hot and satisfying way, the details of which I leave to your reading pleasure.

But there are some things you might not expect, and which bear mentioning. Both characters are dealing with some mental health challenges, and the author is not afraid to show them in an open and healthy way. Because people have problems, and no one benefits when they get swept under the rug, or off the page. J Calamy is never one to shy away from dealing with characters’ trauma and internal struggles. So while this is ultimately a sweet and tender romance, that sweetness does not come at the expense of realistic psychological portrayals.

Another thing you may not be expecting if you haven’t read the author’s other books is the quality of the writing. Calamy nails each character’s voice, both internal and in dialogue. These are not just cartoon Grump and Sunshine characters—they feel real, and that brings so much more tenderness to the sweet moments and depth to the spicy ones. I laughed out loud on a number of occasions, and I went “Daaaammmnn” on some others. You have to read to see what I mean, but J Calamy can fucking WRITE.

The last thing I want to mention is the setting, which, I guess the title kind of hints at, involves diving. I have never gone scuba diving, but the underwater world they explore is fascinating and beautifully told. The descriptions of the reefs and the undersea creatures they encounter are the equal of any you’ll find in a more “literary” novel, but these come with a sidecar of hot on-the-boat sex. Well, they have sex off the boat too, but you get my point. But even out of the water, the depictions of the Red Sea and the people who live along it are so real you feel like you’re dipping your toes in the salty water.

Calamy uses the discovery they make while diving to highlight some interesting cultural and political issues as well, and the angst that comes in during their temporary setback is well-earned and relevant to the plot and to the real-world challenges of the region. And yes, they get a HEA–this is a romance, after all.

If you’re ever in the mood for a sweet and spicy M/M romance novel with a grump/sunshine love story, reef diving, ancient treasure, heart-warming romance, body positivity, mental health rep—oh, and did I mention the author’s hallmark ghost pepper spicy sex scenes? Well, if all of that sounds good, run—don’t walk—to the seaside for the summer read you’ve been waiting for.

Add on Goodreads
Buy from Amazon