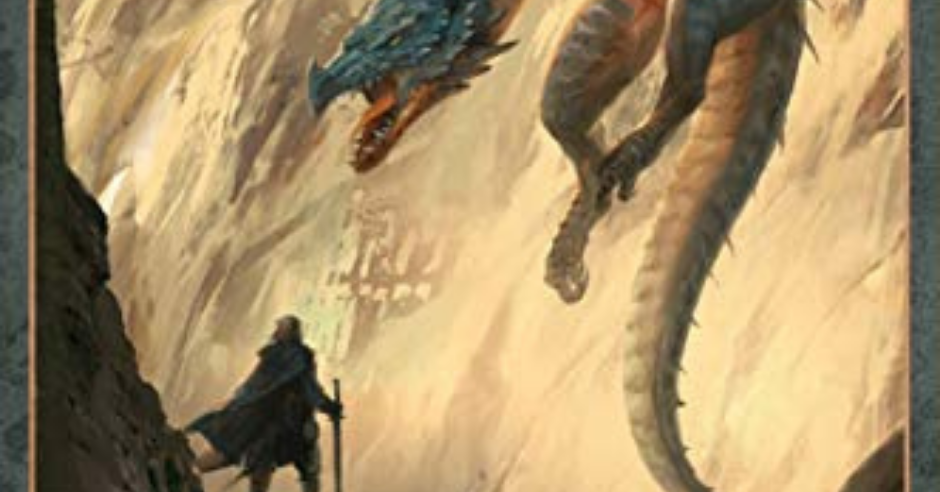 The most essential part of any book for me, the characters, were some of the best-drawn and most memorable (for me) for this type of novel.

Spencer, writer of the Rhenwars Saga and the Chaos Cycle already has plenty of stature as a fantasy author. Spencer’s debut novel in the Rhenwars Saga, Darkmage won the 2012 IndieReader Discovery Award for Fantasy, and was a Self-Published Fantasy Blog-Off (SPFBO4) semi-finalist. Spencer’s Chains of Blood, first installment of the Chaos Cycle, won Silver in the 2020 Readers’ Favorite Awards for Fantasy.

But Spencer is perhaps best known for Dragon Mage, which, in my estimation, is one of the most hyped Indie fantasy books to come along in recent memory. Seldom have I picked up a book that is so weighty in expectations, to match its considerable page-count.

There was plenty of room for a let-down here, and to be candid, I was concerned about it. As it turns out, I had nothing to fear. Dragon Mage lived up to billing, and then some. It was so outstanding, that I am currently pondering it, along with two others I have read so far, as my book of the year in these early months of 2022. We’ll see how the rest of the year shapes up before I do any anointing, but let’s get to the review.

This book embodies some of the most timeless and classical of fantasy tropes. The big one here is that of the downtrodden youth with unknown power or authority who would otherwise be mired in obscurity, except that they are the chosen one.

The chosen one, in this case is neurodiverse protagonist Aram. Aram is a boy who is raised by his mother in a small, remote fishing village. The unfortunate youth lives a life of being ostracized and bullied for being different from other youths.

But though seen as an oddball, Aram is truly special. Aram perceives that colours are assigned to people’s auras. Additionally, Aram has opal-coloured eyes, and his blood does not bleed red, as one normally would. Still, despite these disparities from the rest of his village, all Aram wants to do is be accepted, win the attention of the girl he admires, and enjoy making knots, which is his favourite pastime. But destiny holds other plans for Aram.

Aram is attacked by some of the relentless bullies, but is saved by an older boy named Marcus, the other main character, who becomes Aram’s friend and protector. While Aram dreams of becoming a sailor, Marcus too yearns to escape the isolated village, and his abusive father. A bard, passing through the village, is looking for youths to audition their talents, for an opportunity to leave the village and travel with the bard.

This appears to be Marcus’ big chance, but fate intervenes when Aram ends up auditioning for the bard, and sets events in motion that propel Marcus and Aram off on a dangerous quest, where both will discover their important lineages, abilities, and destinies. And the fate of these two could not be more critical to the fate of the world.

For Aram is a Savant, and has potential to be a dragon-riding Champion, the likes of which the world has not witnessed for centuries. Meanwhile, Marcus, who is found to be unaffected by magic, is fated to be Warden, who guards Champions.

The brilliance of this book is that, for the most part, as I alluded, the heart of the plot is full of many of the typical fantasy cliches. It’s a coming-of-age story, that despite the fabulous, evocative prose, stupendous character development, thrilling action scenes, and all the other superlatives about the book, those who care about tropes will likely won’t find the basic premise very innovative. But who needs the wheel reinvented when you can write as dynamically as Spencer can?

The most essential part of any book for me, the characters, were some of the best-drawn and most memorable (for me) for this type of novel. Aram and Marcus are in the Frodo and Sam stratosphere, and perhaps now my favourite fantasy bromance duo. Their relationship was truly special, and pulled at the heartstrings. Marcus’ loyalty, kindness, yet pragmatism make him a gem.

But the sensitive, extremely well-handled manner in which Spencer wrote Aram was top-notch. Aram’s dogged determination, courage, and nobility, along with the fact that he is the ultimate underdog, will make readers root for him from the start, and keep on cheering for him. Spencer has crafted two very realistic, simply remarkable characters that will stay with me for a long time.

The secondary characters are very well done too, my only quibble being wanting a little more exploration of and complexity from the villains. But this is a story where for the most part good is good and evil is evil, and the greatness of Aram and Marcus compensated for any want of mine for more development of the tertiary players.

The world-building is phenomenal. Spencer creates a sundered existence for the inhabitants of her world, and provides a great backstory as to the cause of the sundering. In times past, archons (evil mages) sought to gain increased power by assimilating “essence”, which would be created by destroying the world. Erok, the world’s Champion, altruistically gives up his life to sunder the world, in order to save it from the archons’ apocalyptic plans.

Thus the place where our main characters live, called “The World Above”, was created. This world is characterized by an absence of magic, with those who have the capabilities to wield it largely unaware of their bloodlines and skills. Sinister forces want to find those who are ignorant to their enormous powers and either kill or corrupt them.

Meanwhile, “The World Below” is where magic openly resides. In that same vein of being ignorant to one’s abilities, Aram causes a tear in the fabric of the purgatory between the worlds, known as “The Void”. Due to “The Void” being populated by horrific monsters, of course this sort of rift is a real concern for humankind. While the concept of rent worlds is not new, it is exceptionally well done by Spencer, and I loved every aspect of her world-building.

Of course, we can’t forget to mention the dragons, when speaking about this book. Let’s keep this part simple. Other than “the gold standard” for me (and many) in G.R.R. Martin, in terms of dragon warfare, Dragon Mage is THE best in terms of what I have read in fantasy. Absolutely spectacular. Another quick tangent about this book, relating back to G.R.R.M.: while it reads mostly like a YA heroic fantasy, this book has some really dark moments, and like G.R.R.M. characters that you might not expect die harshly. Dear reader: don’t fall in love, you will have your heart broken.

The real testament to how great this book is: it’s a tome, but it reads like a 300-page light read to me. It was completely engrossing, beautifully written, and hit me in all the feels. The inseparable friendship of Aram and Marcus, the intricacy of the magic system, the delightful and heart-breaking moments, the adroit way in which Aram’s neurodiversity was dealt with, the detailed, beautiful writing, the great fight scenes, tension, everything about Dragon Mage was fantastic. It was a long book, one of the longest fantasy books I have ever read (even though I can handle the chonkers), but I could have read another thousand pages – I did not want it to end.

This book far exceeds the nominal five star rating, so no point in trying to assign it one here. The best compliment I can give Dragon Mage, by M.L. Spencer is: Dragon Mage is why I read, and love, epic fantasy.

I originally thought the book was a standalone, but I hear a sequel is in the works. There is ZERO question that I will be reading any follow-up to this story by a brilliant author, who has become one of my must-read writers, by virtue of how much I was enamoured with Dragon Mage.