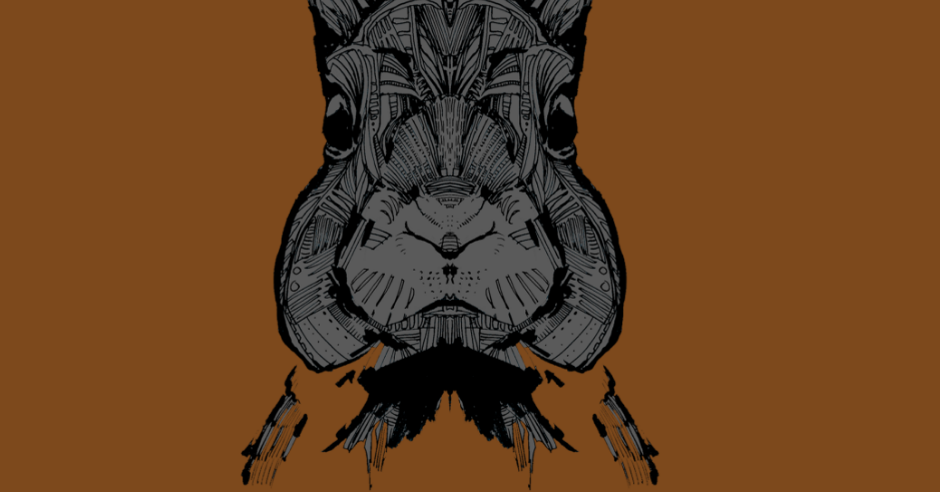 Home » All Reviews » Interview with Terry MIles, Author of Rabbits

Terry Miles – “I’ve always been interested in stories that blend into and merge with real life. All I’ve ever wanted was the chance to take part in a genuine treasure hunt kind of mystery, a journey through the wardrobe, so to speak.”

Undoubtedly, if you are into podcasts as a long-form of storytelling you know of Terry Miles and by extension Tanis, and Minnow Beats Whale. Miles is a writer, producer, and director of multiple podcast mysteries. Terry’s shows are so real that sometimes it is difficult to tell the difference between fact and fiction. He utilizes sound effects, and historical notes, and pictures to set the scene and tell you a mystery in bite-sized podcast chunks. It is an addicting thing to listen to.

Now, Terry has taken one of his stories and put it into a new medium that of a novel, Rabbits. The first question I asked when I started this book was, “What is Rabbits?” The response was, “You don’t talk about Rabbits.” With that, the book sucked me in. Terry was kind enough to interview with us on his life, reading, writing, and Rabbits

GdM: Your bio quoted that you have lived in “Moose Jaw, Saskatchewan, raised in the plains beneath the foothills of the Rocky Mountains, and forged by rain in the deep emerald gloom of the Pacific Northwest.” How have these places affected you?

The plains and prairies of Alberta left me with a longing for flat horizons and huge skies, but it was the temperate rainforest along the West coast that eventually fashioned my love of the dusky kind of darkness that seems to continually inform my writing. Ever since I was a kid, I’ve been drawn to dark cinema and literature, and I feel like living in the Pacific Northwest (or because I’m from Canada, perhaps the Pacific Southwest?) was the first time I actually felt a physical embodiment of that type of darkness. 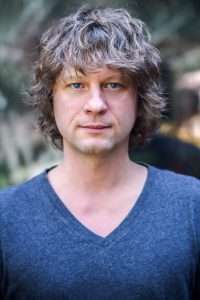 GdM: You are an individual of multiple talents. You write, direct, and produce. How is the creative process different from writing a book than producing a podcast, or directing a movie?

I actually started writing fiction. I went to school for Creative Writing (BFA, MFA from the University of British Columbia), and we were made to choose three genres. Mine were fiction, screen and stage. While I was there I made a movie that got into the Toronto International Film Festival, so that took me away from fiction for a while.

In my experience, when writing for different mediums, it’s important to lean into what each medium does best, dialogue, visuals, descriptive language, etc…although, to be honest, I never think about any of this stuff while I’m working. I feel like, if you want to write something, you really need to be a fan of that medium, and obsessively devour everything you can.

GdM: Tell me about The Public Radio Alliance and Minnow Beats Whale. How did they come about?

During Serial (Podcast)’s run, I came to the conclusion that it was unlikely a documentary podcast would be able to do that again. So, I decided I was going to make a “fake Serial.” I was tired of doing everything myself, so I talked a friend of mine I’d written a script with in the past into helping me co-write the series. I would take care of all the production stuff, mixing, music, etc…and recruit two friends of mine to play the narrator and the skeptic. This would become The Black Tapes Podcast, the first “fake Serial.” Six months to a year after we released The Black Tapes, the world of podcasting was flooded with things like Limetown, The Message and more. It’s been really exciting to watch the podcast space grow so quickly.

GdM: The reporting and stories coming out of Pacific Northwest Stories and Minnow Beats Whale are meticulously well researched and thorough. Have you had any listeners take everything for truth, as the 1938 War of the Worlds scripted drama?

Every single day we receive questions about the veracity of Tanis or Rabbits.

GdM: Tell me about ARGs. Where did the inspiration for this kind of storytelling come about, and how has it influenced you? You mention The Magus, Choose Your Own Adventure Books, Mass Affect, and many more on the podcast.

I’ve always been interested in stories that blend into and merge with real life. All I’ve ever wanted was the chance to take part in a genuine treasure hunt kind of mystery, a journey through the wardrobe, so to speak. 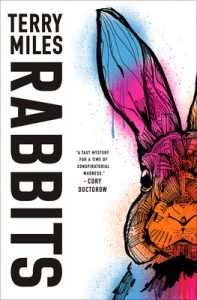 GdM: You have a way of creating stories with an addicting quality to them? What do you believe drives someone to come back to a story or conspiracy looking for more?

I feel like the best stories, like the best albums, have a quality of timelessness that lets you fold back into them again and again, either discovering something you hadn’t noticed before or reveling in the familiarity of certain moments and phrases. Something I try to do (and I have no idea if I’m successful or not), is attempt to construct a world that feels like it’s just one small section of something much bigger like there are interesting secrets and characters still waiting to be discovered outside the novel or podcast or film, etc…

GdM: Is there an internet story, conspiracy, or creepypasta that scared or creeped you out? For me, it has been 20 years since Ted the Caver, and it still creeps me out.

There are so many, but the Dionaea House by Eric Heisserer was by far my favorite.

GdM: What is Rabbits?

It’s a name given to a nameless game that, allegedly, exists.

GdM: How would you describe Rabbits to a new reader?

I would say that it’s my attempt to describe a mystery that I’ve been obsessed with for a very long time.

GdM: Rabbits has a strong element of mystery to it. Were you influenced by mystery stories growing up? And if so, which ones?

I didn’t read mystery stories growing up, but I read a lot, every single day. Early on it was stuff like Fritz Leiber, Michael Moorcock, Frank Herbert, Stephen King, the Middle Earth, and Narnia books, then it was all literary fiction: Amy Hempel, Richard Yates, Ford, all the Richards.

GdM: Can you tell me a bit about the rules of Rabbits?

From what I’ve been able to piece together, the biggest (and perhaps only) rule of Rabbits is, you don’t talk about Rabbits. 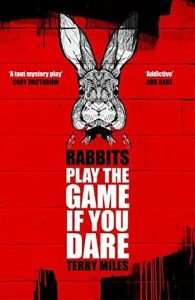 GdM: Who is K as a character?

K is the protagonist of the book. We experience the world of Rabbits through K’s eyes.

GdM: Rabbits talks a lot about collective obsession, specifically when it comes to games. Did you do a lot of research on this? It seems like a deep, pardon the pun, rabbit hole to go down.

I did a lot of research into obsession, but sadly, most of the obsessive behavior, at least as far as gaming goes, comes from first-hand experience. When I was a kid, I was pretty obsessed with games and gaming (along with books and music).

GdM: What is next for you? Do you have plans to do adaptions of your other serial podcasts?

I’m currently working on the next book, and a whole bunch of podcast stuff. I’ve never really thought about the Rabbits novel as an adaptation, but I suppose it is, technically? I didn’t really think about the podcast before or during the writing of the book, although, of course, it does share the name. The book and the podcast are completely separate stories and, although they might exist in the same universe (and they might not), there is little to no overlap. I’ve sold all of the podcasts for television (some more than once), but have yet to get any of them greenlit to series. Hopefully soon!

Thank you for interviewing with me! This was so fun to read and get into.

Thank you for having me! I really enjoy talking about books!