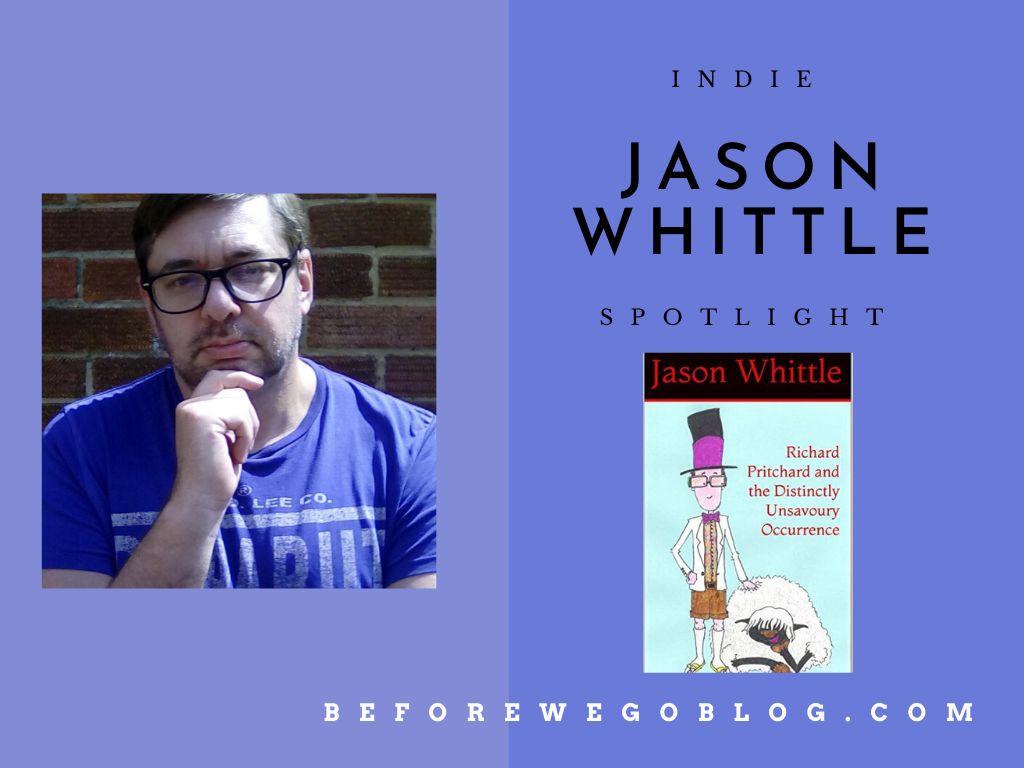 Jason Whittle “I love the English language, and the things you can do with it, and am always looking to innovate and entertain.”

It’s great to be here! I’m a multi-genre author, published in horror, fantasy, crime, children’s fiction, and sports writing, often with the styles overlapping and intertwining. I love the English language, and the things you can do with it, and am always looking to innovate and entertain.

My debut novel, many years in the making, was a zombie horror titled The Dead Shall Feed, which was published in 2011 and is long out of print since the publisher went bust, but a rewritten, improved version will be out this year or next, either via submission or self-publishing.

It would appear I was in the wilderness for a few years after that, but I was getting a few short stories published, gaining a degree and making serious progress on a Masters, and writing drafts of projects which would be released much later. So when I decided to self-publish in 2016, it looked like I was a complete newcomer, when in fact I was anything but.

I started low-key with a duplex of two short stories about Welsh coalmining disasters, Aberfan and Senghenydd, on e-book only and priced at the minimum 0.99, to feel my way into self-publishing gently. Then, once I felt I had a handle on it, I started releasing longer works, also available in paperback.

Later in 2016 came Midlife Crisis, which begins as a cheeky romantic comedy, which gradually morphs into something much darker and deadlier. But I fully embraced the lighter side in 2017 with the release of my family friendly crime comedy Richard Pritchard and the Distinctly Unsavoury Occurrence, about a Welsh private detective who is brave, brilliant, but virtually blind.

I didn’t self-publish in 2018, but it saw the release of Escaping Firgo from the award-winning small press Grimbold Books. It’s a creepy mystery, which builds in tension and suspense without significant violence or any bad language. This was partly due to setting myself a challenge to achieve such a feat, but mostly because I was writing it in my lunch breaks at work and emailing home, and didn’t want to trigger the profanity filters!

Also in 2018 I had a couple of zombie short stories included in charity anthologies, one of them a continuation of the original Dawn of the Dead, in the George Romero tribute anthology, which was definitely a major honour and a career highlight.

My three books since then have all been about English football; two of them, Vinnie and Me, and Chester City and Premier League, We’re Having a Laugh, are the fictional memoirs of a football manager, and new release The Biggerest Ask and other Football Stories has a classic underdog tale as its main story, backed up with a selection of my best blogs, articles and anecdotes of the last few years.

I am currently studying crime fiction for a PhD, but have several projects in the pipeline, awaiting release in the near or nearish future. These are the aforementioned The Dead Shall Feed rewrite, my crime and speculative fiction collection, Wrong’Un and Other Stories, and the third in my football management series, Boring, Boring Chester. And if my study schedule allows, I’d love to finish Passport to Portsmouth, a gentle political satire in which a small English city, situated on an island, claims independence from the UK.

Shining a helmet-mounted headlamp on the two worst disasters in Welsh coalmining history. In Senghenydd we follow one man’s desperate bid for survival against the odds. In Aberfan, we hear a survivor’s account of all that she lost on one tragic day. Both tales show the brave and indomitable spirit of the Welsh coalmining community.

But helped by his sidekick and ‘eyes’, Catherine Zeta Jenkins – the most beautiful girl in Bryngwyrdd Mawr – he becomes the first private eye in his corner of the valleys.

From sheep rustlers to cheating husbands, no wrongdoer is safe when Richard Pritchard’s on the case!

Jason has had one novel and a handful of short stories published; mostly in horror fiction, but he writes in a variety of genres. Alongside his fiction work he is also a sports writer, and has a regular column in the Chester FC matchday programme, while a one-off piece appeared in the official Southampton FC supporters’ yearbook 2014-15.

He is currently finishing an MA at the University of Winchester, for which this project will be the dissertation, and he intends to follow it up with a PhD. His novella Escaping Firgo will be published by Kristell Ink later in 2017 or early in 2018, and several self-published titles are currently available.