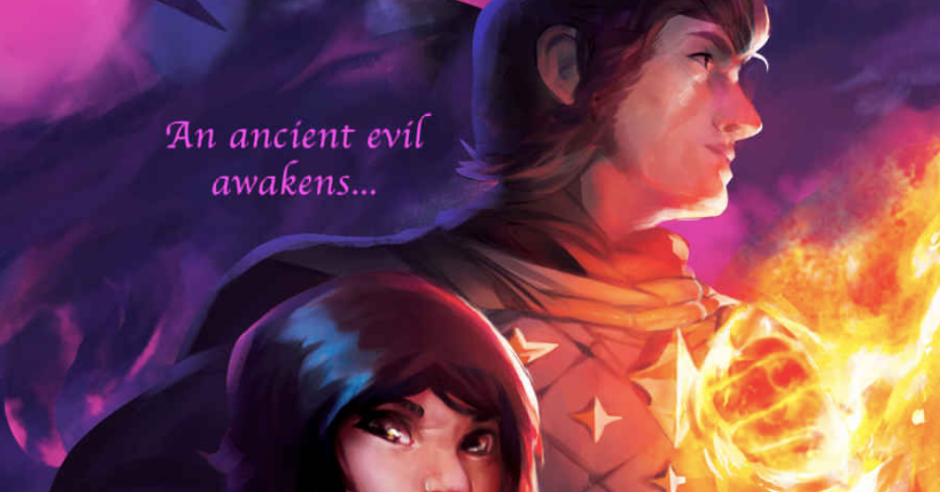 When Jinji’s home is destroyed, she is left with nowhere to run

When Jinji’s home is destroyed, she is left with nowhere to run and no one to run to – until she meets Rhen, a prince chasing rumors that foreign enemies have landed on his shores. Masquerading as a boy, Jinji joins Rhen with vengeance in her heart. But traveling together doesn’t mean trusting one another, and both are keeping a deep secret – magic. Jinji can weave the elements to create master illusions and Rhen can pull burning flames into his flesh.

But while they struggle to hide the truth, a shadow lurks in the night. An ancient evil has reawakened, and unbeknownst to them, these two unlikely companions hold the key to its defeat. Because their meeting was not coincidence – it was fate. And their story has played out before, in a long forgotten time, an age of myth that is about to be reborn…

The Shadow Soul is a finalist in the SPFBO. It’s a young adult book, the first in A Dance of Dragons series. This book is sort of a mixed bag for me. It’s got some serious good points, but in the end I felt like the plot veered away from its original goal a bit.

The first thing I feel like I should mention, which really isn’t a positive or negative point, just a point for me to make, is the series title A Dance of Dragons will make many people instantly thing of A Song of Ice and Fire, and that’s a bit misleading. These two series are so vastly different they can’t really be compared, but I do feel like that series title might lure some people in who will wind up reading something they don’t expect to read.

Kaitlyn Davis does a wonderful job at setting up a diverse, sprawling world with diverse cultures. Jinji is a character who instantly intrigued me. She’s from a group of people who have recently been destroyed, and vengeance is her real end goal. She wants to find the people who destroyed her people, and she wants to ruin them. It’s a sentiment we can all relate to in one way or another. What I loved about her, was how wonderfully Davis built up her culture, and the land she came from, not really sparing any of the details.

On the other side, we have Rhen, a prince from the west who is hiding, and on his own quest. The two characters start to travel together, each with their own secrets and own end goals. And all of that, all of that setup is masterfully done. I loved the characters, I felt for their plight, the development of the world and their motivations was perfection itself.

The magic system was quite captivating as well. Rhen’s ability to absorb fire is interesting, and I loved seeing how it affected him, and how he could use it. Jinji’s ability to see elemental spirits is also quite unique. It gives her some insight into what Rhen is hiding, but it also helps them while they travel, and it gives another insight into this land that Davis has created.

So, this is all good. Good writing, good world, good characters, good magic. What was it that was hit a little lower than the mark?

Really, the crux of the matter lies in how Jenji’s story and motivation got swallowed up into Rhen’s story. While the book started out with two different people, and two different goals, eventually Jenji just sort of forgot about hers, and became focused on Rhen’s. This frustrated me, because Jenji was a really interesting character and I was disappointed by how she became so focused on Rhen, losing sight of her own goals.

Secondly, this is a pretty typical young adult book. There are two protagonists of different backgrounds who are slammed together and forced to work through this Big Thing, while keeping their own secrets under wraps. The world and the magic system are different, and the characters are unique and captivating, but the bare bones of the story is kind of typical, and that was disappointing because everything else about it was really well done. I do think, however, that the author has set the stage for some really interesting things to happen in future books.

The Shadow Soul was good, but it didn’t quite blow me away. I do think the series has blow-me-away potential, but this book just fell short of that for a few important reasons. That being said, don’t avoid reading this one. The story is well written, the plot is interesting, and I absolutely loved the world and the protagonists. Despite the aspects of this book I picked on, I am interested enough to continue on, and that, my friends, says something important right there.